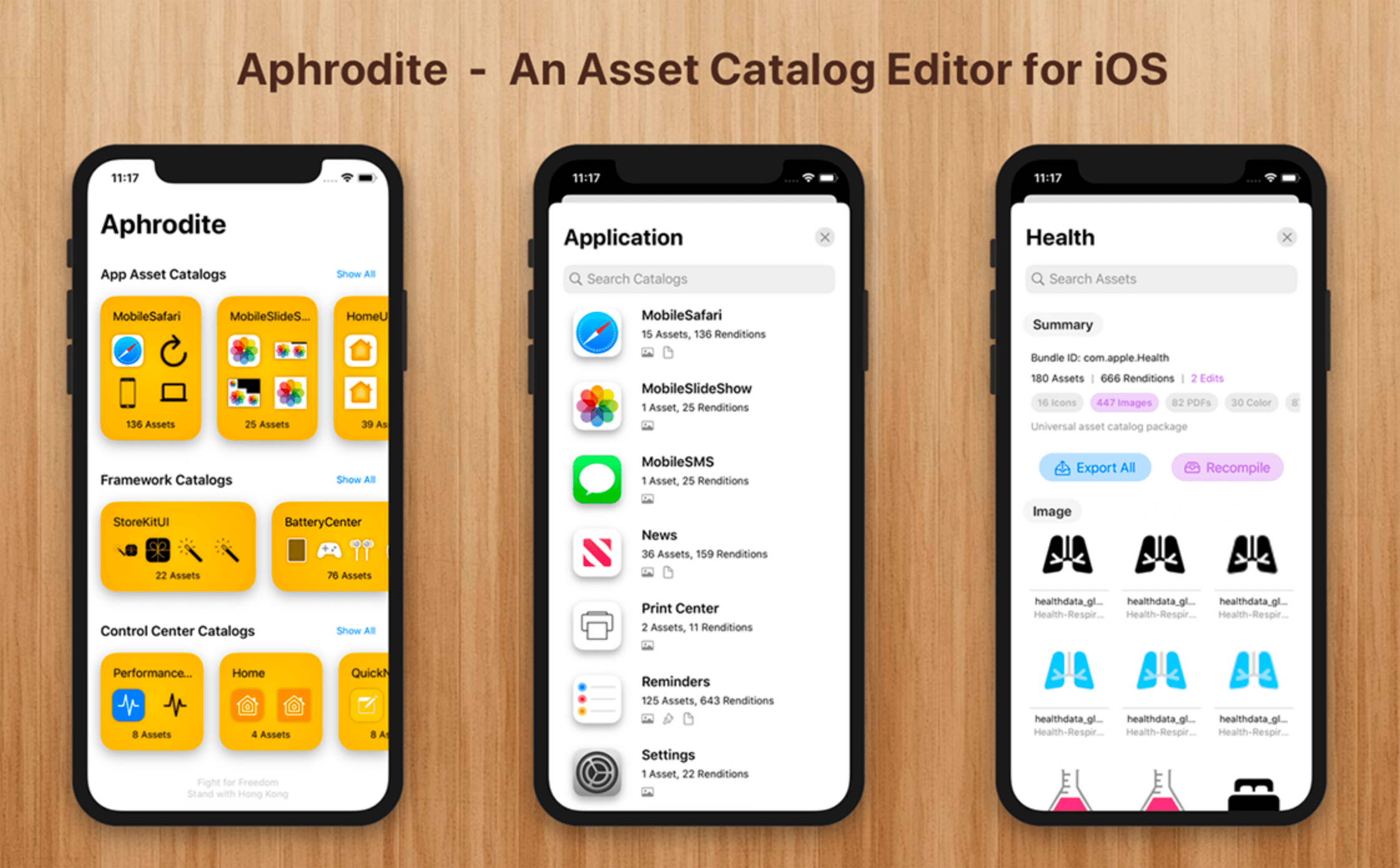 Jailbreaking has long been regarded as a means of taking control of your iOS device from Apple. Whether you achieve this by tweaking, theming, or tinkering with the very filesystem itself, there’s a little something for everyone. But sometimes, being handed this much freedom over your device in one fell swoop can seem just a teeny bit complicated, if not downright intimidating.

From what we can gather, Aphrodite is a full-fledged Asset Catalog Editor for iOS 13, and this means that it can help you dig into your handset’s apps and interfaces. With it, you can browse, search, export, and even edit assets pertaining to apps, frameworks, and the Control Center interface. The end result? ­– Custom aesthetics for things like app icons, glyphs, interface elements, and more.

In the screenshot examples above, you can discern just how intuitive the Aphrodite interface truly is. This well-built app gives you supreme access to files that you would normally only be able to access from an advanced file browser such as Filza, and it spells everything out for you in an easy-to-follow manner.

From the release post published on /r/jailbreak, we learn the following facts about Aphrodite:

– Edit and recompile Color, PDF and other data types

Aphrodite appears to be limited to images and icons as of the second beta, but we should witness rapid progression with support for more editing features in the near future. What’s more is that while the project is iOS-only at this point in time, the developer appears to have an interest in making a macOS-version of the utility at some point in the future (presumably after this project matures).

The Aphrodite project is open source on the developer’s GitHub page, and those interested in tinkering with the beta can download it for free from Joey GM’s beta repository via their preferred package manager.

If you aren’t already using Joey GM’s beta repository, then you can add it with the following URL:

Are you excited to see what becomes of Aphrodite? Share your thoughts in the comments section below.