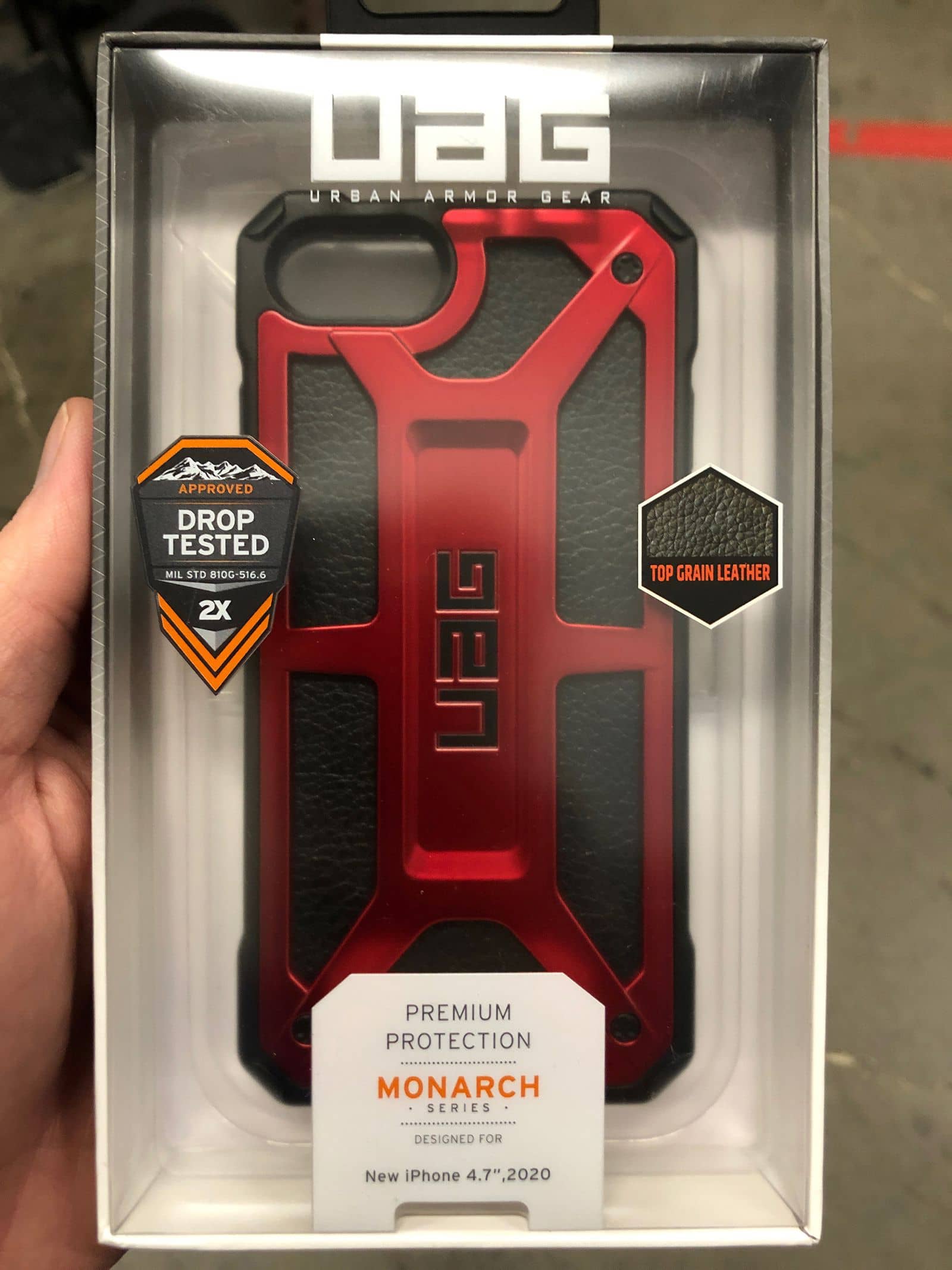 Earlier this year, there were rumors that Apple was going to host an event at the end of March and launch its upcoming, and oft-rumored, “low-cost iPhone” in the beginning of April.

The event itself obviously didn’t happen as the global coronavirus pandemic makes large crowds an impossibility in many regions, but the early April release date is certainly still a possibility. And if a new case leak is any suggestion, we may start wanting to circle the calendar (in pencil). This is all based on a single image (via MacRumors) of an Under Armor Gear, or UAG, case for the “New iPhone 4.7, 2020” that’s present at the big box retailer Best Buy.

The photograph, which you can see at the top of this article, shows off a case that’s still in its packaging, but the phone the accessory is designed for is labeled near the bottom. The fact that the upcoming iPhone isn’t specifically called out as the “iPhone SE 2” or “iPhone 9” isn’t all that surprising, considering the case was made before Apple made any official announcements on the matter.

According to the Best Buy employee who shared the photo with the publication, employees have been told not to put the case on the store shelves until April 5, 2020. That would be next Sunday. And if we remember the initial reports regarding a potential March event and an early release date, that could mean we may still see Apple release the new low-cost iPhone sometime this week. Maybe it goes on sale this Friday, April 3, which would line up with the earlier rumors.

And if Apple does announce a new iPhone, expect it to be handled with a press release and nothing more.

As far as the rumors are concerned, the handset has been named the iPhone SE 2 and iPhone 9 on more than one occasion, but we simply don’t know which one –if any– Apple will choose to go with. The former of the two has been the go-to option for quite some time, considering the rumored starting price of the handset at $399 and the iPhone SE it would effectively be replacing.

However, the new low-cost iPhone is said to look practically identical to the iPhone 8, including a physical Touch ID sensor, bezels below and above the 4.7-inch display, and a single camera on the back. The new handset will reportedly be outfitted with the A13 processor, though.

It is also worth noting that a previous report suggested Apple is also working on an “iPhone 9 Plus”, a larger variant of the smaller low-cost model, so we could be seeing Apple launch two new phones this week.