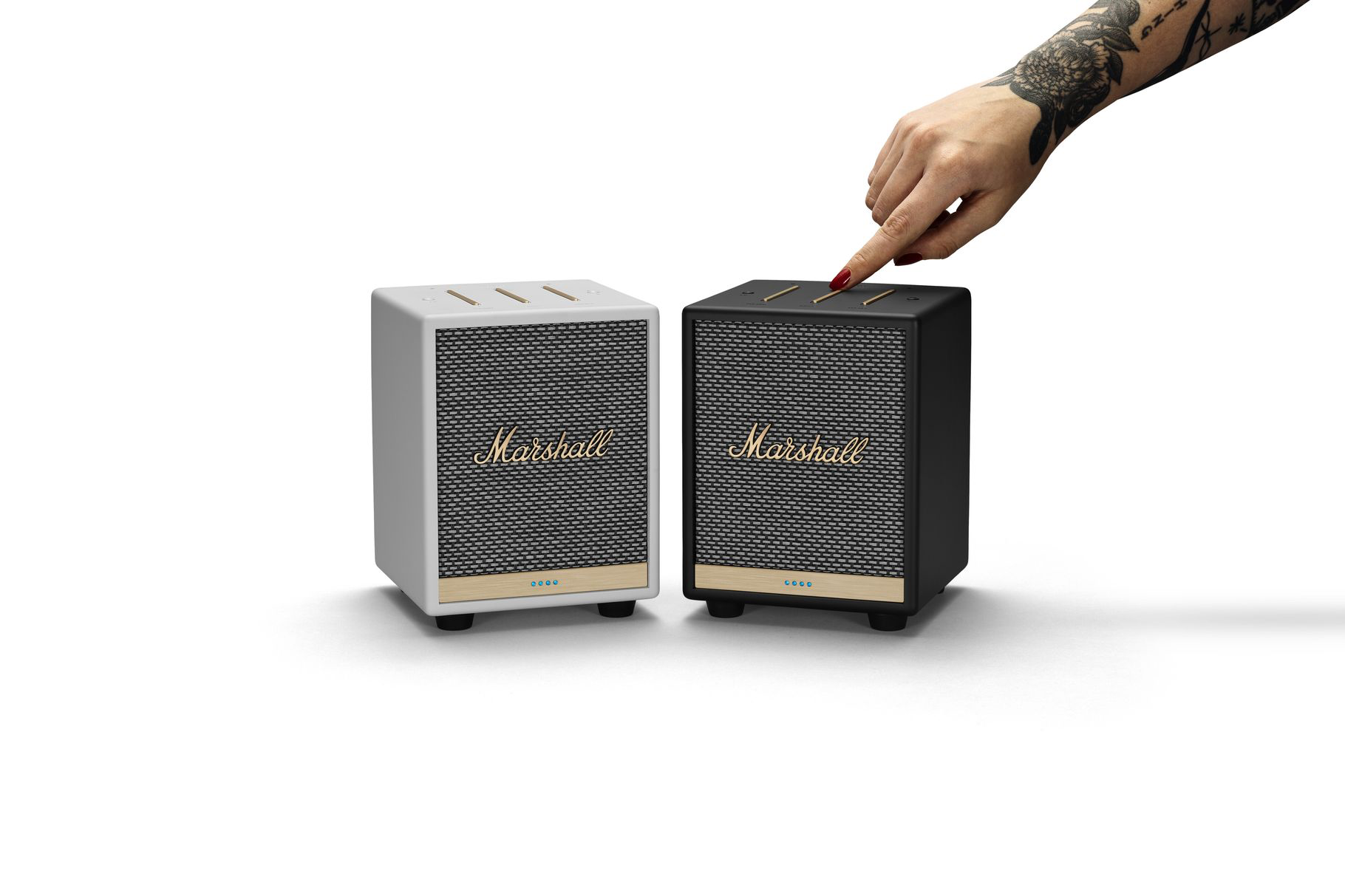 Marshall isn’t a complete stranger to smart-enabled speakers, and now the company has just introduced yet another option for fans of the brand.

Introducing the new Uxbridge Voice, a brand new smart speaker from Zound Industries. It’s a Bluetooth speaker, and keeps the design relatively compact. But the most notable new addition is the inclusion of AirPlay 2 support, Apple’s streaming technology. This means you can get multiroom support for listening to content, as well as asking Siri to play music from the speaker as well. The Uxbridge Voice speaker will also be recognized in the Home app.

The physical design of the Uxbridge Voice is a bit different than in past iterations of Marshall-branded speakers, as noted by The Verge. Instead of opting for guitar amp-style knobs for physical controls, this speaker uses volume rockers, which will let owners change the volume, treble, and bass. There’s a dedicated button to disable Alexa’s far-field microphone, and a dedicated play/pause button as well.

Sound Industries says that Google Assistant support is coming on June 11, too. However, not to this version of the Uxbridge Voice speaker. The company will be launching an entirely different variant that supports Google Assistant out of the box, rather than simply adding support via a software update. So if you prefer Google’s digital assistant over Amazon’s, you’ll want to wait for that option.

This version of the Uxbridge Voice launches on April 8. It will cost $199 when it arrives.