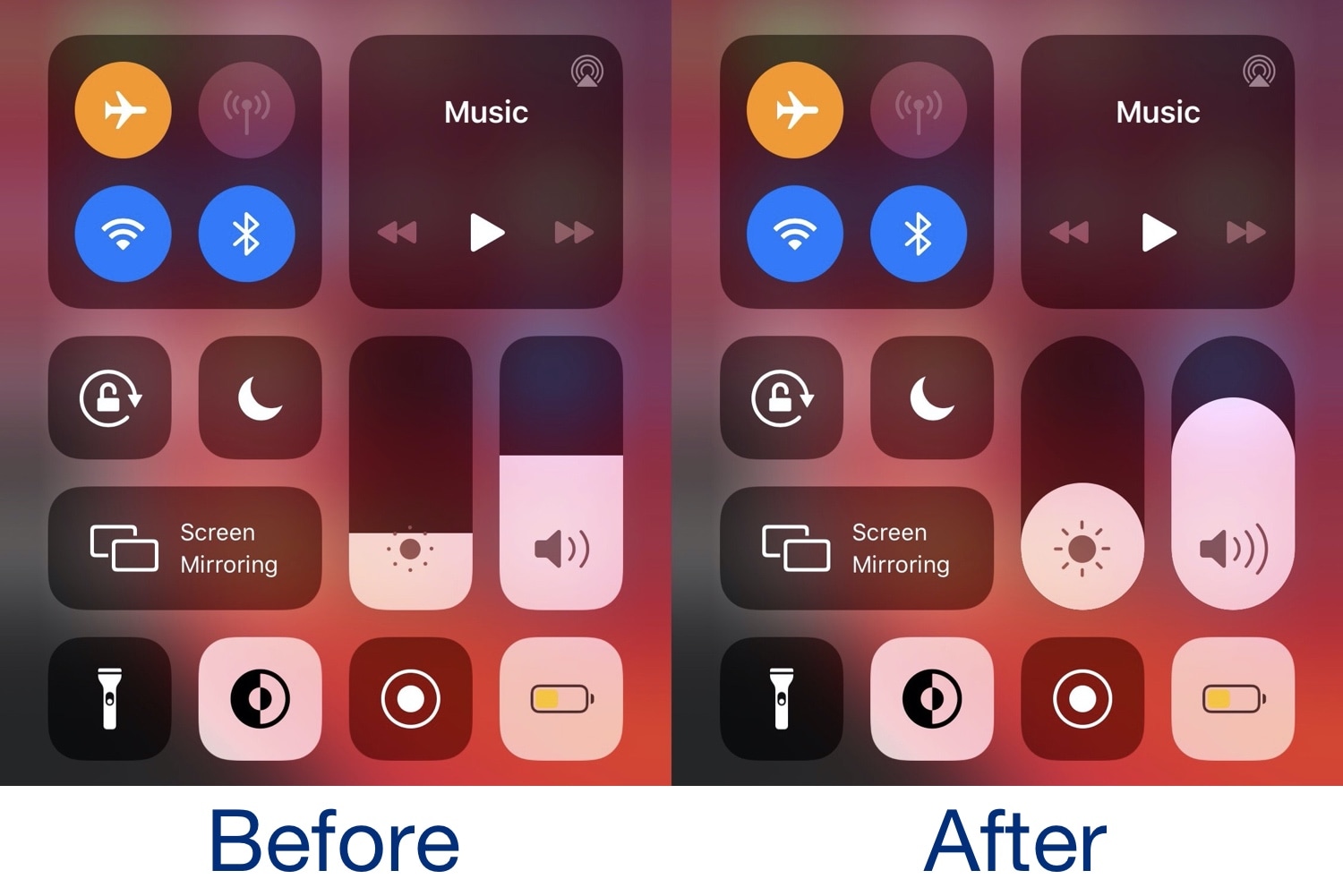 If you’re enjoying a jailbroken installation of iOS 13 by way of either checkra1n or unc0ver and you’re interested in making your Control Center interface more discernible from a crowd, then you just might take an interest in a newly released and free jailbreak tweak dubbed PillVolume by iOS developer neoney.

As depicted in the before and after screenshot examples above, PillVolume substitutes Control Center’s conventional rounded-corner (but rectangular) brightness and volume sliders with an alternative pill-shaped design that appears much rounder by nature.

In addition to making the sliders more pill-shaped in general, users should also find that PillVolume makes the brightness intensity and volume level fills inside each slider substantially rounder near the top post-installation.

While PillVolume certainly makes Control Center look a bit different than it does out of the box, it’s also worth noting that the effect is purely cosmetic. PillVolume doesn’t affect the brightness or volume slider function in any way, and so the decision to install the tweak comes down to whether you like what you see or not.

Personally, I can take it or leave the new aesthetics, but with the rest of the Control Center interface sporting squarish modules with rounded corners, the tweak breaks the monotony and makes things a bit more interesting.

If you’re interested in trying PillVolume, then you can download the tweak for free from the Packix repository via your preferred package manager. Furthermore, PillVolume supports jailbroken iOS 12 and 13 devices and doesn’t come with any options to configure.

Will you be taking advantage of the aesthetics PillVolume brings to the table? Share your thoughts in the comments section below.