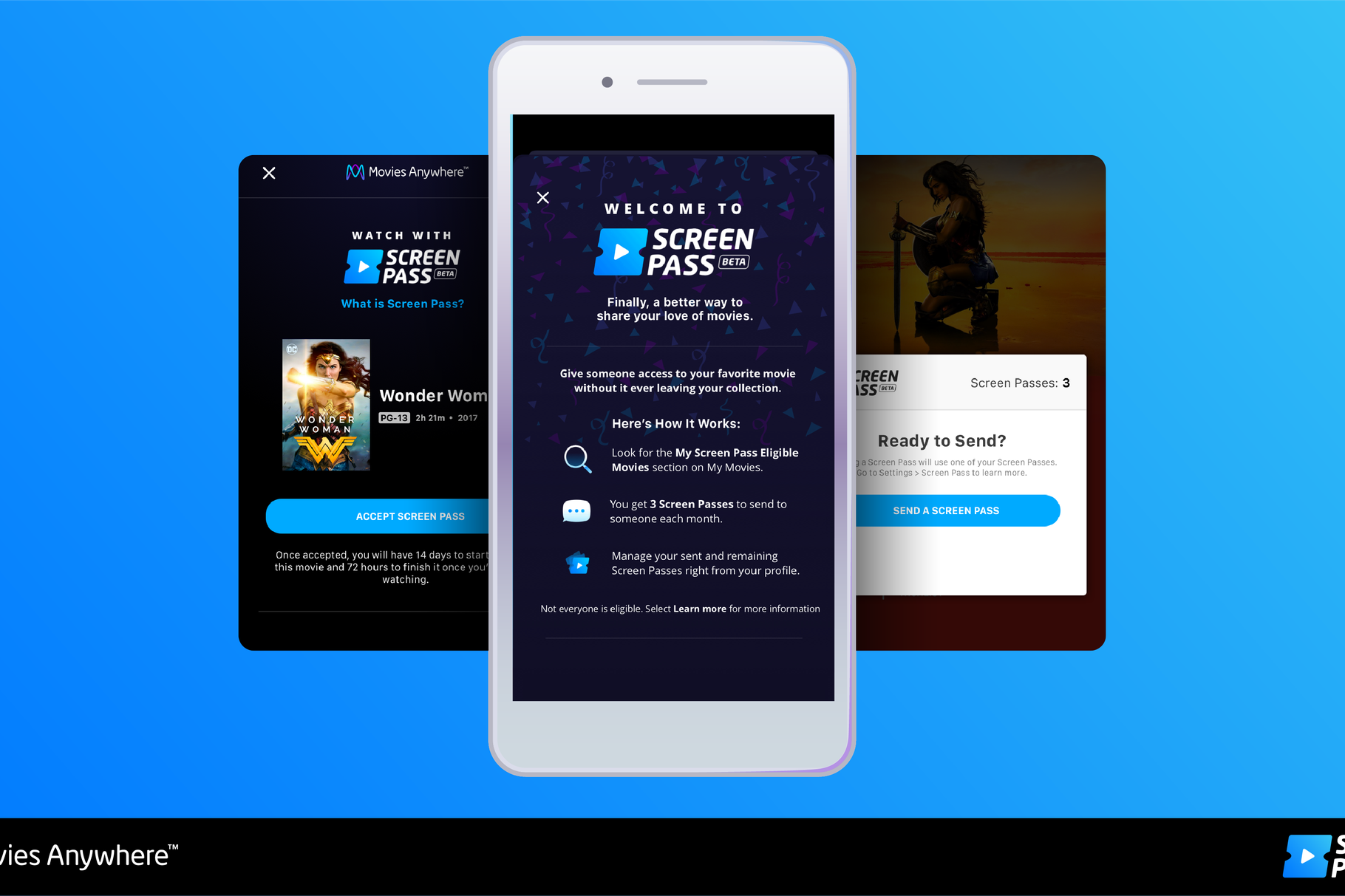 There are ways to share your digital movie collection with friends and family, but it usually requires password sharing and that might not be an option for everyone who wouldn’t mind sharing a film or two.

Movies Anywhere, the digital service from Disney that syncs up your catalog of films (released by participating production studios) from platforms like iTunes, Amazon Video, Vudu, and Google Play, is currently testing a new feature called “Share Pass”. As the name suggests it’s a new way for Movies Anywhere customers to quickly and easily share up to three movies a month with friends and family — as long as they have a Movies Anywhere account as well.

Sharing a purchased film means the person you’re sharing with will have seven days to accept the film you want to show them, which then gives them access to the film for 14 days total. However, if they start watching it they will then have 72 hours to finish it. Unused passes will not roll over each month, so you can’t bank them. However, the three-share limit will reset on the first of every month, and there is no limit to how many times you can share a single film, or to a person for that matter.

According to the announcement from Movies Anywhere (via The Verge), there are over 6,000 titles available on the service that can be shared right now, which accounts for just over 80% of its catalog. That number will likely grow even before the service reaches the open beta stage, which is expected to arrive in May. However, it’s worth noting that some production studios aren’t on board with the Movies Anywhere idea just yet, so you still won’t be able to share films from MGM, Lionsgate, or Paramount.

The full launch of Screen Pass is expected to arrive later this year. The company is launching the closed beta today, beginning at 4:00 PM ET/ 1:00 PM PT. Once the test starts, you may still be able to try out Share Pass even if you don’t get in, because Movies Anywhere is allowing folks who do get in to share films with individuals who don’t get accepted into the closed beta. You just won’t be able to share films directly.

What do you think of this idea? While the three-film limit might be a bit annoying sometimes, it’s great that it resets every month and there’s no express limit to how many times a film can be shared or who you can share to.