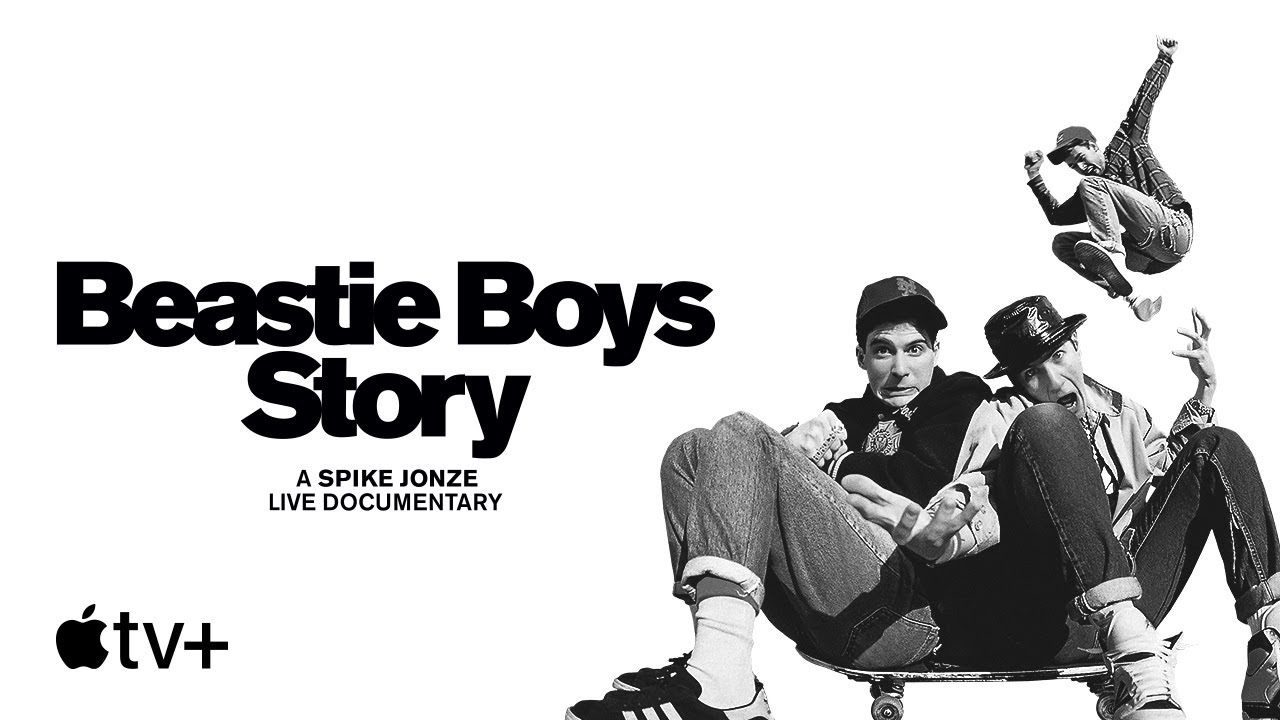 Back in January we heard that renowned director Spike Jonze (Her, Being John Malkovich) and long-time collaborator with the Beastie Boys had made a live documentary about the legendary band. Best of all: it was coming to Apple TV+.

Since then, things have gone quiet about the upcoming project for Apple’s video streaming service. We did get to see a very brief teaser video for the upcoming documentary just before the end of January, but that was barely enough to whet the appetite. According to the information tagged along with the new official trailer, Beastie Boys Story, about the rap trio finding inspiration in themselves and ultimately inspiring the world around them, will premiere in select IMAX theaters on April 2.

It will make its Apple TV+ debut on April 24.

Mike Diamond and Adam Horovitz tell you an intimate, personal story of their band and 40 years of friendship in this live documentary experience directed by their longtime friend and collaborator and former hall monitor, Spike Jonze.

This documentary is pretty exciting for fans of not only the band, but music in general. The Beastie Boys have had an amazingly long career, full of successes and everything in between. Plus, with Spike Jonze behind the camera helping to tell their story, it’s sure to stand out. The only bad part is we have to wait until April to see it.

Apple was going to premiere the new documentary at this year’s SXSW Film Festival, but, due to the coronavirus, the company opted out of attending the event.

So, are you looking forward to this documentary? Will you try to catch it in an IMAX theater if you can?