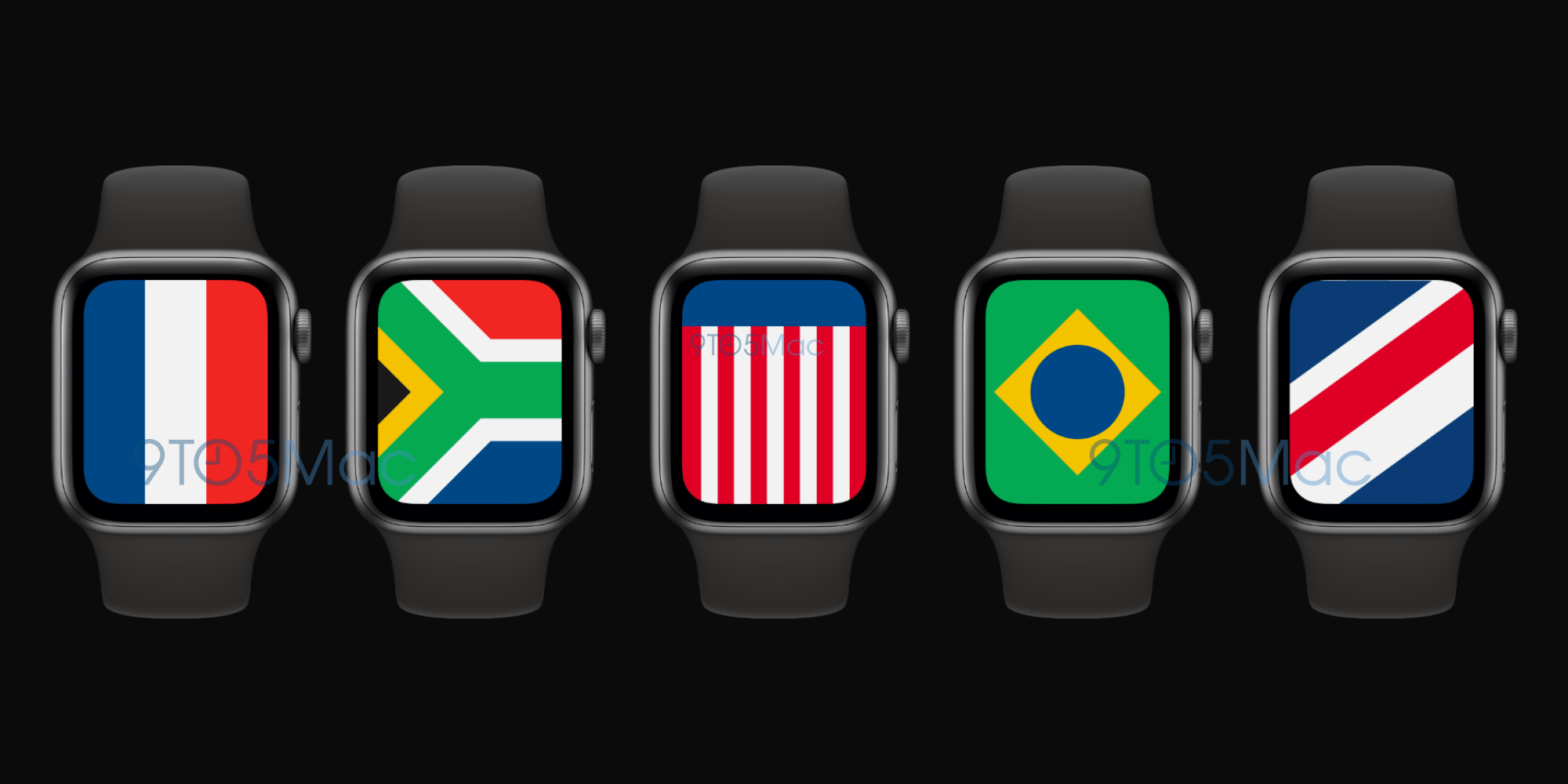 While there might not be evidence quite yet that Apple is (finally) going to allow third-party watch face support for the Apple Watch, that doesn’t mean there aren’t new watch faces coming down the pipe anyway.

As reported today by 9to5Mac, watchOS 7 — expected to be the next major version of Apple’s mobile operating system for the Apple Watch — will feature a brand new watch face called “International”. As you can probably guess from the name of the new watch face, this will be all about showcasing countries from around the world. In this case it will be country flags, which will be present the flag as the watch’s background.

Unfortunately, there are some details missing. As you can see from the image at the top of this article, that’s how this watch face will look — without any complications. The report does not include any information about what type of complications will be supported by the International watch face. So it’s possible you could just be looking at the current time with the flag in the background. Maybe it’s even a motion background and the flag will wave softly when you check the time.

It’s also possible it will support a variety of complications, making it just as helpful as it is eye-catching.

This is just one of the new watch faces that watchOS 7 is reportedly bringing to the Apple Watch at some point in the future. In a previous report we told you about the new “Infograph Pro” watch face, which will include a tachymeter around the dial of the watch, which will help users measure speed and distance based on travel time.

We’ve also heard a lot about watchOS 7 and the upcoming Apple Watch Series 6 so far, long before Apple gets around to officially unveiling either one. That includes sleep tracking coming to the wearable, the ability to share watch faces with other Apple Watch owners, more options for kids, blood oxygen detection, and more.

What do you think of this International watch face? Think you’ll equip it on your Apple Watch?