There are a variety of different ways for an app to make it to users, as far as revenue is concerned. And a new survey shows what’s popular with many developers out there.

Dave Verwer is an iOS developer and decided to reach out to others in the community, which ultimately turned into what’s being described as the largest iOS developer community survey to date (via 9to5Mac). According to Verwer’s site for the survey, it took place over the course of four weeks (between December 6, 2019 and January 7, 2020).

2,290 people responded to the survey.

As developers, more and more of our interactions happen on the internet, and that can be problematic. Twitter and other social networks are echo chambers, and it’s easy to be influenced by the voices of prominent members of the community. That’s not always a good thing, and I know I’m part of the problem! The fact that so many of you read my words every week is a responsibility I take seriously.

The survey covers a lot of topics, ranging from platform development, Swift on the server, general developer tools, and development for iOS and macOS. Machine learning and augmented reality (AR) are also included in the survey. And I’m going to go ahead and start with AR as I cherry-pick through the results here.

There are five questions in this category. The first question was answered by 91% percent of respondents (which is why it caught my eye), and the results are certainly interesting considering how important AR is to Apple in general.

It turns out, based on the iOS developers who responded, not a lot of devs are all that interested in AR right now. Specifically, rating interest in “AR technologies with today’s hardware” from 1 to 10 shows that most are just not primed for augmented reality technologies in its current state. 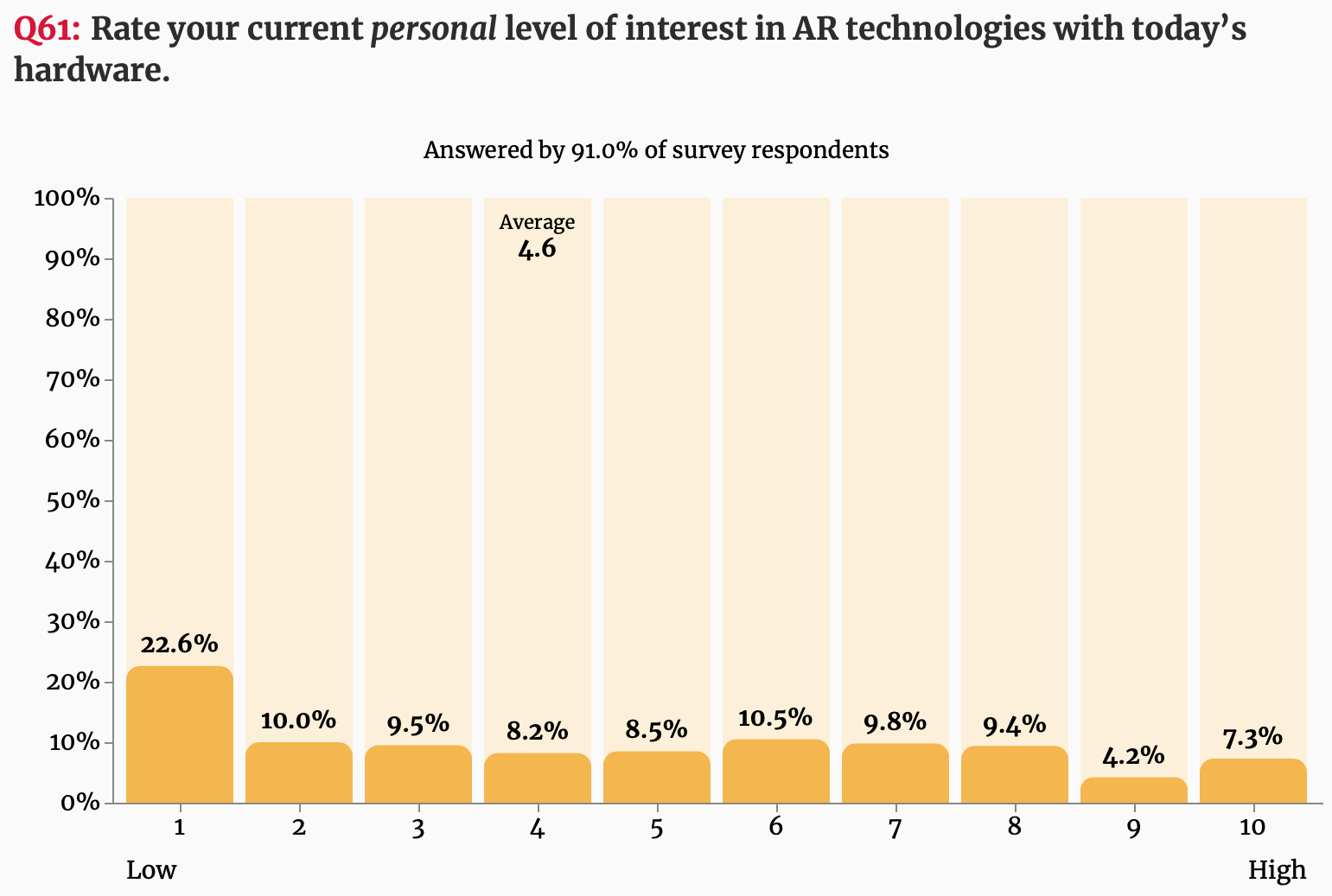 Moving right along to iOS development. Luckily, 42.0% of respondents said they are highly interested in developing iOS apps. So that seems like good news, especially considering this is an iOS developer community survey. And that’s from 99% of survey respondents.

Now, to revenue models. It’s worth noting that only 65.1% of survey respondents committed to this particular question. Still, the results are interesting. With in-app purchases being so dominant these days, and one expecting developers would lean into the “popular option” at the time, it’s interesting to see that 44.4 percent of the respondents said they are relying on “completely free” apps for their personal/hobby iOS apps. 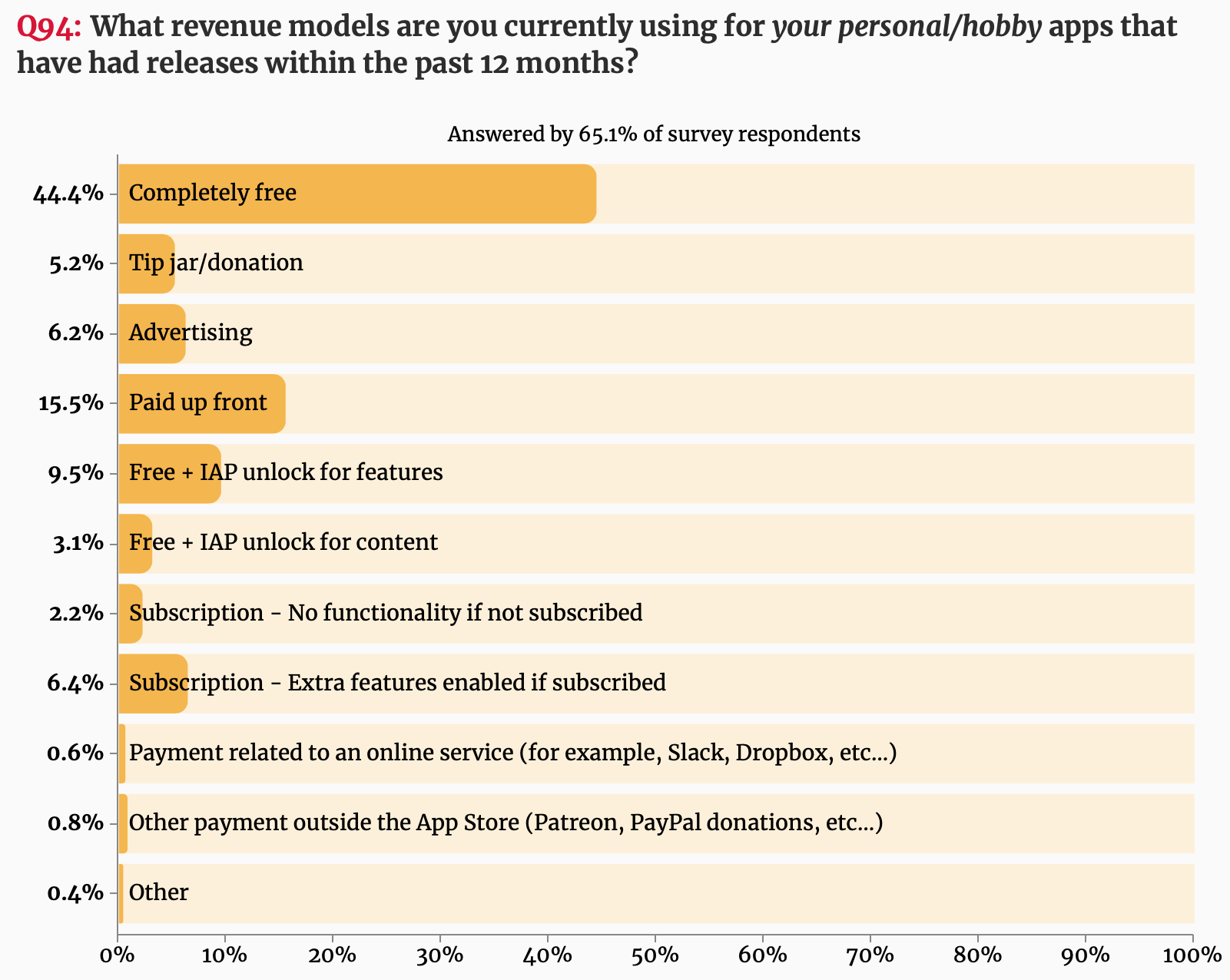 How about business apps? Completely free takes the top spot yet again, coming in at 40.8% — and 79.4% of survey respondents answered this particular question. 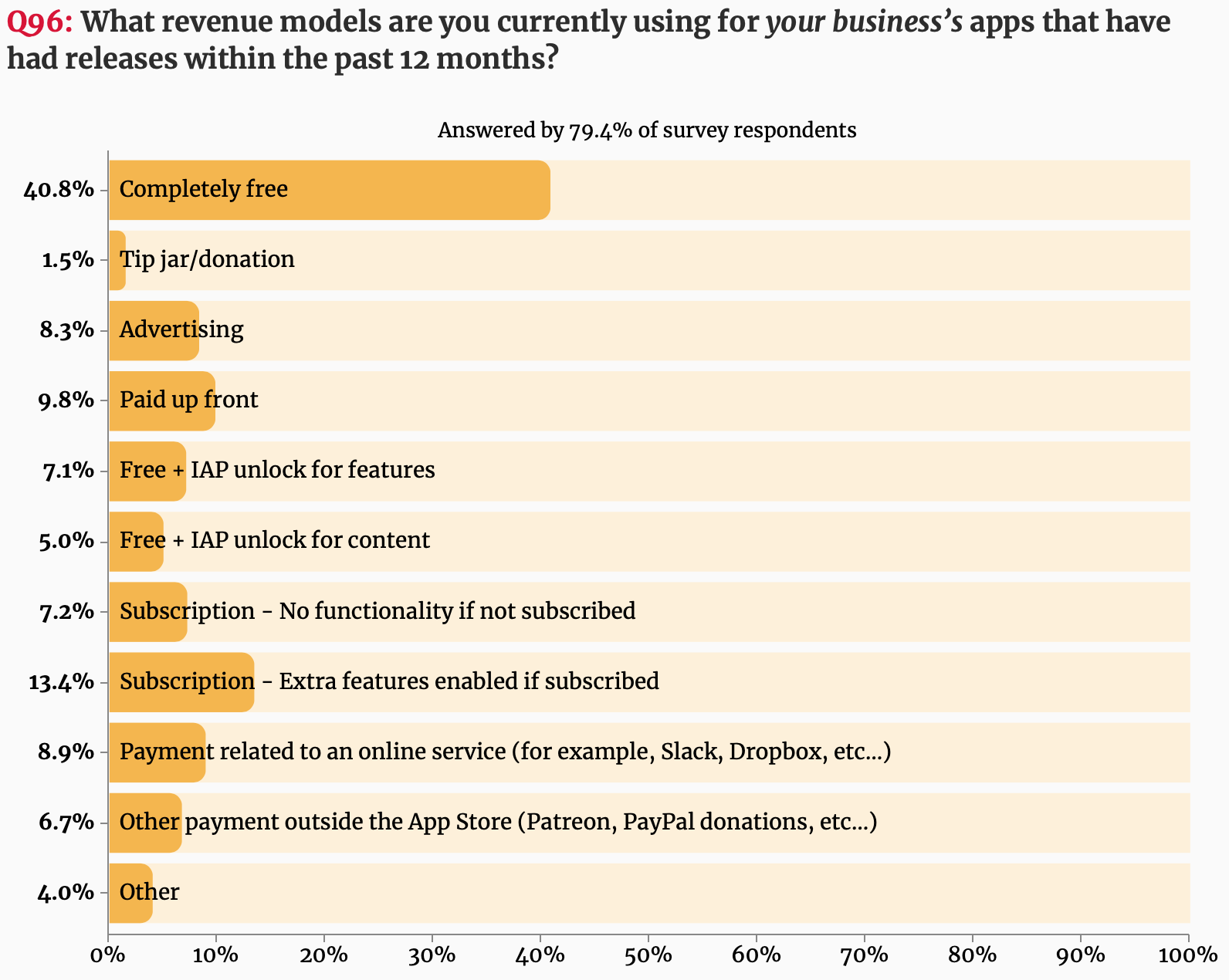 What do you make of these results, both for revenue models and interest in augmented reality? Surprised by any of it? Let us know in the comments.