In a somewhat miraculous turn of events, it appears that popular jailbreak-centric utilities including the likes of Cydia Impactor and ReProvision have started working again for some users.

The news came first by way of ReProvision lead developer Matt Clarke, who confirmed with us via email that ReProvision was actually alive and well again starting Sunday evening. Tweets shared publicly reveal that the tool was updated over the weekend to bypass the ‘that’s all folks’ message that denoted the tool’s EOL (end of life) and also that the tool wouldn’t be updated anymore if it broke a second time:

For those who don’t already know, ReProvision allows for on-device signing of side-loaded apps, such as the unc0ver jailbreak. With it, users can use their Apple ID linked to a free developer account to sign any side-loaded app for seven days. It comes in handy when users aren’t able to get to a computer after an accidental reboot when he unc0ver app is no longer signed on the device in question.

As of now, the latest version of ReProvision is 0.5.2~EOL, which is still technically an end-of-life build since we don’t actually know how long this sudden miracle will continue. As always, the tool is available via the incendo repository from your package manager of choice. The full repository URL is as follows:

In addition to ReProvision, several users of Cydia Impactor have also Tweeted about the computer-based signing tool beginning to work again: 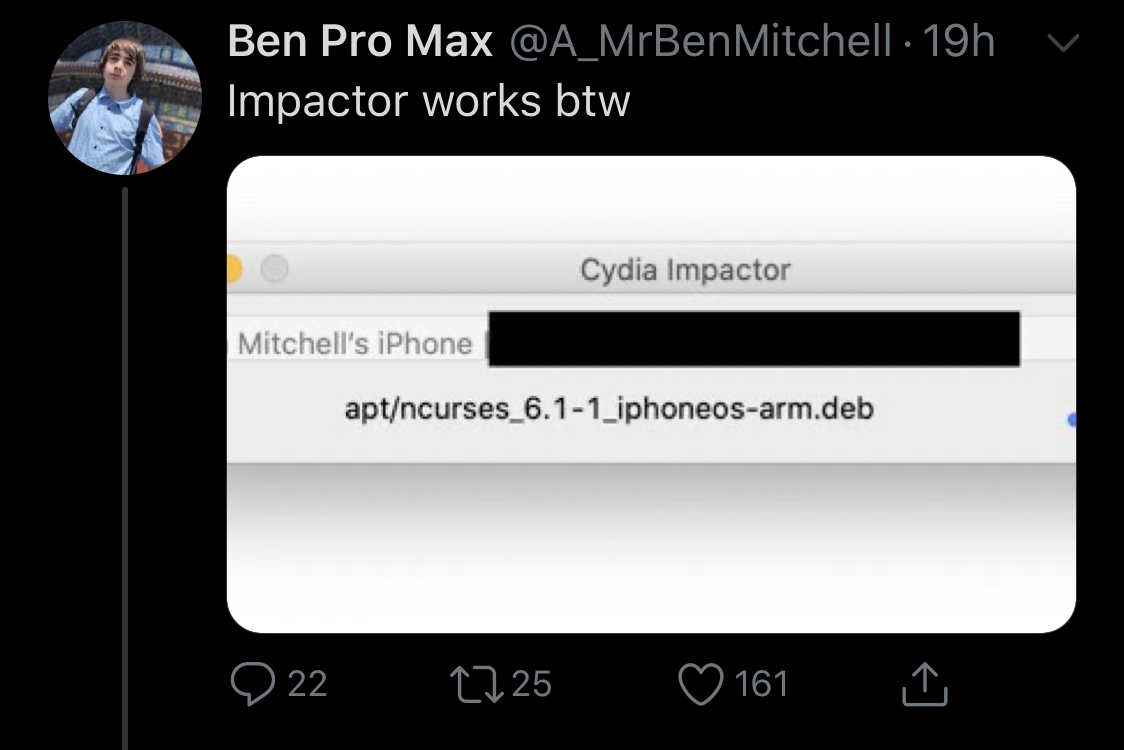 Personally, I have yet to get Cydia Impactor to work as I receive an error telling me to update to Xcode 7.3 or newer. But it seems that this error isn’t affecting everybody, especially those who’ve enabled two-factor authentication and app-specific passwords. With that in mind, it might be worth trying Cydia Impactor if you aren’t yet ready to use alternative installation solutions such as AltStore.

Have you managed to get Cydia Impactor and/or ReProvision to work again after this weekend? Discuss in the comments section below.