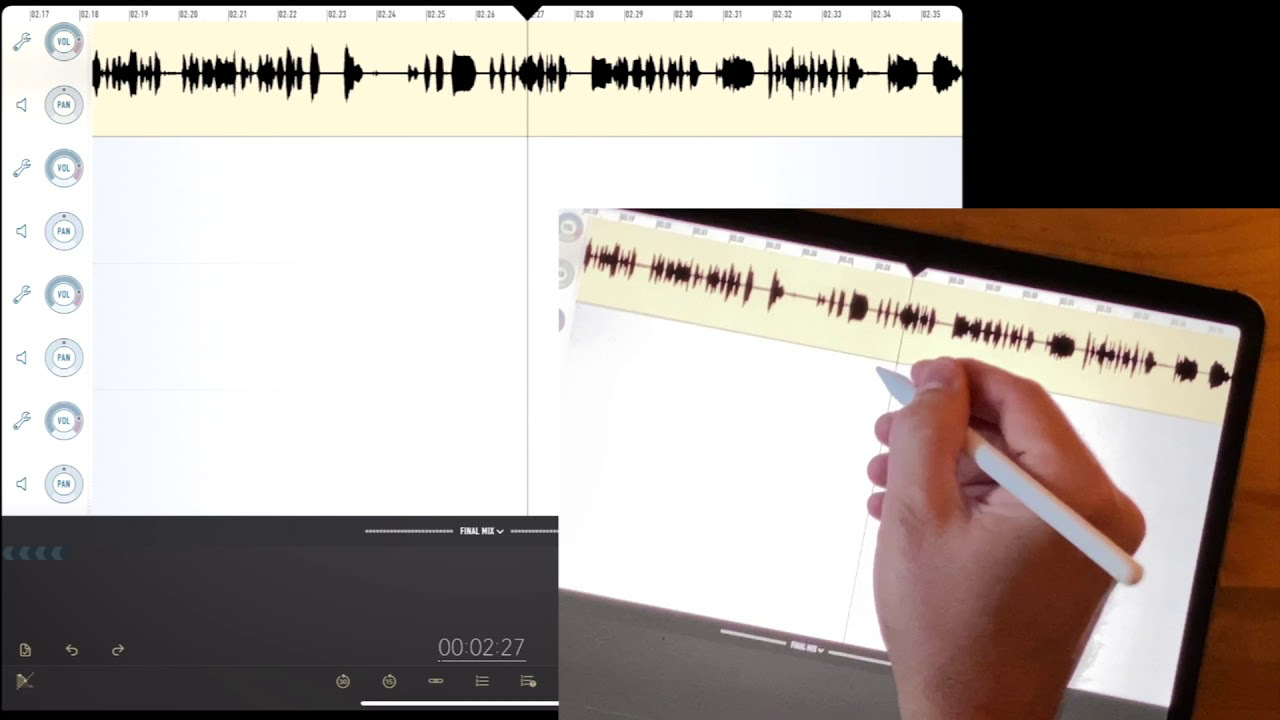 Editing podcasts can be tricky, just like with any editing can be, but for anyone with an iPad Pro there could be another way to go about it.

Jason Snell, podcaster and writer at Six Colors, has put together a quick write-up and a video showcasing how he edits his podcast The Incomparable on an iPad Pro. That’s possible via the tablet, but also the Apple Pencil and the Ferrite Recording Studio iOS app. According to Snell, he’s edited every one of his podcast episodes with the app and on the iPad Pro.

The video, which you can watch below, shows off Snell’s overall editing process within the Ferrite app, and how the Apple Pencil comes into play, too. According to Snell, editing on the iPad Pro is similar to editing on a Mac with something like Logic Pro.

The Ferrite Recording Studio app handles all of the editing essentials, so there’s no need to switch things over to the Mac for more refined tools or anything like that. It supports gestures, too, so while the Apple Pencil can get a more refined approach, gestures can make doing general actions easier, too.

Since people are often curious about just how using the Apple Pencil to edit a podcast works, I thought I’d make a video to show you how I do it. (I had to suspend a camera above my desk to get some shots of what my hands are doing with the Apple Pencil.)

Along the way, I also mention a bunch of different Ferrite features and settings, and also discuss my general editing process (which is more or less the same, even if I’m using Logic Pro on a Mac).

Check out the video:

The real focus here is how the customizable tools makes it so the Apple Pencil such a powerful tool in the process.

It’s a cool way to show how powerful the iPad Pro is, and how it can be such a clutch tool, even for podcast editing.