There’s been a ton of hype recently regarding Pwn20wnd updating the unc0ver jailbreak with official support for iOS 13.0-13.3 on A12(X)-A13 devices as of late, a feat only possible with Brandon Azad’s new oob_timestamp tfp0 exploit. But just how far along has the tool’s development come? A good question, and presumably one that has already been answered.

According to a series of Tweets shared by Pwn20wnd Tuesday afternoon, it would seem that tweak injection has been updated to work flawlessly on A13 devices (it was already working on A12[X]): 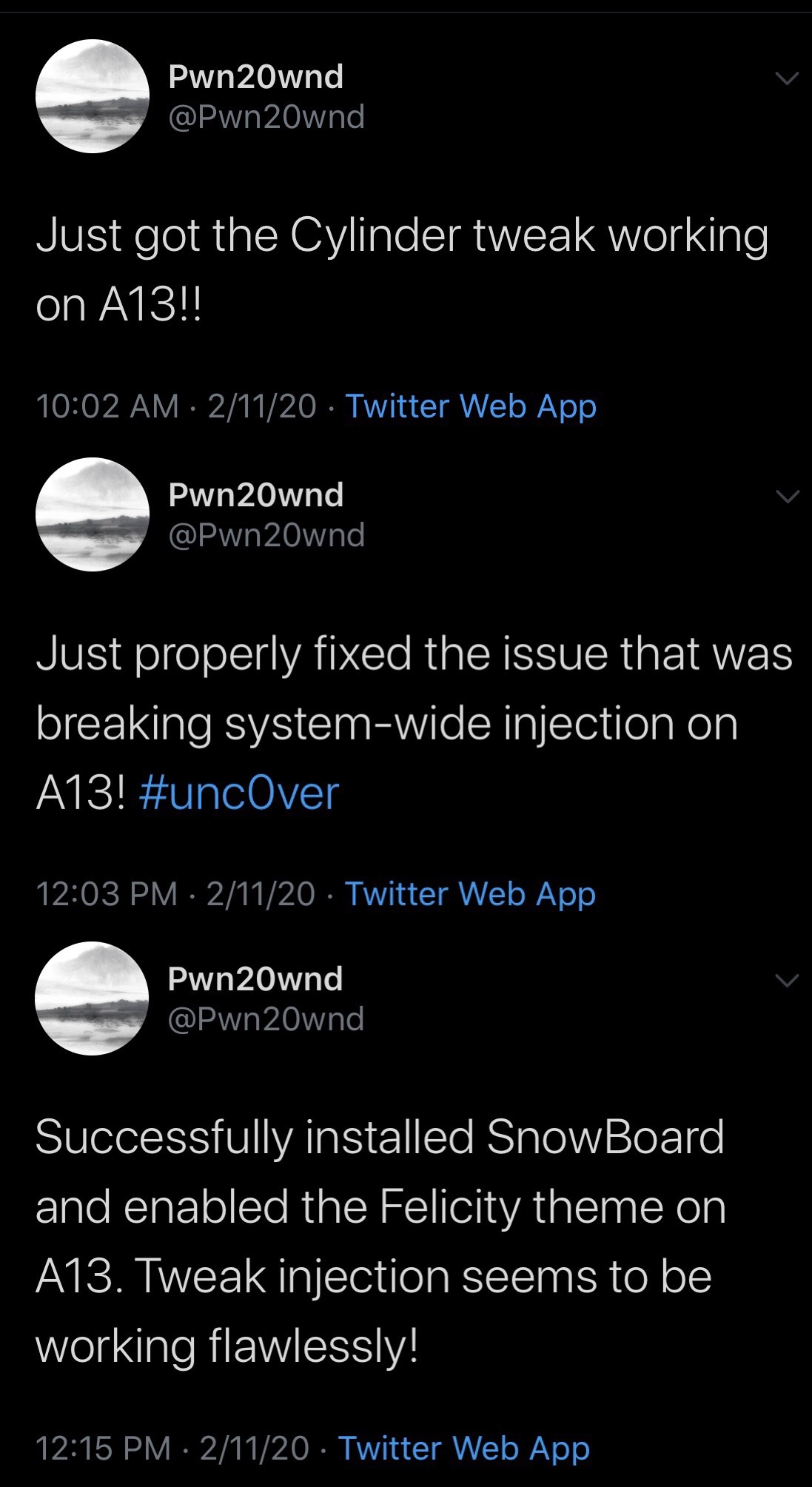 After testing the popular Cylinder Home screen animation tweak and loading a theme in the SnowBoard theme manager, Pwn20wnd seems just about confident enough to go ahead and prepare for an internal beta test: 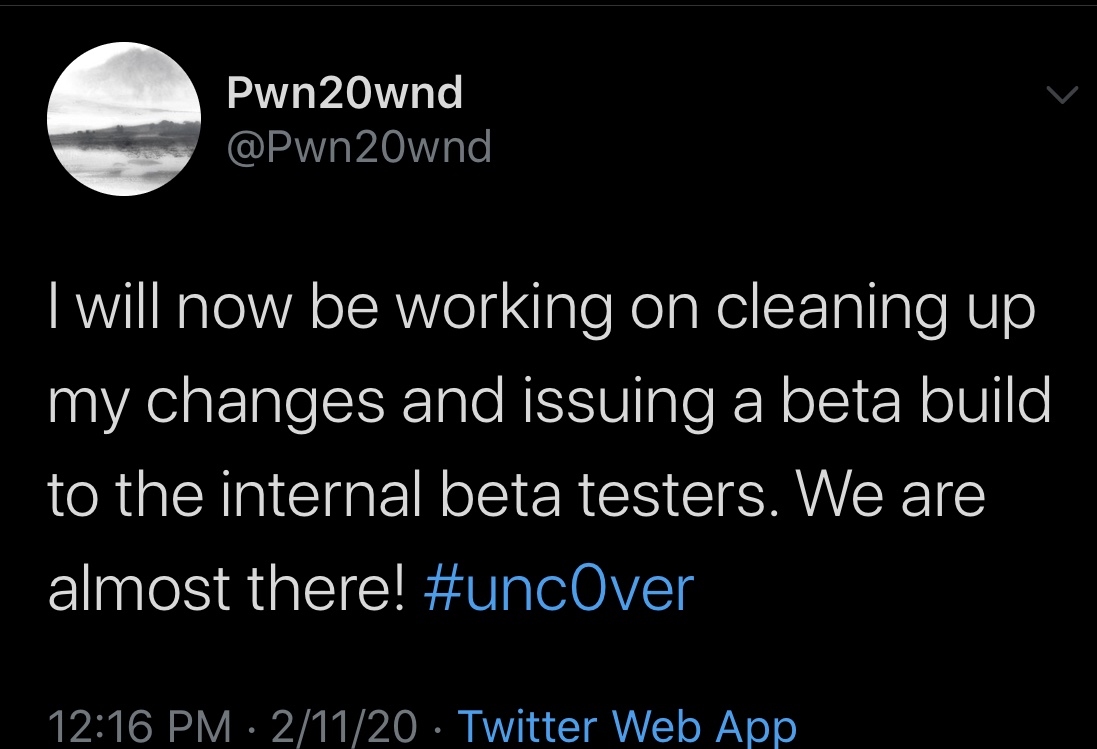 Typically, Pwn20wnd issues internal beta testers a copy of his unc0ver build before releasing any sort of public beta. This internal testing ensures that most loose ends have been tied up and that a public beta wouldn’t cause any substantial issues for the general public while beta testing.

One thing we know so far is that Pwn20wnd only intends to support A12(X)-A13 devices on iOS 13.0-13.3 initially. The hacker has been working around the clock to add support for these devices, and may also implement support for other handsets that are already supported by the checkra1n jailbreak at a later date.

Working closely with @RazMashat, Pwn20wnd team unc0ver has collected offsets for many different types of iOS devices. As of now, it seems that great progress has been made, and it should only be a matter of time before A12(X)-A13 device users can finally jailbreak their iOS 13 devices for the first time.

Are you excited about all the latest developments? Discuss in the comments.