If you’re in the market to change the look and feel of your iPhone’s application Dock on the Home screen, then you might feel right at home with that of a new jailbreak tweak release called Dockify by iOS developer burrit0z.

After you’ve installed Dockify, you’ll find a dedicated preference pane in the Settings app with a myriad of different customization techniques for your Dock: 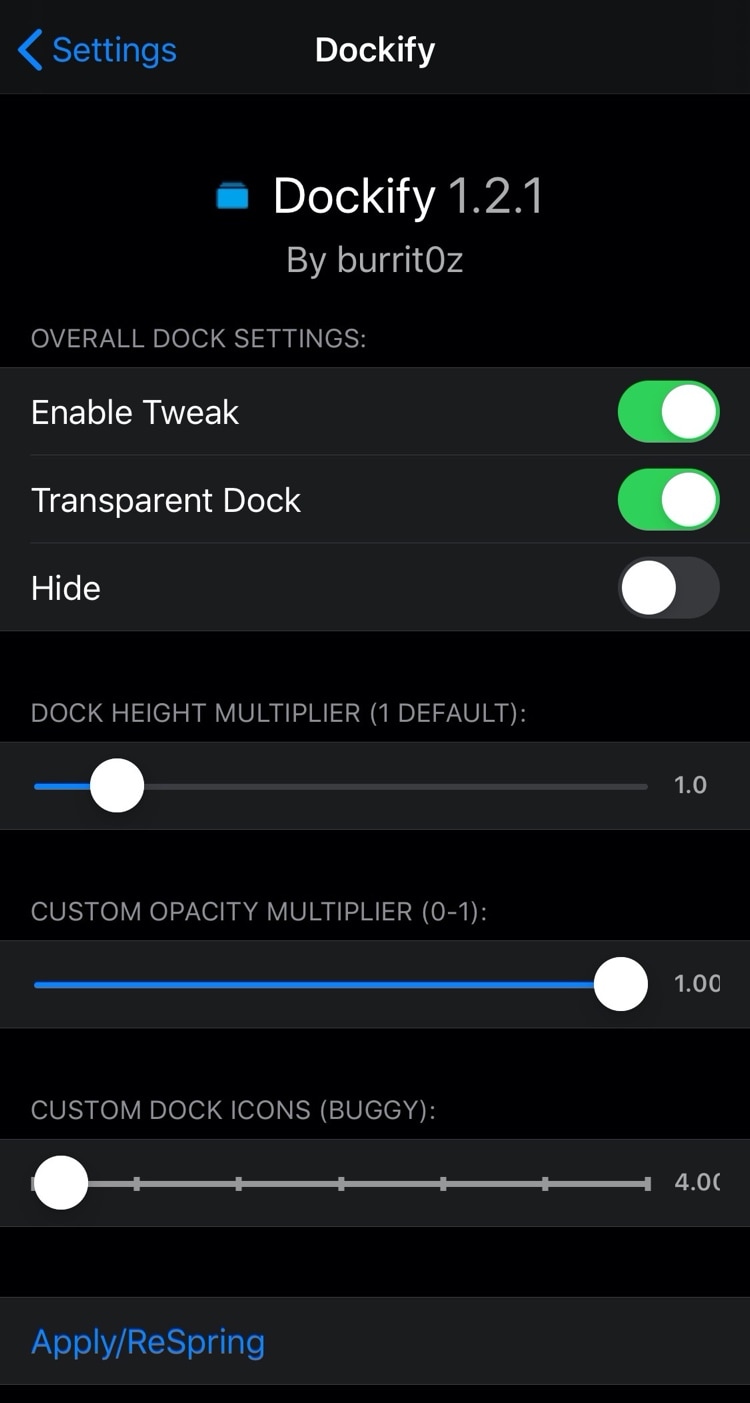 The developer includes a Respring button at the bottom of the preference pane for saving any changes you make to the tweak’s settings.

From what we can tell, Dockify isn’t too heavy on options, and it’s just balanced enough for semi-minimalists who might want to give their Dock a different look. Those in agreement can download Dockify for free from the BigBoss repository in their preferred package manager. The tweak supports jailbroken iOS 13 devices.

Have you tried Dockify yet? Let us know how you’re using it in the comments section below.