One of the best parts of owning a jailbroken iPhone or iPad is the quirkiness factor — the ability to make your handset do something that stock handsets can’t.

If you enjoy giving your handset special abilities and you’re also typically conscious of the time, then you may come to appreciate the likes of a newly released and free jailbreak tweak called BuzzTime by iOS developer burrit0z.

BuzzTime helps you discern the time when you’re without a watch and can’t glance at your iPhone without creating a circumstance of awkwardness, such as in the middle of a job interview or being in the middle of a conversation. The tweak uses vibration patterns to let you know what time it is, and you can invoke those vibrations using a gesture of your choosing.

BuzzTime puts a preference pane in the Settings app where users can configure the tweak to their liking: 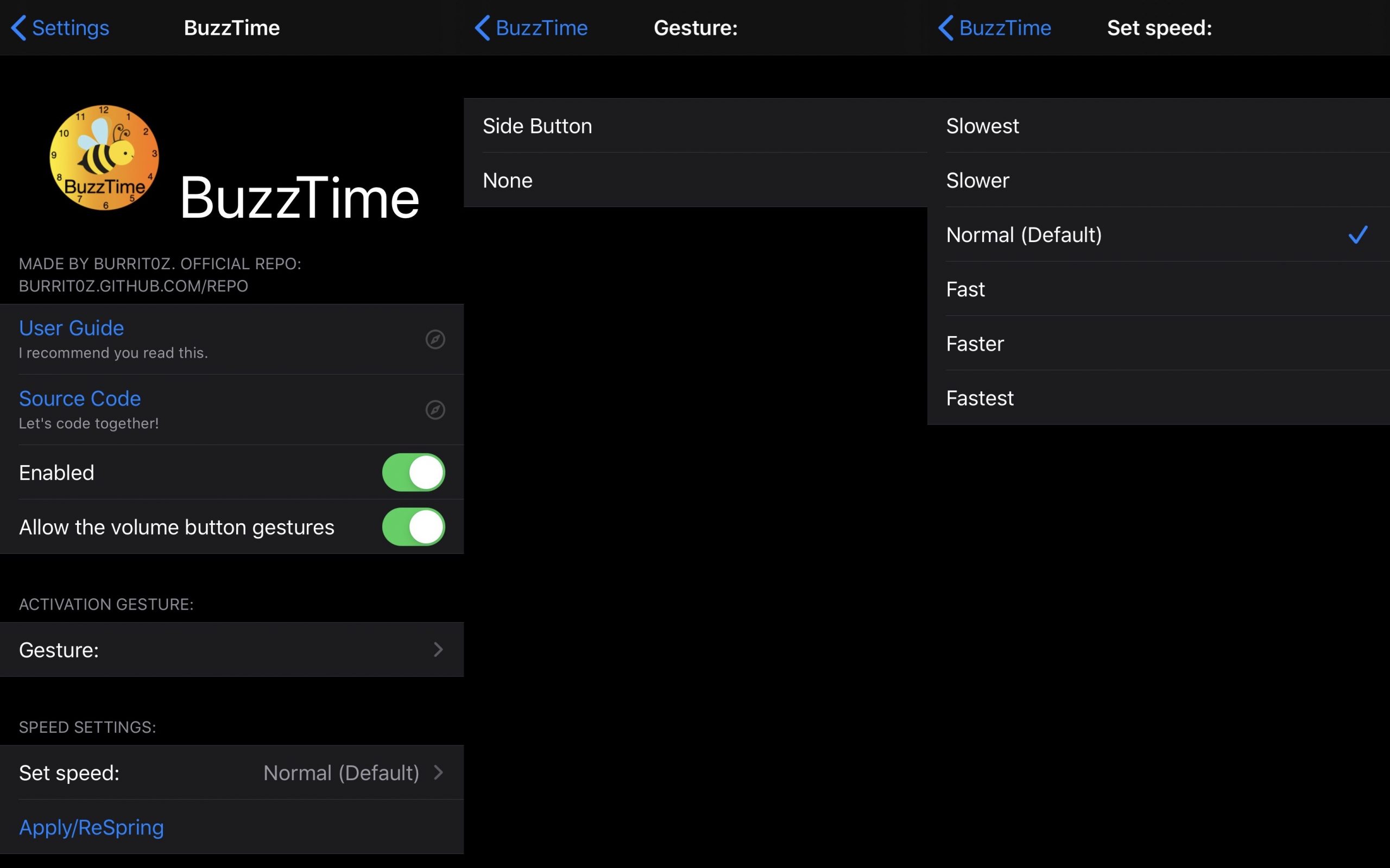 The developer includes a Respring button at the bottom of the preference pane, and you’ll want to use this whenever you make changes to the settings to ensure they get appended.

BuzzTime isn’t for everybody, if you want a more discreet means of telling the time with your iPhone, then it could become your new best friend. BuzzTime is available for free from the BigBoss repository in your preferred package manager and supports jailbroken iPhone 7 and newer on any firmware version. The tweak is also open-source on GitHub for those interested in learning about what makes it tick.

Do you like how BuzzTime lets you tell the time in tricky situations? Discuss in the comments.