Your iPhone’s touch screen is designed to accept user input wherever you tap or drag your finger(s). But don’t you think it would be neat if you could see where your finger was interacting with your iPhone’s display in real time?

The idea of such a thing may seem redundant, but it can be useful if you’re recording your iPhone’s display and you want to emphasize where you tap or swipe. For those looking to add this feature to their pwned iOS device, a newly released jailbreak tweak called Display Touch by iOS developer pxcex should be the next thing on their list of things to try out.

As you might’ve already gathered, Display Touch shows visual feedback on your iPhone or iPad’s display wherever you touch it. The tweak works in both normal and multi-touch mode and can show just how many fingers you’re using, where they’re touching, and how they’re moving. Blue dots are used to depict those feedback representations.

Best of all, these visual feedbacks will appear in any screen recordings you capture, meaning they serve as a visual aid for anyone you send that video file to.

In case you’re interested in seeing how Display Touch looks in action, here’s a demonstration video from the developer:

Once installed, users will find a preference pane in the Settings app where they can toggle the tweak on or off on demand: 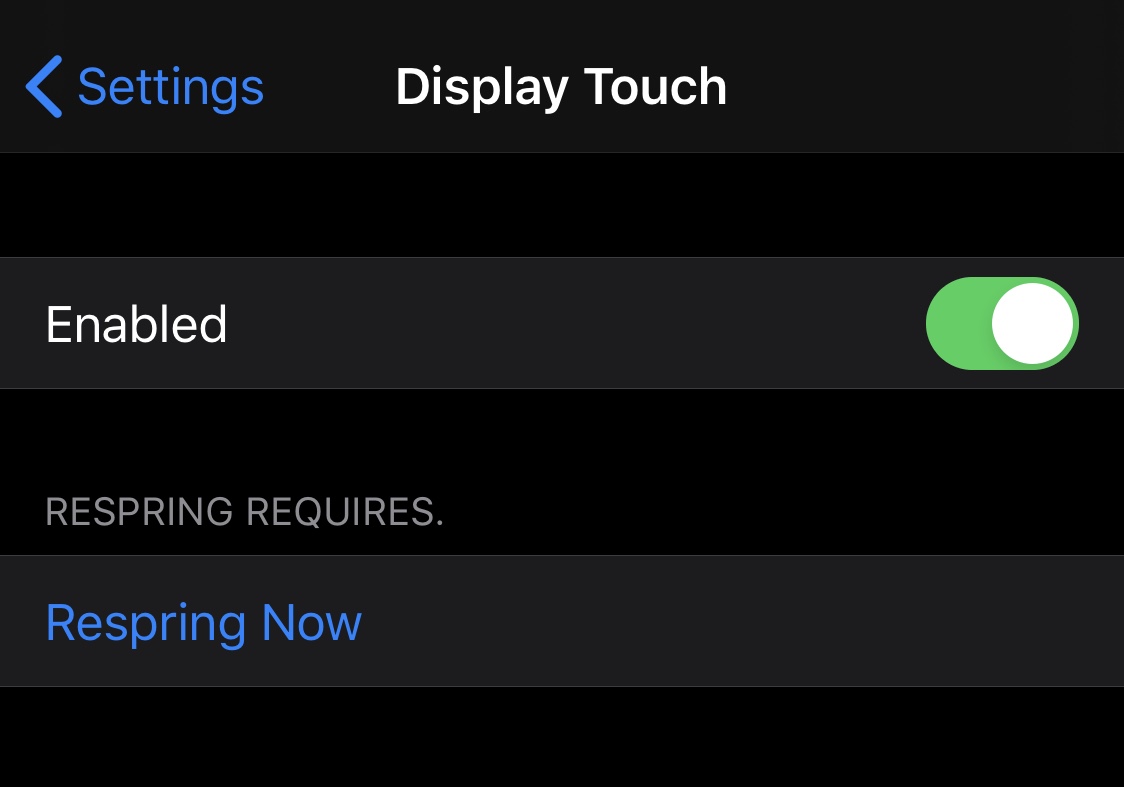 The developer includes a Respring Now button at the bottom of the preference pane. This is required if you ever change the tweak’s settings and want them to take effect.

The concept that Display Touch brings to life certainly isn’t new, but this is unquestionably the latest attempt to bring this functionality to the latest versions of iOS that can be jailbroken.

Those interested in trying Display Touch can purchase the tweak for $1.50 from the Twickd repository in their preferred package manager. The tweak supports jailbroken iOS 9, 10, 11, 12, and 13 devices.

Do you have a use for a tweak like Display Touch? Let us know in the comments section below.