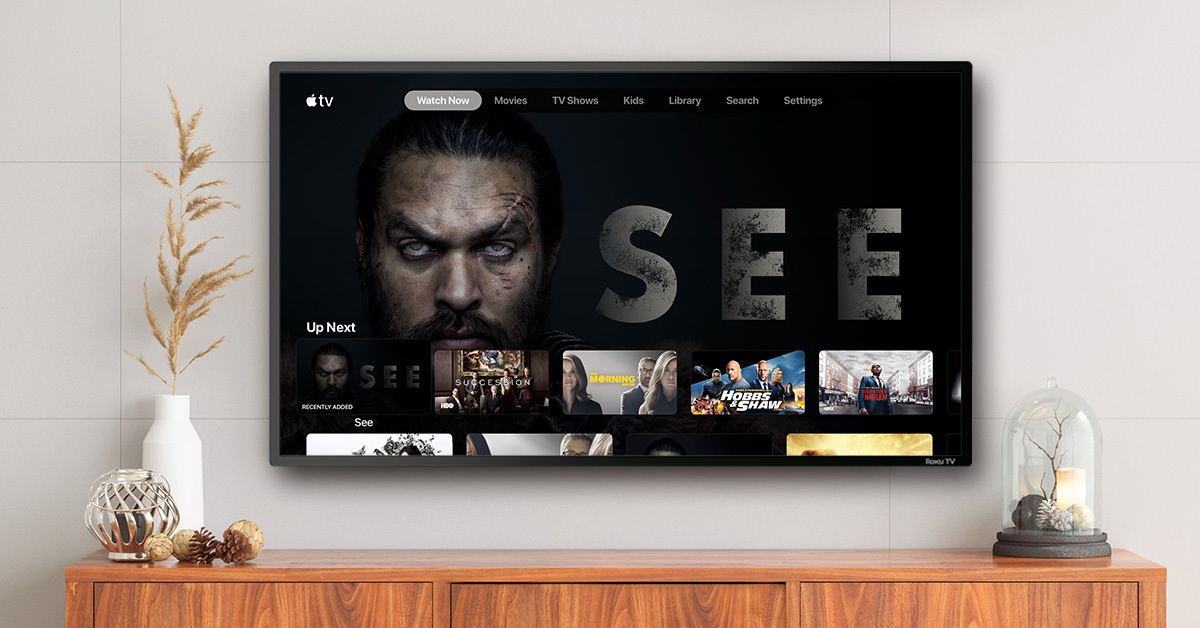 Apple has yet to reveal subscriber count for its recently launched Apple TV+ service, but The Wall Street Journal today published some pretty interesting numbers suggesting that Apple’s original video offering, which debuted on November 1, 2019, is already a success.

Ampere Analysis did a survey focusing on the US customer base by streaming service in the fourth quarter of last year. Looking at their numbers, Apple TV+ had more subscribers than Hulu and Disney+! These are just estimates that Ampere based on company filings, public disclosures and other sources so take them with a grain of salt.

These were the major players in the US streaming service market during the holiday quarter:

Importantly, although many of these services offer the free trial option, Apple is the only one offering twelve full months of Apple TV+ to everyone who bought an eligible device like an iPhone, iPad or Apple Watch after September 10, 2019. And with such aggressive marketing, it doesn’t come as a surprise that people would sign up for Apple TV+ for free. 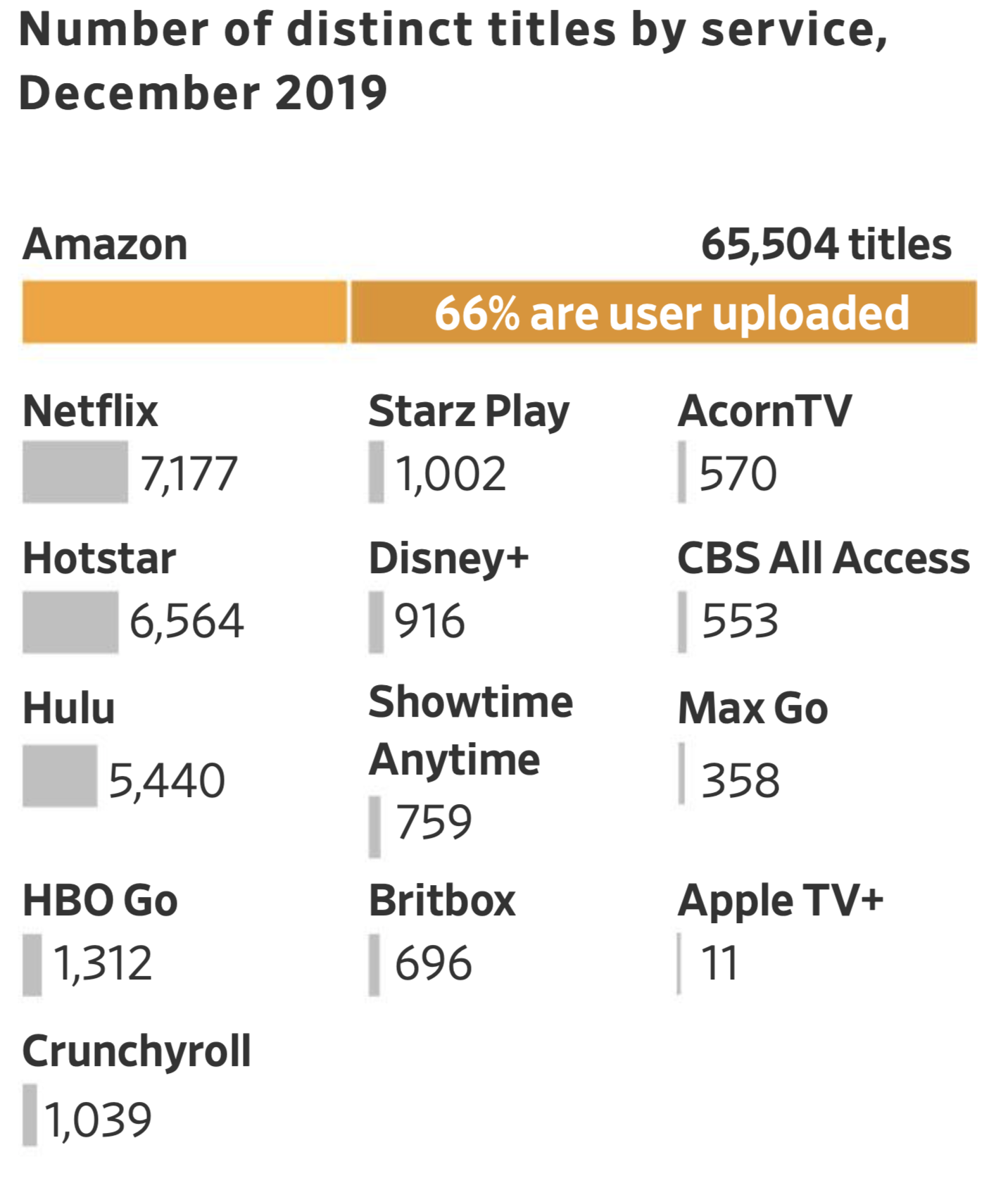 Apple wants people to take advantage of it — it’s the answer to the question of how you launch a paid streaming service with no content other than 11 original shows. Make Apple TV+ a habit now, get paid later. Apple can afford to be patient.

For those wondering, Disney’s streaming thing didn’t launch until November 12, halfway through the quarter, and Apple TV+ debuted on November 1.

Whether Disney+ eventually takes the number one spot on this list remains to be seen. I’d say that’s a reasonable assumption to make given the breadth of premium entertainment that’s available on Disney+ in exchange for just seven bucks per month.

On the flip side, Disney has the same problem as Apple — their product is limited to original programming whereas Netflix offers both original shows and licensed content. 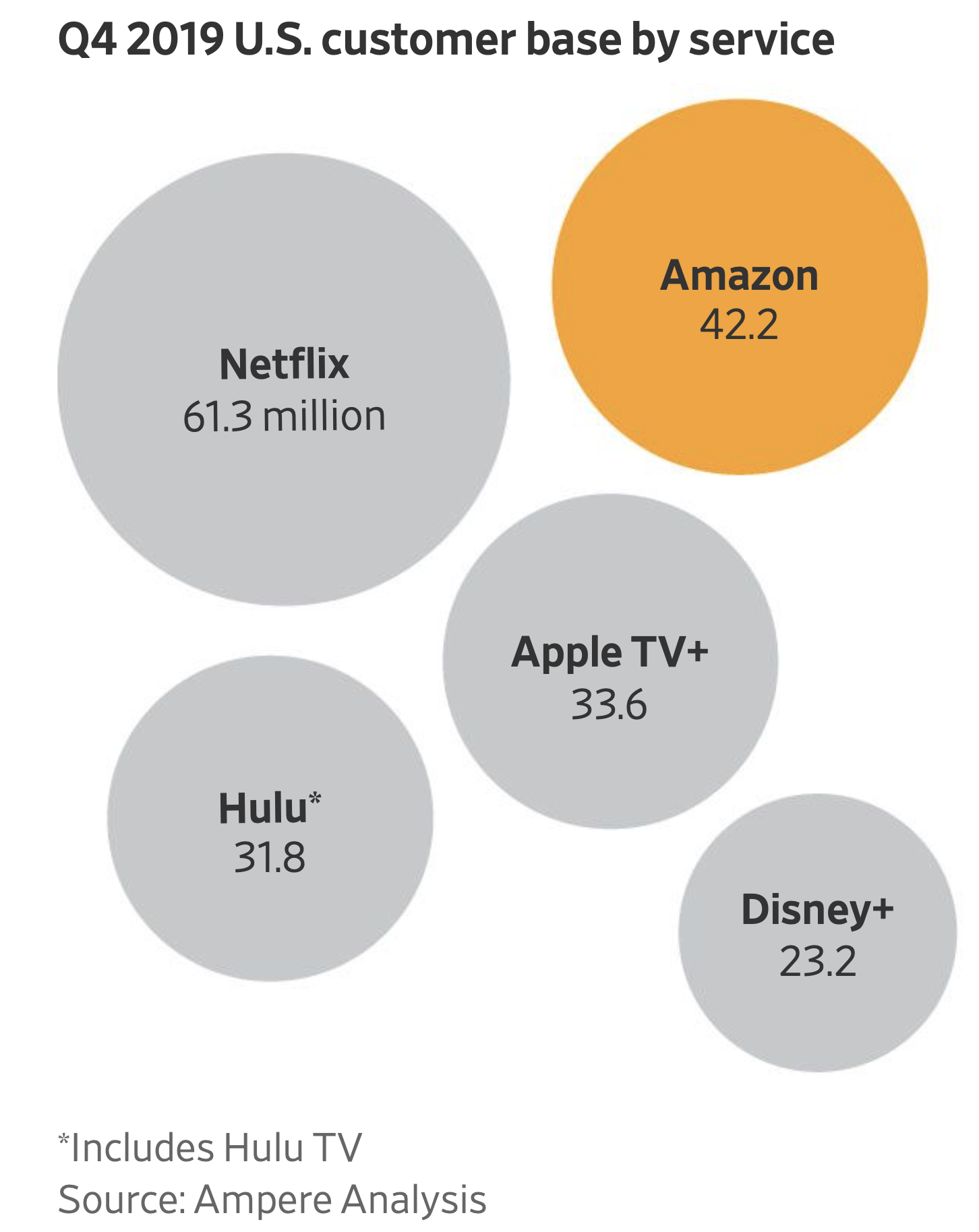 Last but not least, Apple’s “buy any Apple device, get a free year of TV+” promotion is expiring soon: a little more than a month ago, the Cupertino tech giant began notifying customers to redeem the offer within the next 90 days or it’ll be too late.

What streaming services are you subscribed to?