Fortunately, that’s set to change sooner rather than later. While a Windows version of the jailbreak tool is still probably rather far off due to the complexities of its development, the good news is that the Linux version of checkra1n is nearing completion and could be released very soon. Checkra1n co-developer Nikias Bassen (@pimskeks) shared the exciting announcement via Twitter this Tuesday afternoon: 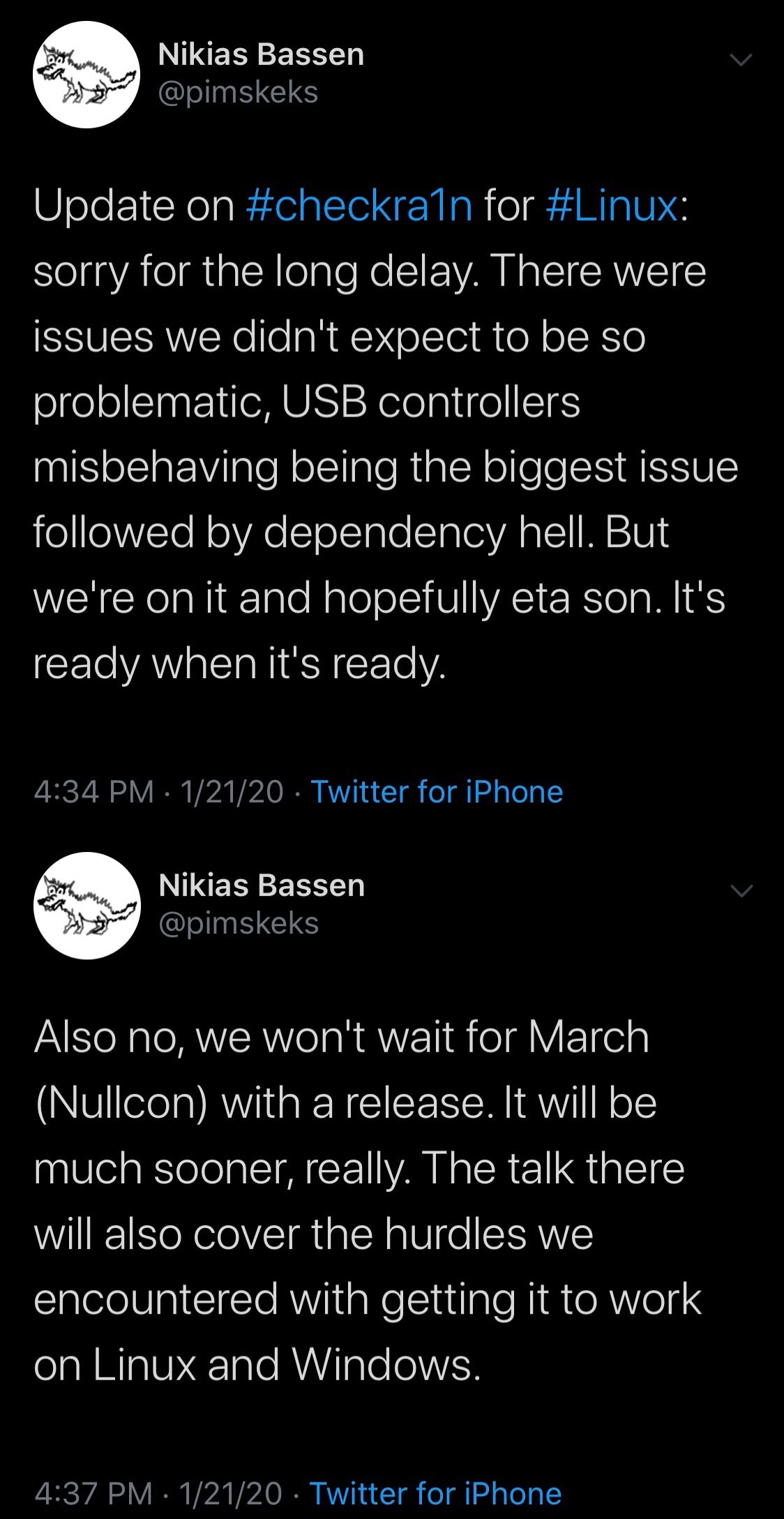 As it would seem, developing checkra1n for Linux was quite a bumpy ride in terms of dependencies and USB controllers, but the checkra1n team appears to be close to figuring things out. Bassen doesn’t share an exact ETA for the release of checkra1n for Linux, but he does denote in a follow-up Tweet that it should be released long before Nullcon in March, which is just weeks from now.

While this probably isn’t the news that Windows users wanted to hear, it’s still a better situation than before. Linux is free and easy to dual-boot on any partitioned Windows PC, whereas piecing together a macOS-based Hackintosh is substantially more complicated and doesn’t always work satisfactorily. That said, it’ll be a way for Windows users to finally jailbreak with checkra1n without mooching off Mac users or visiting Apple Stores.

As for Nullcon, it seems that members of the checkra1n team will be presenting there about the challenges they’ve faced in their ongoing attempts to make checkra1n both Linux and Windows-compatible. While the presentation is likely to sound a lot like hacker jargon to the average Joe, those that are into this sort of thing might find it particularly captivating.

If you aren’t sure how to jailbreak with checkra1n and you’d like to learn how, then you can follow our step-by-step tutorial.

Are you excited that checkra1n for Linux is almost here? Discuss in the comments!