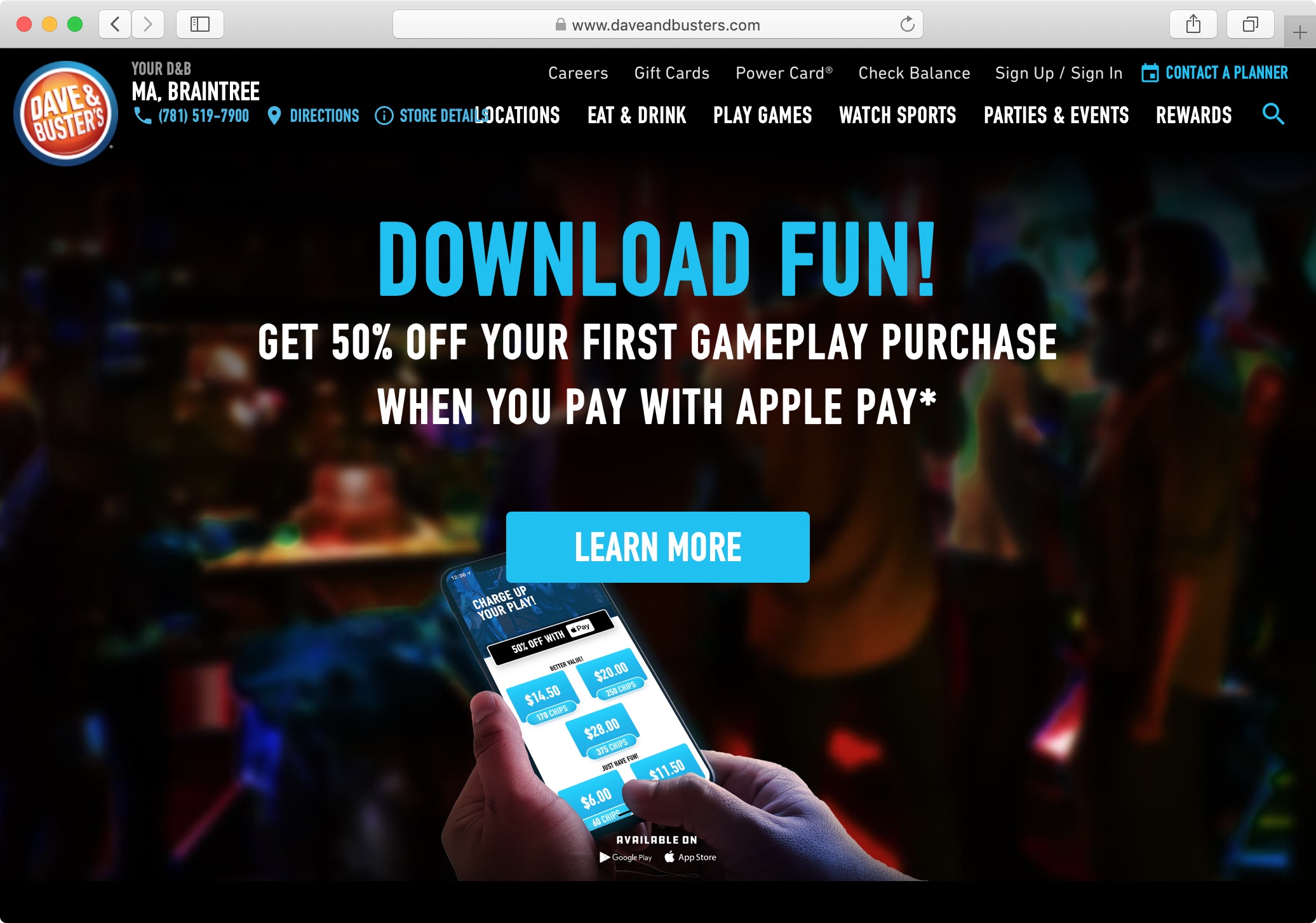 The American restaurant and entertainment business Dave & Buster’s is advertising a new promotion for Apple Pay users. For a limited time you can get 50% off your first gameplay purchase when you reload your “Power Card” using Apple Pay. The company is advertising the deal in nationwide television ads, on its web site and in email promotions sent to customers.

Dave & Busters combines a full-service restaurant with a video game arcade and skill-based games. It’s a popular restaurant franchise with families, for parties, and for watching sports. The company has 135 locations in the U.S. and Canada. The promotion is for U.S. customers only, however.

In lieu of using tokens or cash in the entertainment machines, customers use a “Power Card” which they charge up at kiosks in the restaurant or online using an app. The card also serves as a replacement for tickets – winnings are stored on the card, which customers can then redeem for prizes.

The promotion is linked to Dave & Buster’s “Digital Power Card” app, available for download from the App Store.

The new Apple Pay promotion at Dave & Buster’s runs through the end of January. The deal is good if you already have a Power Card (you can reload and get 50% off gameplay) or if you’re a new customer.