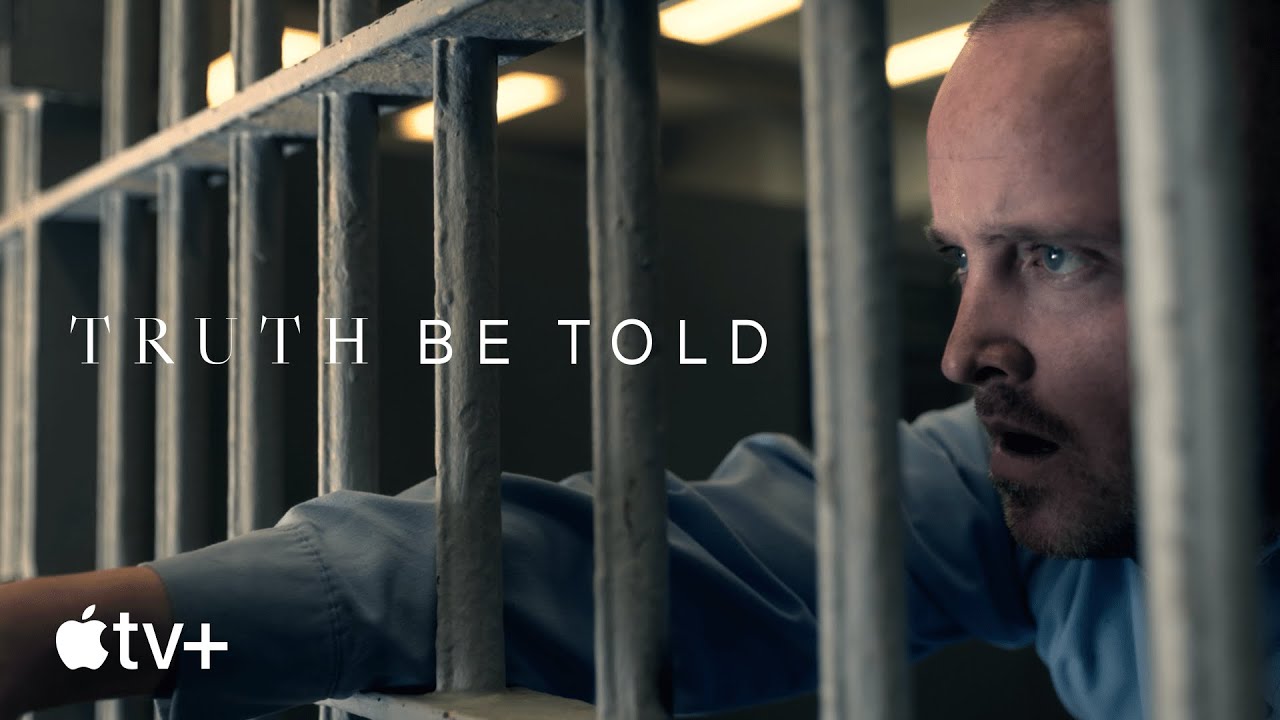 Truth Be Told tells a complicated story about a young person growing up in prison, and a podcaster who helped put that person in prison in the first place.

To that end, Warren, played by Aaron Paul (Breaking Bad), is first shown as a young boy entering the prison system after he’s charged with murder. Eventually the series catches up with Warren after over a decade in prison, a much different man. In this featurette entitled, “Stuck in a Cave”, the actors and crew discuss Warren’s evolution from the boy he was to the man he is, spending all that time behind bars.

The featurette also notes that every episode of Truth Be Told is available to stream via Apple TV+ right now. It launched before the end of 2019. And here’s the featurette:

This is one of the original series for Apple’s streaming service I haven’t checked out yet. (Same with Servant, which is currently in some hot water.) It looks interesting enough, but I just haven’t gotten around to hitting play yet.

Have you checked it out yet? If so, what’d you think? And should I carve out some time to do the same? Let me know in the comments.