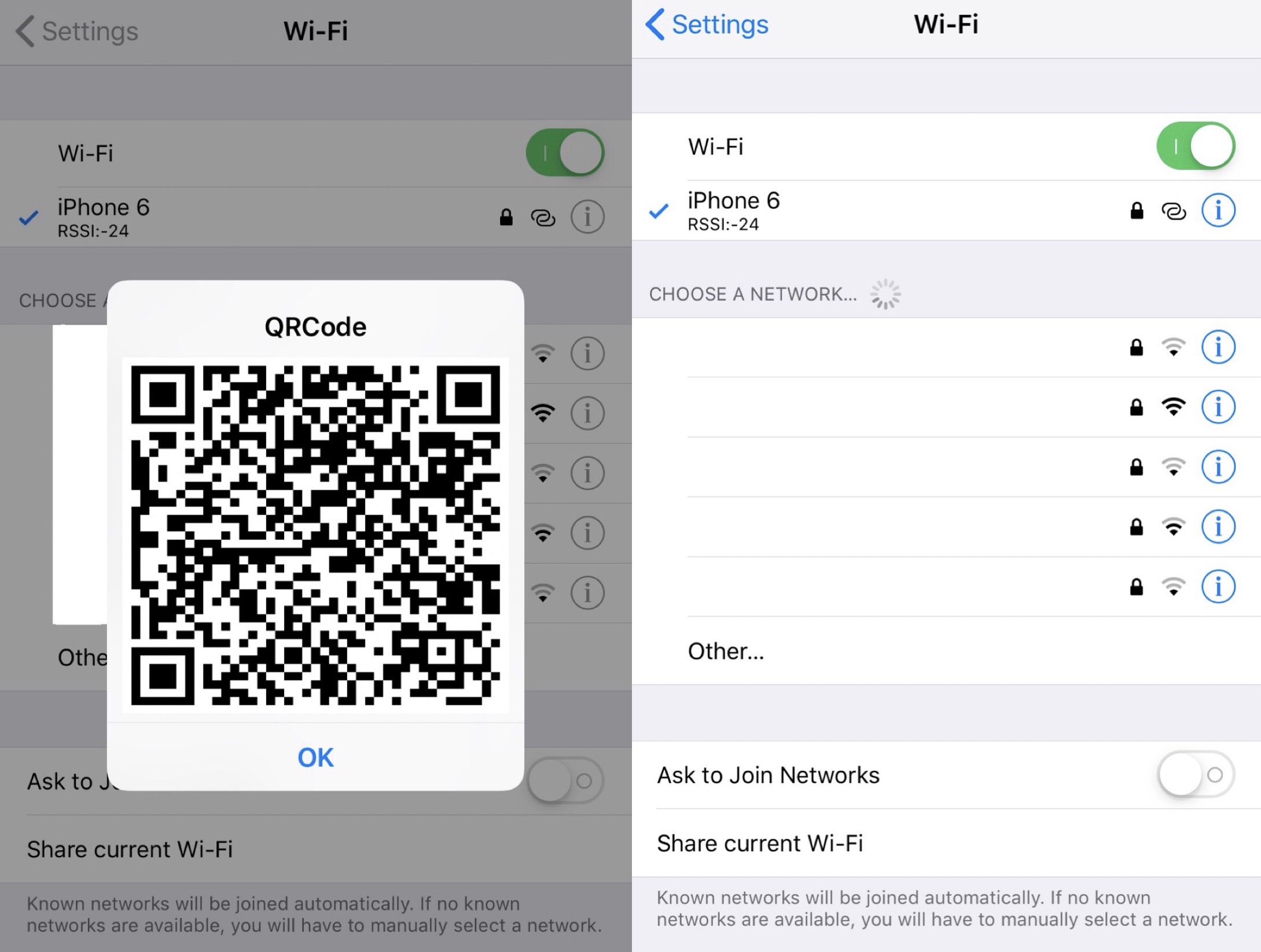 Just last week, we showed you a jailbreak tweak that could generate a QR code for quickly and easily sharing your iPhone’s Personal Hotspot with another user, whether they were using iOS or another mobile operating system such as Android.

But now, a similar QR code-based jailbreak tweak called WiFiQR by iOS developer KingPuffDaddi has been released for sharing your currently-connected Wi-Fi network with others using comparable means to the tweak we showed you last week.

As depicted in the screenshot examples above, WiFiQR adds a new Share Current Wi-Fi button to iOS’ native Wi-Fi preference pane. Tapping on that button generates a QR code that someone else can scan to share the same Wi-Fi network that you’re currently using.

As for use cases, imagine you’ve invited a friend over to your house and you’d like to share your Wi-Fi connection with them. This tweak lets you do just that without handing out your network’s actual password. In addition to that, it’s much faster to scan the QR code than it is to enter those tedious details manually.

From a purely utilitarian standpoint, WiFiQR is both useful and convenient. In fact, it’s particularly surprising that Apple hasn’t implemented something like this right out of the box on their platform(s) yet.

If you’re interested in trying WiFiQR for yourself, then you can download the tweak for free from the BigBoss repository in your preferred package manager. The tweak supports jailbroken iOS 11, 12, and 13 devices.

Will you be using WiFiQR to make sharing your network easier? Let us know in the comments.