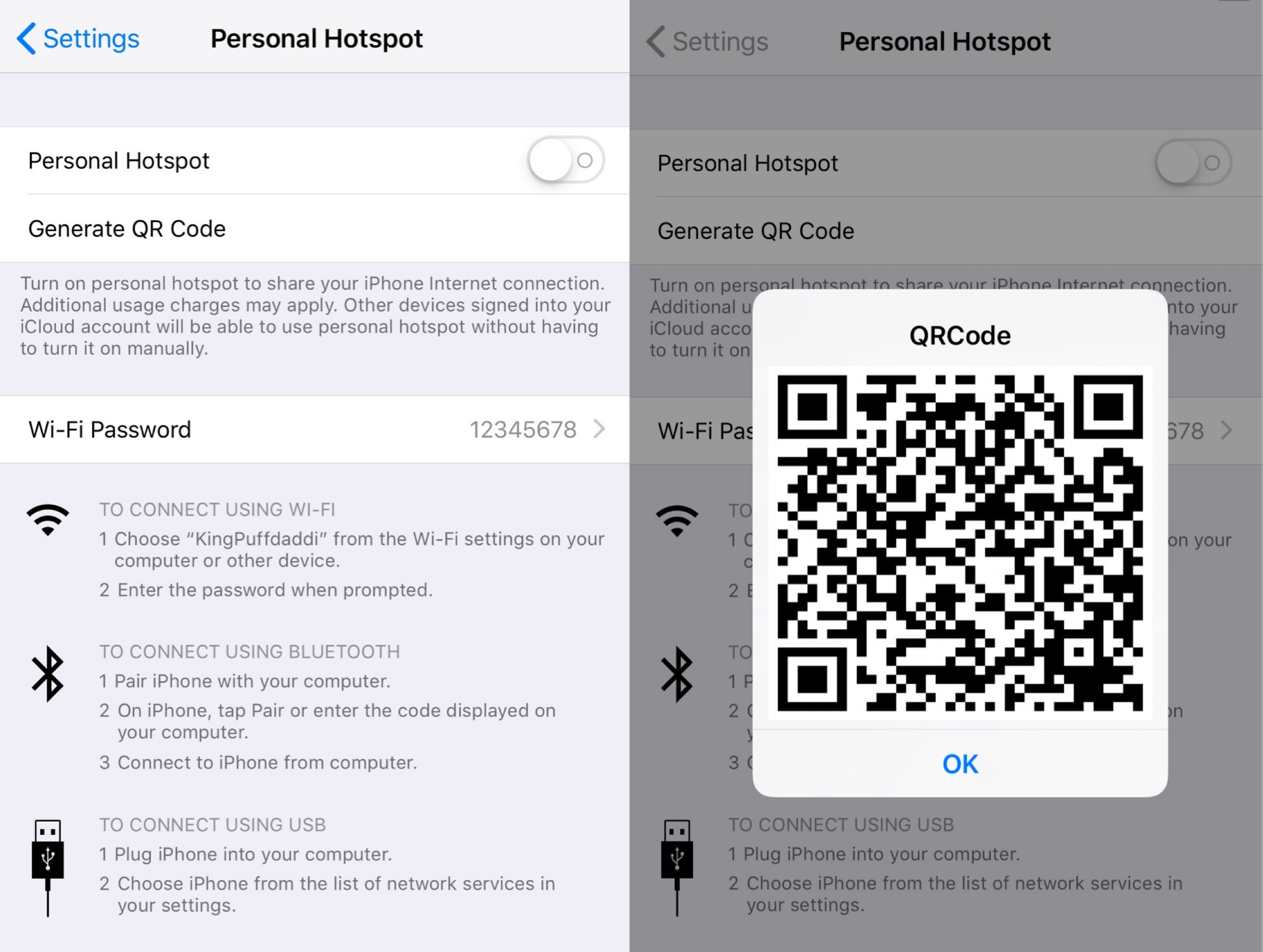 Personal Hotspot is an indispensable feature of my iPhone that I use virtually every day as I move out of range of Wi-Fi, and while Apple has made it super easy to pair other iOS devices with the tap of a button, the same can’t be said about non-iOS devices, which often necessitate that you enter the hotspot’s password manually.

If you’re lazy like me and hate having to take the aforementioned steps when you or a friend attempts to connect a new device, then you just might come to appreciate a new and free jailbreak tweak called HotspotQR by iOS developer KingPuffdaddi.

Just as the name implies, HotspotQR automatically generates a QR code comprising of the details for joining your Personal Hotspot at the tap of a button. In the screenshot examples above, you’ll notice the new Generate QR Code button just underneath the Personal Hotspot toggle switch, which, when tapped, results in a pop-up containing the QR code that will need to be scanned by the other device.

iPhones will generally ask you if you want to share your Personal Hotspot with another iOS device when it attempts to join it, and this lets you accept or decline the request with just a tap. HotspotQR, on the other hand, is especially useful when a friend with an Android handset attempts to join your hotspot, as the same prompt usually doesn’t appear in this case.

HotspotQR is a particularly good idea because it reduces the time and effort of connecting devices to your Personal Hotspot, making it easier for you to control who uses your network. Best of all, you won’t even have to tell the other person what your password is, since the connection should be automatic after scanning the QR code.

If you’re interested in trying HotspotQR, then you can download it for free from the BigBoss repository in your preferred package manager. The tweak officially supports jailbroken iOS 12 devices, and should also work on iOS 13.

Do you think HotspotQR is an improvement for iOS’ Personal Hotspot feature? Discuss in the comments.