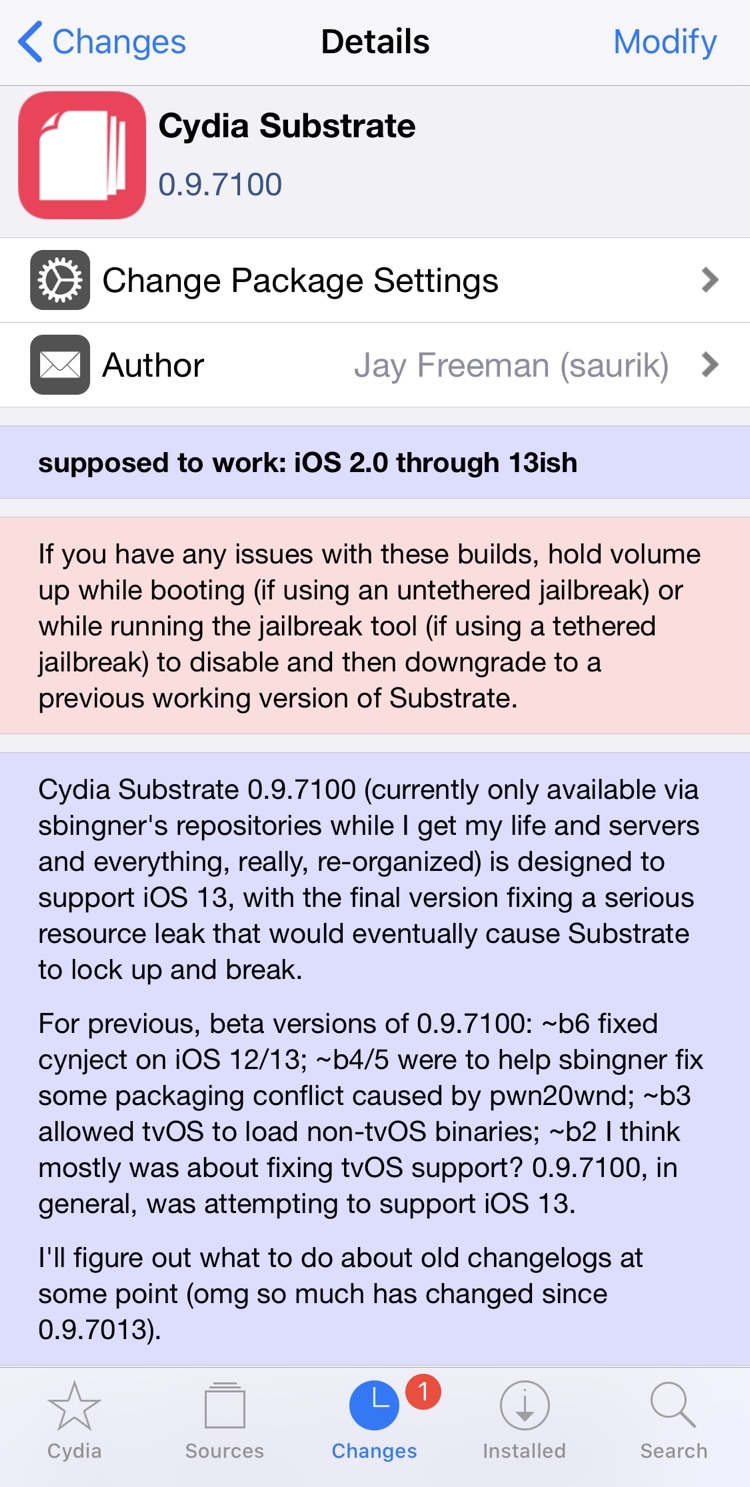 Saurik issued a rare official update for Cydia Substrate on Sunday, officially bringing the native tweak injection method for the checkra1n and unc0ver jailbreaks up to version 0.9.7100.

Although Saurik hasn’t made any official announcements on Twitter about the update, checkra1n and unc0ver co-developer Sam Bingner made a post on /r/jailbreak describing this new Cydia Substrate update.

The official change log in the depiction published on Sam Bingner’s Elucubratus repository notes that Cydia Substrate v0.9.7100 has been “designed to work with iOS 13,” which has implications for the new checkra1n jailbreak. More importantly, however, the update appears to resolve a serious resource leak that Saurik says could “cause Substrate to lock up and break.”

Bingner had this to say about the update on /r/jailbreak:

Saurik has updated Cydia Substrate to fix the issue where it would stop hooking after an indeterminate period. It was found to be due to a mach port name leak that would cause it to no longer be able to modify processes after spawning somewhere around 50,000 processes. I’ve tested it with a few hundred thousand processes, and it’s been clean. The version number is now non-beta as the known issues of stability and cynject have been fixed. The update is on Elucubratus if you’re using a non-A12 device.

The update is recommended for all users, and iOS 13 users especially. If it doesn’t appear immediately after launching Cydia (or another preferred package manager, such as Zebra), then you may need to refresh your sources to see the update.

Keep in mind, however, that the Chimera and Electra jailbreaks by the Electra Team use Substitute instead of Cydia Substrate, and consequently, this update won’t appear on those jailbreaks.

Have you installed the latest Cydia Substrate update yet? Share in the comments.