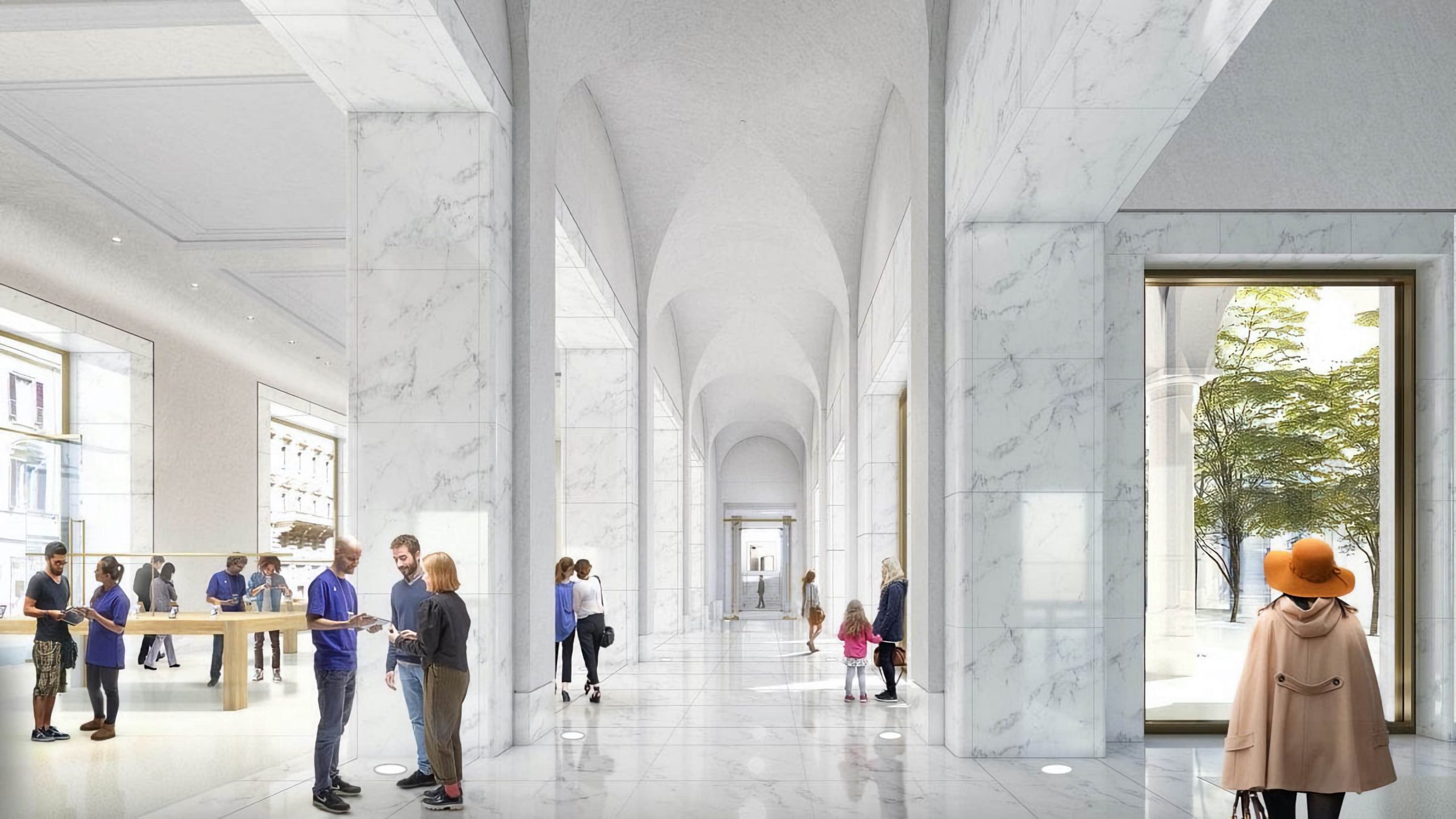 Apple’s next brick-and-mortar store in Italy, a 60 million people market, is opening this spring on Rome’s Via del Corso, which is the famous shopping street in the heart of the city.

La Repubblica reports that grand opening of the beautiful new store is set for the spring following years of rumors and extensive facade restoration at Palazzo Marignoli since 2018.

Palazzo Marignoli is a historic structure dating back as far as the 1870s. The building is adjacent to Piazza di San Silvestro and within walking distance of significant ancient monuments like the Trevi Fountain, Pantheon and Spanish Steps.

For a considerable portion of its existence, the building was home to Caffè Aragno, a popular coffee shop and gathering space. Today, the upper levels have been newly renovated as office space. Apple has restored the ground floor for its top store in Italy outside of Milan. The project is said to be a collaboration with architects Foster + Partners, an indication of the store’s magnitude.

Our stores have proudly served customers in Rome for 13 years and we are excited that our long-term vision for Rome will come to life in Via del Corso this spring. With this important new store, we will move our teams and activities from RomaEst to the center of Rome, where we will significantly increase our service capacity and offer free, world-class Today at Apple sessions.

But, as Steeber himself noted, those stores are outside the city center and have yet to be updated with Apple’s next-generation retail design. In other words, the upcoming Via del Corso location will be the first store to bring the company’s flagship retail experience to Rome.

“Employees from RomaEst will be offered the opportunity to relocate to another location, and 120 new positions will be created for the new store,” Steeber wrote.

If you live in Rome, will you attend grand opening of the new store?

If so, feel free to send us some pictures via tips@iDownloadBlog.com.