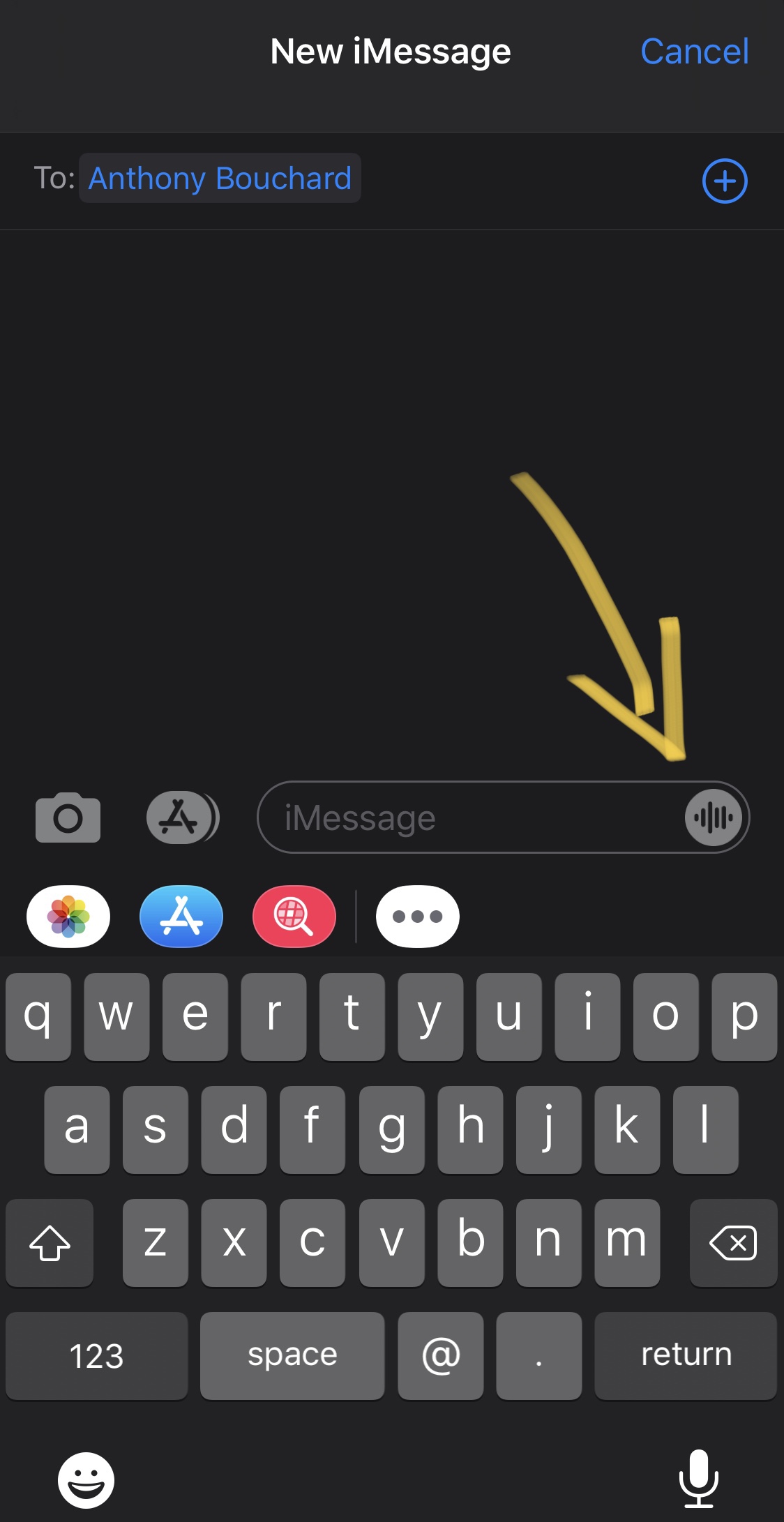 If you use Apple’s Messages app as your primary means of talking to people each day, then you’re probably accustomed to seeing the app’s voice message button in the text message composition field. This button lets you record yourself speaking and send your voice as an audio clip as opposed to typing it out or using Dictation to send a written message.

While this feature has its uses for a small subset of niche scenarios, you’ll probably very seldom use it if you don’t like recording yourself and prefer sending written messages. For those people, a new and free jailbreak tweak called AudioMessageBeGone by iOS developer burrit0z swoops in to save the day.

AudioMessageBeGone was created to do one thing: disable the audio message recording button that normally appears in the text message composition field when you’re messaging an iMessage recipient.

On any stock iPhone or iPad, tapping and holding on this button would invoke a recording interface so that you could record yourself saying something and then release the button to send it to your recipient. Upon installing AudioMessageBeGone, that button becomes disabled, yielding no such recording interface and preventing audio clips from being recorded to sent to your recipients inadvertently.

While the tweak appears to work quite well in blocking iOS’ native iMessage-based audio message recording feature, one gripe we do have is that it doesn’t hide the button from the iMessage interface. Instead, it leaves a broken button in the interface, enabling users to tap it, but without initiating any sort of audio recording functionality.

If you have a tendency to accidentally tap on this button more times than you’d like to admit, then you just might want to give AudioMessageBeGone a try. The tweak is available as a free download from the BigBoss repository and works with all jailbroken iOS 8-13 devices.

Do you ever use this feature, or would you prefer to nix it entirely? Share your thoughts in the comments section.