Those using the side-loadable Chimera and unc0ver jailbreak apps have experienced quite a rough patch these past couple of months given Cydia Impactor’s current broken state and the scarcity of reliable signing services that don’t get their certificates revoked shortly after going online. These issues have made it unusually challenging to get the jailbreak(s) running again after the host device endures a power cycle.

Saurik hinted in November that he would be looking into ways to fix Cydia Impactor, but we’ve since passed the expected ETA for such an update, prompting members of our very own jailbreak community to take action themselves. The newfangled efforts have resulted in a Cydia Impactor alternative for macOS called AltDeploy by @pixelomer.

The first thing you’ll notice about AltDeploy at first glance is that, unlike Cydia Impactor, the app supports native dark mode in macOS Mojave and later. The interface looks almost the same as Cydia Impactor otherwise, denoting any connected iOS devices and allowing you to choose an .IPA file that you wish to side-load. It looks something like this:

Upon selecting your device and .IPA file, AltDeploy will install a Mail.app add-on that will need to be enabled from the Mail app’s preferences. Once the add-on is enabled, the Mail app must be open the entire time you use AltDeploy for the latter to work correctly. 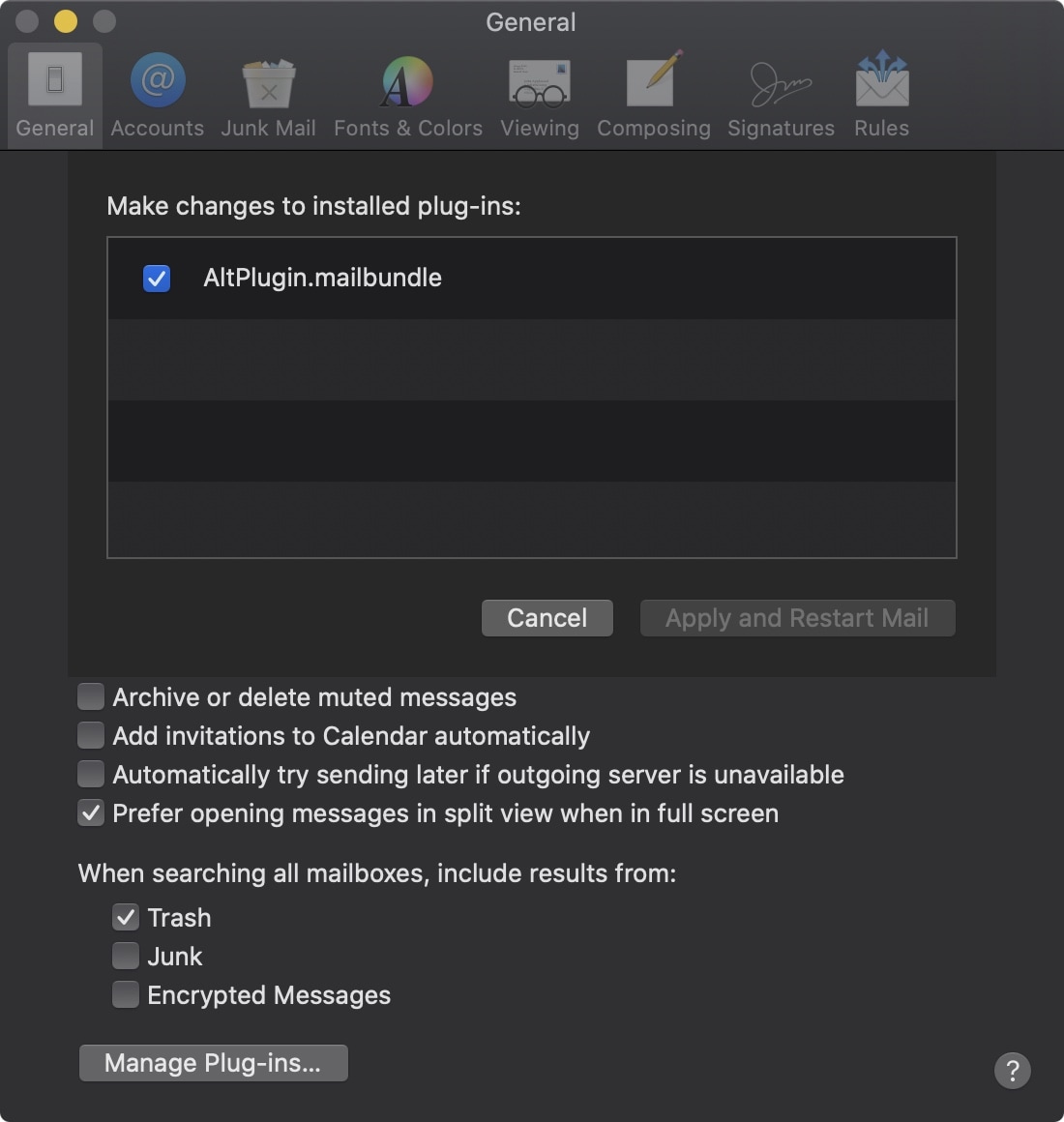 Just like with Cydia Impactor, you’ll need to sign the app with your Apple ID. This means entering your Apple ID’s username and password into the app.

While we’ve tested AltDeploy ourselves and found it to work quite well in installing the unc0ver jailbreak, we can’t speak for the tool’s security. With that in mind, you enter your Apple ID into this third-party application at your own risk, and we’d strongly recommend creating a fake or ‘burner’ Apple ID so that you don’t put your true credentials into an app not created by Apple.

Saurik is a busy man, and with that in mind, there’s no telling when he might be able to issue an official update for Cydia Impactor. In the meantime, AltDeploy just might serve as one of the better alternatives. The project is available on the developer’s GitHub page for those interested in learning more about it, but it’s only available for Macs at this point in time.

Are you happy to see these types of developments in the jailbreak community? Discuss in the comments.