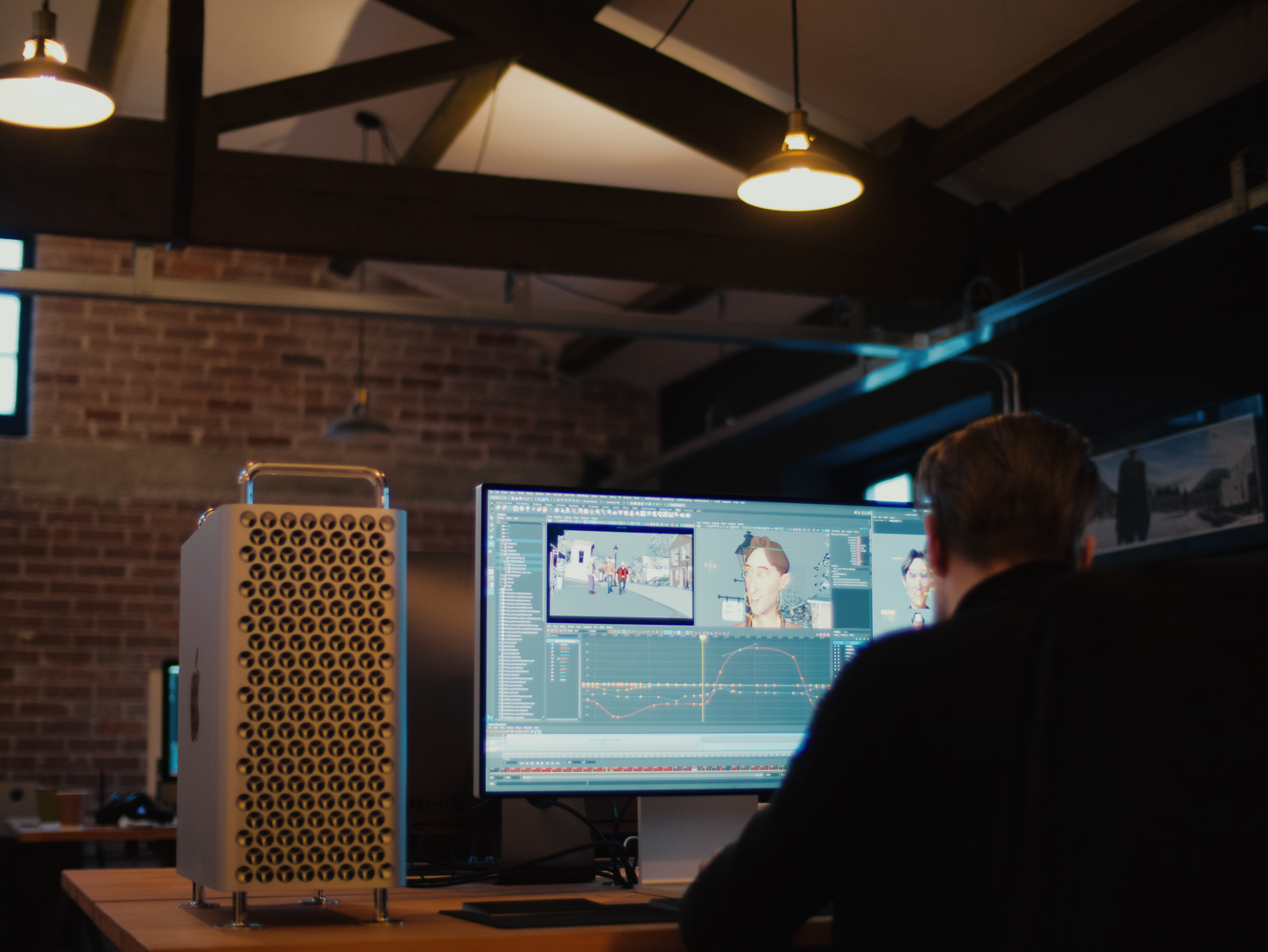 Lunar Animation – the British company behind the visual effects in the end credits of the new film Jumanji: The Next Level – has provided an inside look at how the new Mac Pro and Pro Display XDR factored into their production, and how they netted some big performance and usability improvements over the iMac Pro they started with.

Lunar was hired by the film’s producers to create the ‘Main on Ends’ sequence (MOE): the end animated credits for the movie. It’s a two-minute sequence that involves more than two dozen rendered objects – props related to the film, weather effects, and a deadline of four weeks.

Software used for the sequence included Maya, V-Ray, Houdini, Divinchi Resolve, and Adobe Photoshop. They ordered a mid-tier Mac Pro with 3.2GHz 16‑core Intel Xeon W, 192GB of RAM, two Radeon Pro Vega II GPUs, 4TB SSD storage and Apple’s Afterburner card. Because of the timing of the movie and the Mac Pro’s release, Lunar had to start the project on an iMac Pro, and immediately ran into issues.

One of the immediate things we noticed as soon as we began the animation stage on an iMac Pro, is that we were struggling to get all of the assets into a scene with all of their high resolution texture maps without running out of Graphics RAM.

While they could make accommodations to work, it became an issue when it came time for client approval, since their 8K edits were being done at a lower resolution. The Mac Pro solved this. What’s more, they experienced a whole host of other improvements – faster rendering, better multitasking, and more.

While they’re very impressed with the performance of the Mac Pro, it’s the Pro Display XDR that won extra praise from the studio.

It provided us with a phenomenally accurate visual representation of the content we were making. It enabled us to deliver something we were truly confident in. It essentially meant that we now had a reference monitor in the studio.

As a smaller studio without £30k to drop on a monitor, it’s allowed us to see exactly what the final deliverable looked like as it was intended to go to the client. As our final deliverables were EXR files, we had the range to see past the maximum brightness of a standard iMac display.

The web page documenting their experience has plenty of videos you can check out for yourself to see the speed of the Mac Pro at work. Quite impressive.

Would you like a new Mac Pro? Or is that too much horsepower or too specialized for your needs? Sound off in the comments.