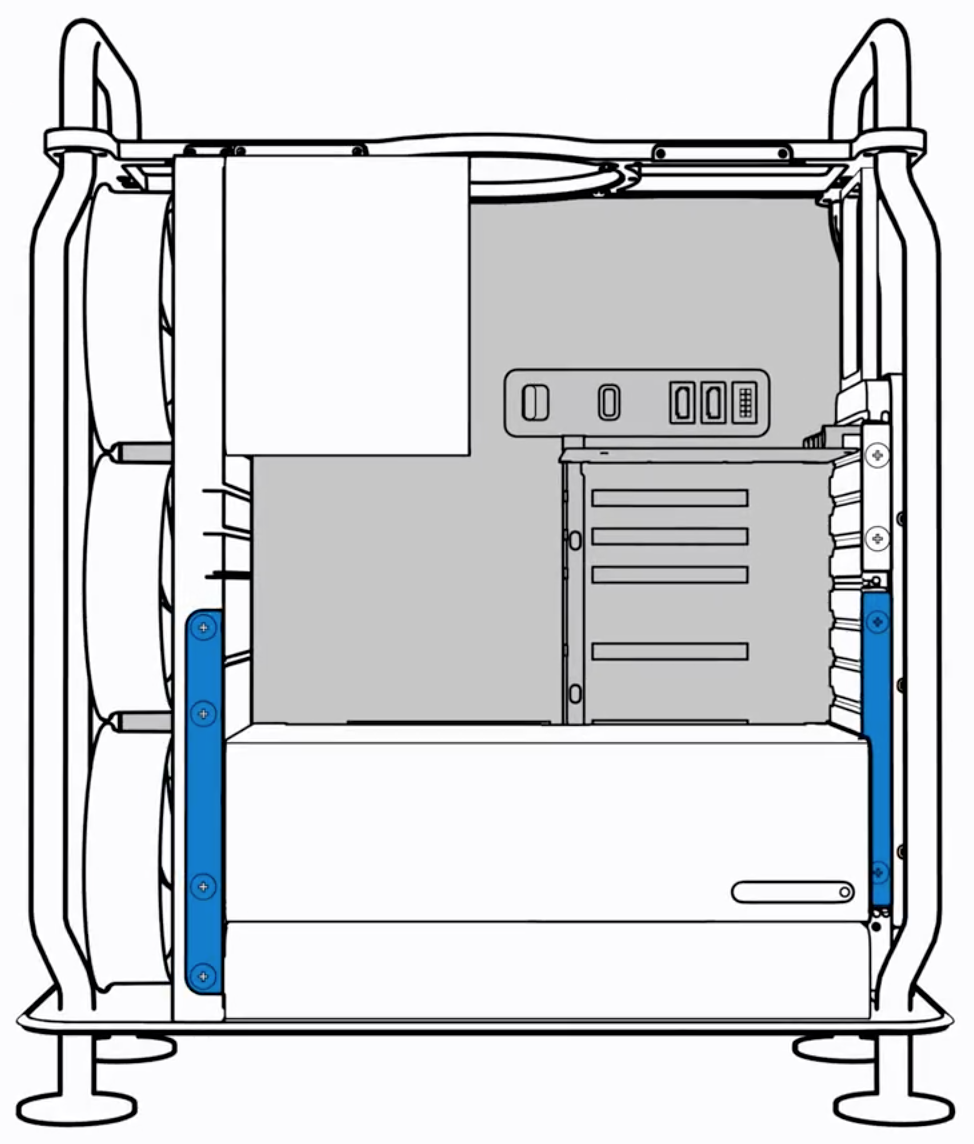 Apple yesterday released its new workstation — the $5,999 Mac Pro — and soon after the company’s official support channel on YouTube published a pair of videos demonstrating how to add more memory to your computer and upgrade its graphics subsystem.

How to upgrade the RAM

Adding more RAM to your Mac Pro workstation isn’t as straightforward a process as it is on the other Mac models. With the all-in-one iMac desktop, for instance, you get user-accessible slots that make it easy to swap the RAM modules and upgrade the memory without hassle.

TUTORIAL: How to upgrade the RAM on your 13-inch MacBook Pro

On the new Mac Pro, however, adding more memory is a multi-step process that begins with waiting at least ten minutes until the machine cools down before you’re allowed to open it.

The new Mac Pro can have up to a whopping 1.5TB of memory.

The iPhone maker also provides a support document to help folks install the DIMMs in the correct slots. If the DIMMs are in the wrong slots, you’ll be notified by a macOS error message.

Another support document provides detailed memory specifications for the new Mac Pro that you’re advised to read in order to learn about the types of memory used in the workstation.

How to upgrade the graphics card

For a more detailed overview of the process, consult the official support document providing specifics on the PCIe slots in the computer and how to install additional cards.

Apple also lists all the PCIe cards supported by the new Mac Pro.

Apple advises that customers follow the instructions closely to avoid damaging their pricey computer. In other words, and do keep this in mind, any damage caused by failing to follow Apple’s instructions is not covered by the company’s standard 1-year warranty.

The new the ‌Mac Pro‌ is available for purchase starting at $5,999, with flagship build-to-order configurations fetching north of $50,000.

The new Pro Display XDR can be yours in exchange for $4,999, or $5,999 if you need a matte nano texture on the screen. Apple’s bespoke stand for the monitor is an additional $999.

The new external display requires a special, Apple-made cloth to clean it.