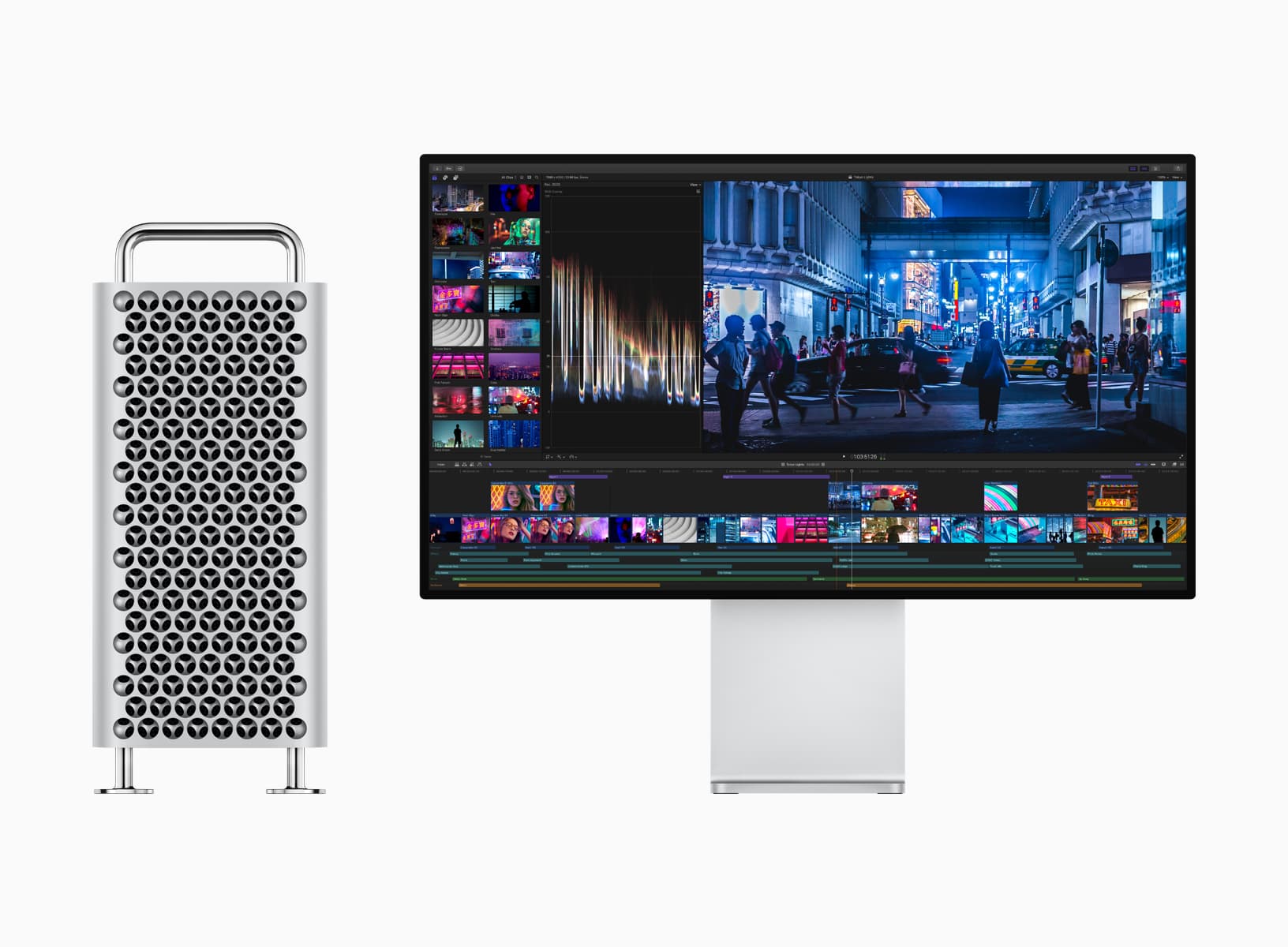 Apple began accepting orders Tuesday for the new Mac Pro and Pro Display XDR. The base model of the Mac Pro alone is $5,999, making it Apple’s highest-priced base model Mac to date. If you max out all Mac Pro options and add the $4,999 Pro Display XDR you’ll end up spending ten times that, though. Let’s have a look at how Apple has priced the various options on the Mac Pro.

On its own that’s a powerful system that is sure to meet the needs of many potential buyers, with gobs of internal expansion available as their needs grow. And unlike other Macs, this one is explicitly built with user-accessible internal expansion in mind: plenty of RAM sockets and PCI Express expansion slots can be populated after the fact with whatever you need.

Of course, there are some options which you can get only from Apple, which you’ll have to order at the time of your purchase. And that’s what sends the price into the stratosphere.

Apple offers Intel Xeon W processors with up to 28 cores, for example. While there are several steps in between, outfitting your new Mac Pro with a top-end 28-core 2.5 GHz processor will add $7,000 onto the cost of the machine.

You can buy server-quality DDR4 ECC RAM from various vendors for a lot less money than Apple charges. But if you go with Apple’s kit, you’ll end up paying $25,000 more for 12 sticks of 128 GB memory to fully populate the Mac Pro. But that’s only for Mac Pros configured with the 24 or 28-core processors, as they’re the only ones with that sort of memory addressing capability. Other Mac Pros are limited to 768 GB, a paltry $10,000 over the base price.

Rig out your Mac Pro with graphics and storage

The next big ticket item is the graphics processor inside the box. The Mac Pro’s default graphics card is a general-use GPU that can drive six 4K displays, two 5K displays, or two Pro Display XDRs. Apple offers workstation-class Radeon Pro Vega II hardware for $2,400. Or fully load both MPX graphics slots with two Radeon Pro Vega II Duo boards, each with 32 GB of High Bandwidth Memory 2 (HBM2) memory for $10,800 more than the stock card. Apple plans to have Radeon Pro W5700X cards available as an option, though it did not specify price.

While you can rig out your Mac Pro with whatever external storage you need thanks to Thunderbolt 3 ports and PCI Express expansion slots to accommodate fibre channel or other high-bandwidth connectivity, you can also order extra internal storage from Apple. If the 256 GB on the entry-level Mac Pro is insufficient, 1 TB is another $400. 4 TB of SSD storage will add $1,400 to the price.

Mac Pro: What’s up with Afterburner?

The Apple Afterburner card is not an accessory that every Mac Pro buyer will need. Afterburner is a card that fits in the fifth of the the Mac Pro’s eight PCI Express expansion slots. It’s an accelerator card that decodes ProRes and ProRes RAW video codecs used in Apple’s own pro video software Final Cut Pro X. Products from Adobe, Avid and many other companies have added support for the codecs as well. If you’re not working in digital film or video, chances are slim you need the Afterburner card. But if you do, fork over another $2,000.

Apple includes a keyboard and Magic Mouse 2 but you’ll need to fork over another $50 if you’d prefer a Magic Trackpad 2 instead. The Mac Pro also ships on flat feet. If you’re going to need to move the Mac Pro around the studio or office for various tasks, another $400 will get you wheels.

While the Mac Pro will work with any compatible display, some folks will be interested in the $4,999 Pro Display XDR. It’s pricy for a 32-inch monitor, but it’s not any 32-inch monitor. It’s got a 6K display with 1000 nits sustained brightness (1600 peak), 1,000,000:1 contrast ratio, and P3 wide color gamut support with 10-bit depth. It’s aimed at digital creatives and others looking for an alternative to even more expensive studio reference monitors.

That price gets you standard matte glass. Apple sells a version with “nano-texture glass” for $5,999. Apple claims the nanometer-level etching in nano-texture glass is superior because it maintains contrast while scattering light, unlike conventional matting, which cna lower contrast and produce unwanted haze and sparkle.

The Pro Stand will cost another $999. It lets you adjust height, tilt and rotation. Otherwise a VESA mount adapter is $199, so you can attach the Pro Display XDR to any 100 by 100 mm VESA-compatible mount.

As you can see, you can spend a lot of money on the Mac Pro without trying too hard. But those high-end configurations aren’t for everyone. The upside to the Mac Pro is that Apple’s left it with plenty of easily-accessible expansion, so you can add what you need down the road – once you’ve billed clients enough to pay off your massive initial investment!

Have any question about Mac Pro configuration options? Daydreaming about what you might order? Let me know in the comments.