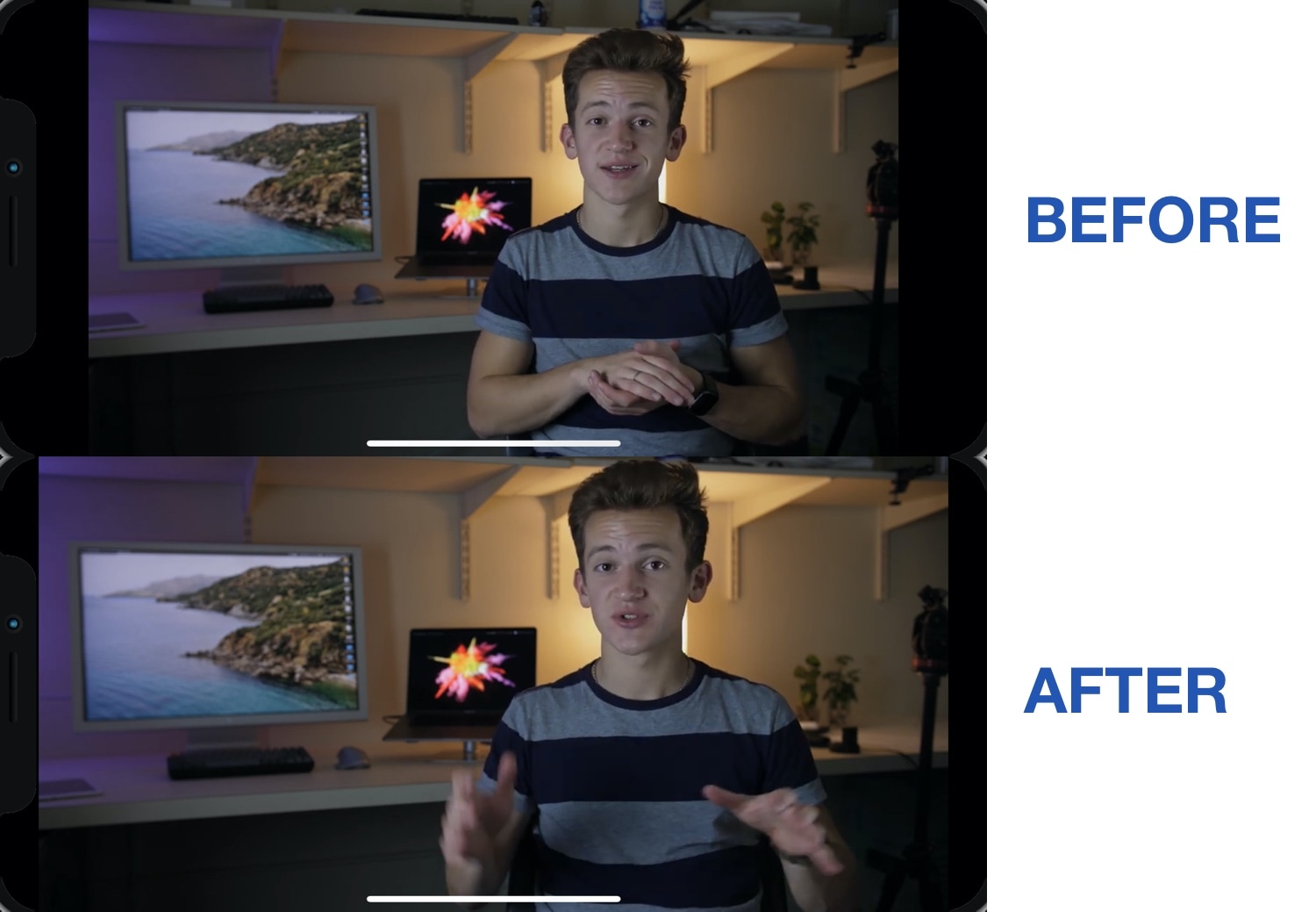 When watching videos in the YouTube app for iOS, those with notched handsets can view them one of two ways when the handset is in landscape orientation: 1) zoomed out such that the notch remains hidden in the video’s black side border; and 2) zoomed in such that the notch physically cuts into the video frame. Switching between these modes is as easy as using a pinch gesture while a video is playing.

As you might have noticed by now, some YouTube videos take better advantage of the wider display canvas, filling the display up to where the notch begins. This usually depends solely on the aspect ratio of the videographer’s filming equipment, but with the help of a new jailbreak tweak called UniZoom by iOS developer Lavie Gariv, users can synthetically impose similar scaling effects on virtually any video on YouTube.

Unsure what we’re talking about? Have a look at the before and after screenshot examples above.

You’ll notice in the before illustration that it’s much narrower, and we could zoom in with a pinch gesture, but this would expose the handset’s notch. In the after illustration, UniZoom adjusts the video’s zoom amount so that it fills the empty rectangular area of the display, and it does this without so much as a single rounded corner or notch to be seen.

UniZoom doesn’t ‘scale’ the video frame to a different aspect ratio, per-se, but it zooms the video just enough fill more of your notched handset’s display without exposing any of the display’s curvatures. This is different from the pinch-to-zoom feature natively available in the YouTube app because the latter fills all the black space on the sides, enabling the display’s rounded corners and notch to cut into the video frame and obstruct your view.

Once installed, UniZoom can automatically zoom all YouTube videos like this for you, but it can also be configured to do this manually by overriding the native pinch-to-zoom gesture in the app. You’ll find a preference pane in the Settings app where you can configure these parameters: 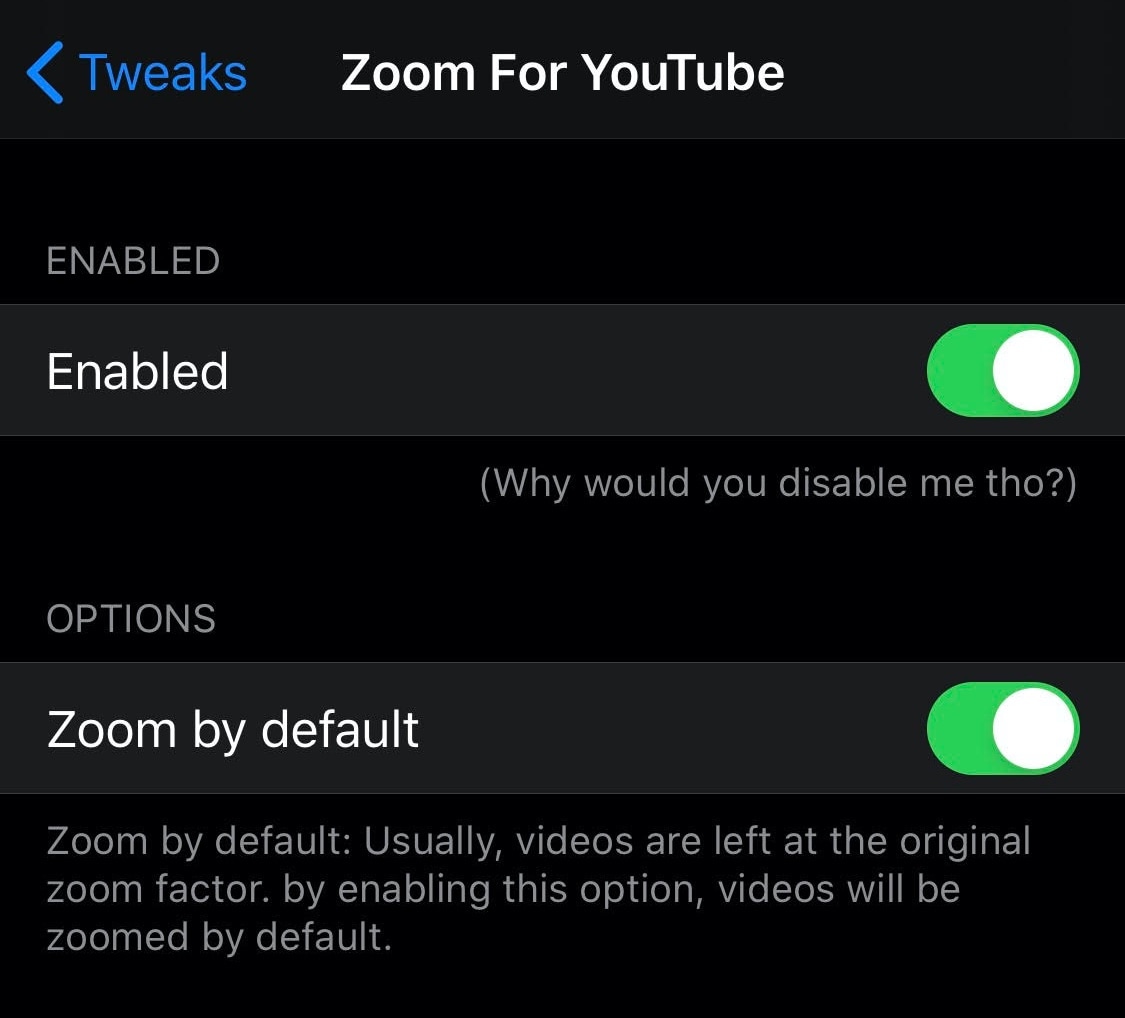 Personally, I love what UniZoom does, and with that in mind, this tweak comes with an easy recommendation for me for all YouTube app users. Obviously, the tweak is only intended for the official YouTube app, and so it probably won’t work with third-party clients. Moreover, UniZoom is intended for notched handsets only, so if you have an iPhone 8 or older, you won’t need this tweak.

If you’re interested in trying UniZoom, then you can download it for free from the BigBoss repository in your package manager of choice. The tweak supports all jailbroken notched iPhones running iOS 11, 12, or 13.

Will you be enhancing your mobile YouTube experience with UniZoom? Let us know in the comments section below.