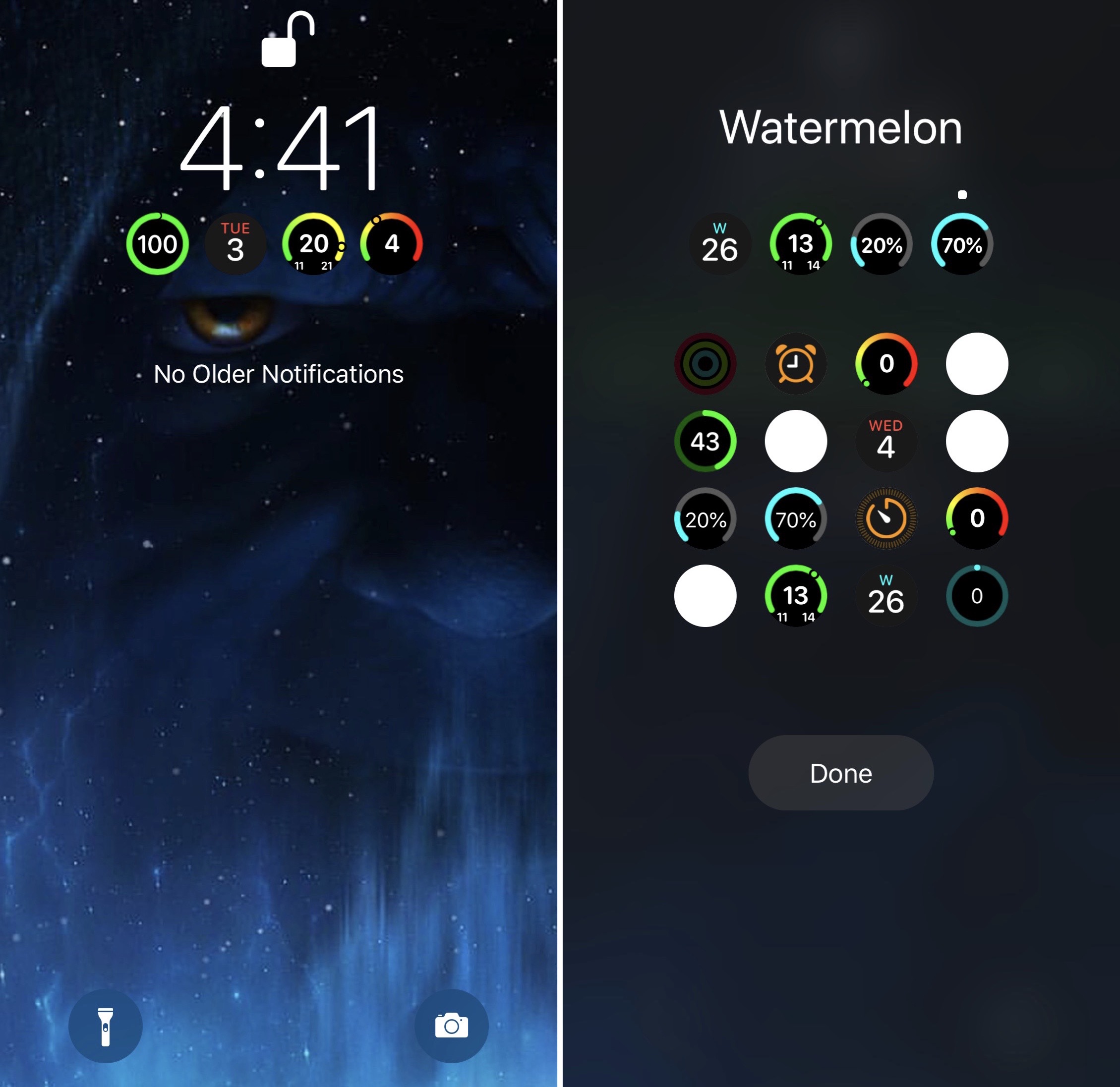 One of the reasons I love my Apple Watch so much is having the ability to glance at my wrist to see information from Complications. On the other hand, I spend most of my time using  my iPhone as opposed to my Apple Watch, and it’d be nice to have watchOS-like Complications present on my iOS devices.

If you’re thinking along the same lines I am, then you might be interested in a newly released jailbreak tweak called Watermelon by iOS developer LaughingQuoll.

As depicted in the screenshot examples above, Watermelon brings fully-functional Apple Watch Complications to the iOS platform. In the first illustration, we discern four Complications just underneath the Lock screen’s time indicator. Users can customize which Complications appear by tapping and holding on the Complication widget, and the interface in the right illustration appears.

Right out of the box, Watermelon supports the following Complication types:

In addition to those listed above, LaughingQuoll is working to add additional Complications in an upcoming update to Watermelon, including:

Watermelon doesn’t currently have any options to configure, but that’s set to change in a future update as support for more complicated Complications come to fruition. In its current stages, Watermelon is available as a public beta for Patreon members. Bugs may be present in this public beta, but they’ll soon be hammered out as the tweak nears its final public release.

Those interested in trying Watermelon can purchase the tweak for $1.49 from the Chariz repository via their preferred package manager. The tweak supports jailbroken iOS 13 devices only.

Do you think bringing Apple Watch Complications to the iOS Lock screen is a good idea? Let us know in the comments section below.