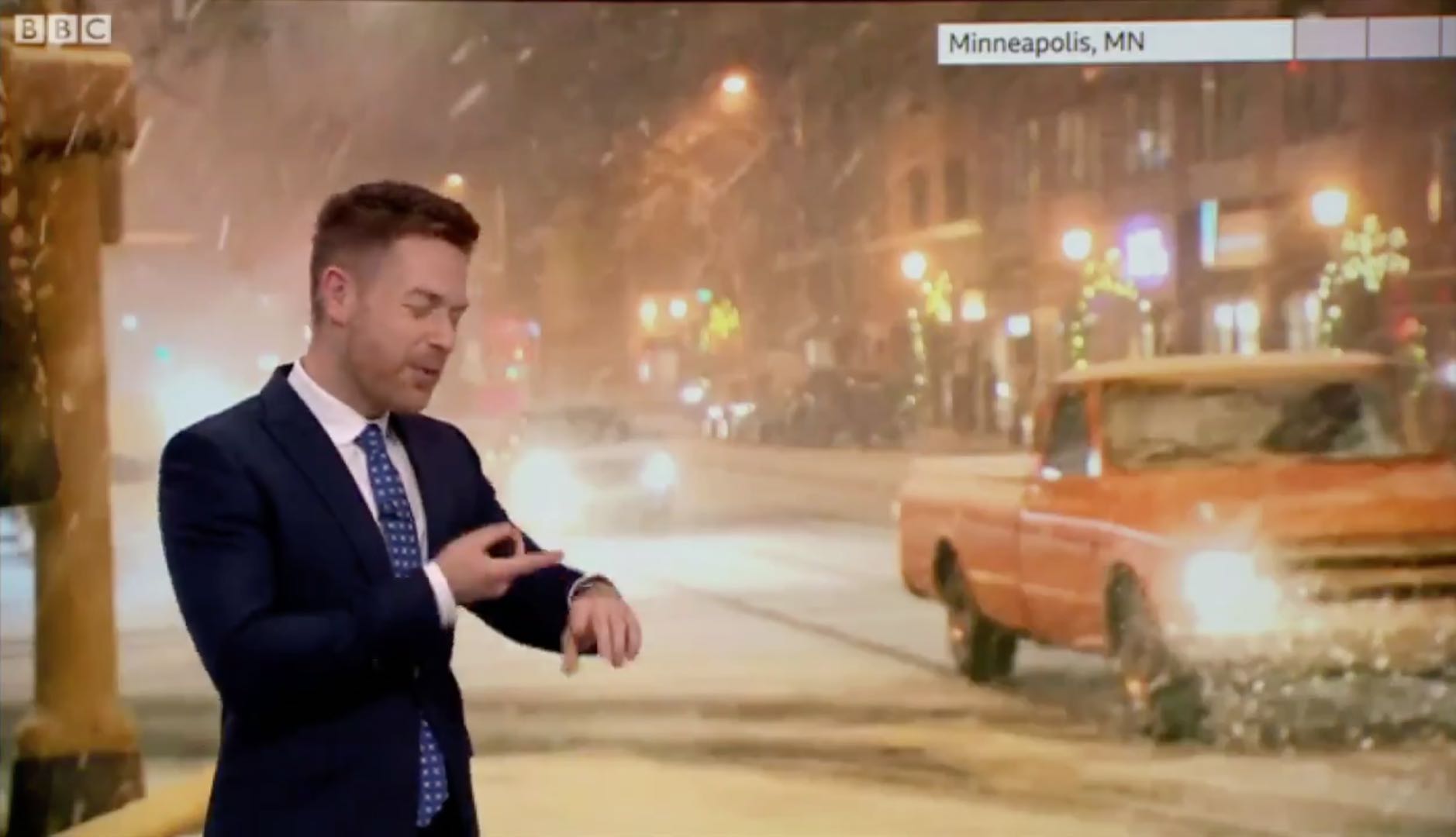 When Tomasz Schafernaker was presenting the weather during a live broadcast on BBC last Thursday and describing snowy conditions in parts of the U.S. Midwest, Siri on his Apple Watch hilariously chimed in to say that there was no snow in the forecast whatsoever.

“There is snow in your forecast, I thought,” the anchor said, to which Schafernaker replied, “Yeah but it probably doesn’t know what place I’m talking about.” The weatherman took to Twitter to share the funny video and apologize for the snafu, saying he never actually invoked Siri by holding a button or uttering the hot phrase “Hey Siri”.

⌚️ I never summoned Siri! And it goes off…. @Apple https://t.co/0Ymx3EGiTN

As some commenters have pointed out on Twitter, it’s entirely possible that Schafernaker may have the option Raise to Speak enabled in his watch settings, which could have easily triggered the voice assistant when he raised his arm to point at the green screen.

It’s also possible that Siri may have misunderstood Schafernaker and incorrectly interpreted his weather talk as the hot phrase. Another possibility: he could have accidentally invoked Siri by pressing the Digital Crown, which sometimes happens to me as well.