If you’ve been testing the checkra1n public beta jailbreak on any of your iOS devices since the tool’s availability for public testing made headlines almost three weeks ago, then you’ve unquestionably noticed the sudden stall in frequent tool updates.

As it would seem, the checkra1n team has been hard at work in crunching bugs and improving the jailbreak’s stability, and that brings us to the latest update. Checkra1n team member Luca Todesco took to Twitter Sunday morning to announce the availability of checkra1n v.0.9.6, the latest in a long line of public beta releases for avid jailbreakers who wish to take advantage of the powerful checkm8 bootrom exploit: 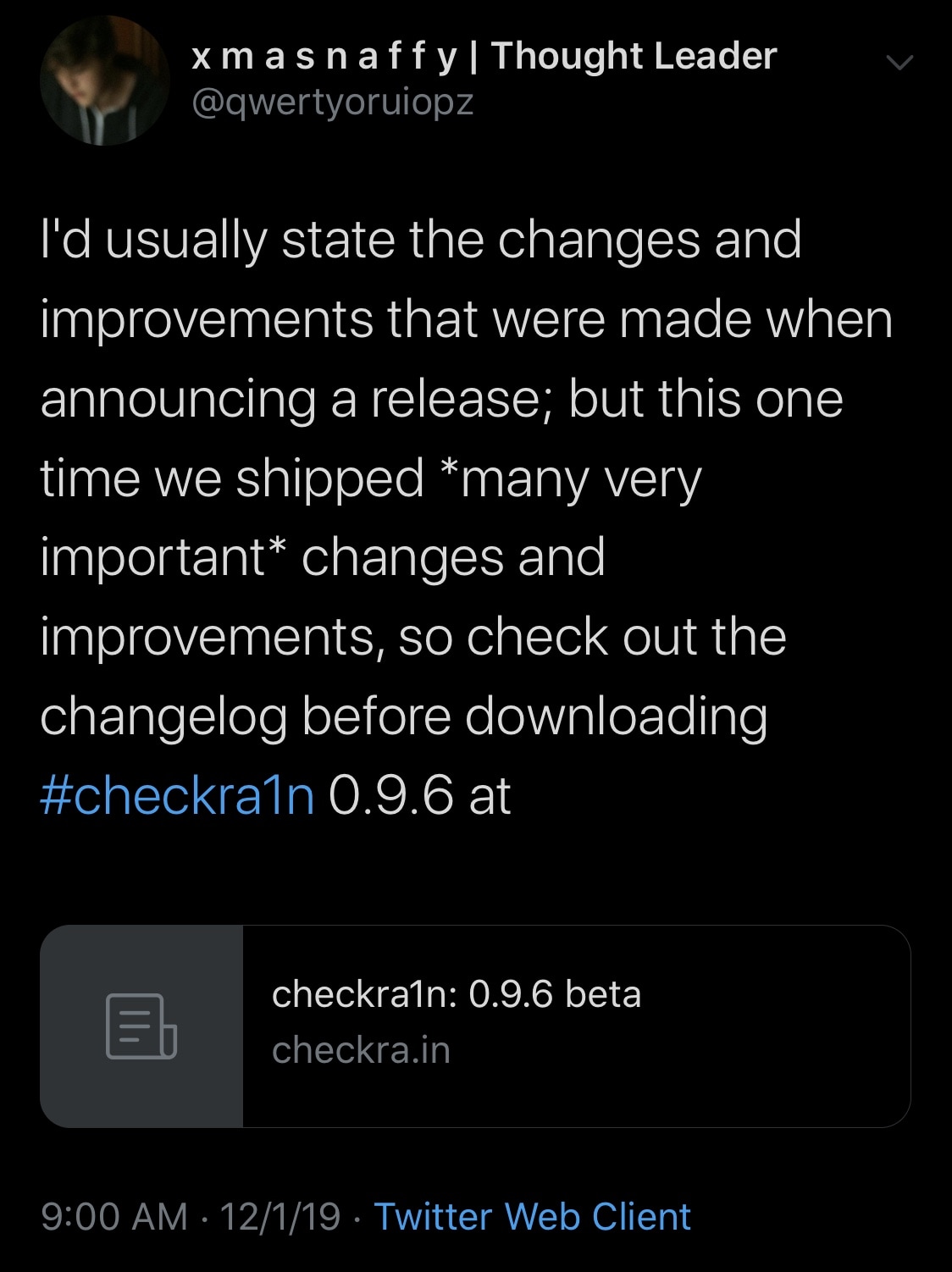 According to Todesco, checkra1n 0.9.6 contains too many changes to list out on Twitter, and so the extensive changes are best red from the tool’s official change log, which we’ve included for your viewing pleasure below:

– Fixes an issue where the iPad Pro Smart Keyboard would disconnect

– Fixes an issue where fast charging did not work

– Add support for jailbreaking Apple TVs from within the same app

– Re-engineered the command line interface from the ground up

If you are experiencing the -20, please re-jailbreak with the no-substrate mode option checked in the app and see if removing tweaks resolves your issue.

From what we can gather, checkra1n v0.9.6 brings new and improved support for more compatible iOS devices, and notably, adds official support for iOS 13.2.3, which was released by Apple only a couple of weeks ago. Other changes include improvements to the checkra1n Loader app, fixes for keyboard and charging accessories, and speed improvements, among other things.

Despite all the bug fixes and improvements, checkra1n v0.9.6 is still considered a public beta and should be treated as such. Betas are prone to bugs, and so only advanced jailbreakers or jailbreak tweak developers should attempt to use the checkra1n public beta. Everyone else is instead advised to wait for the official public release.

Are you excited about any of the latest checkra1n improvements? Discuss in the comments section.