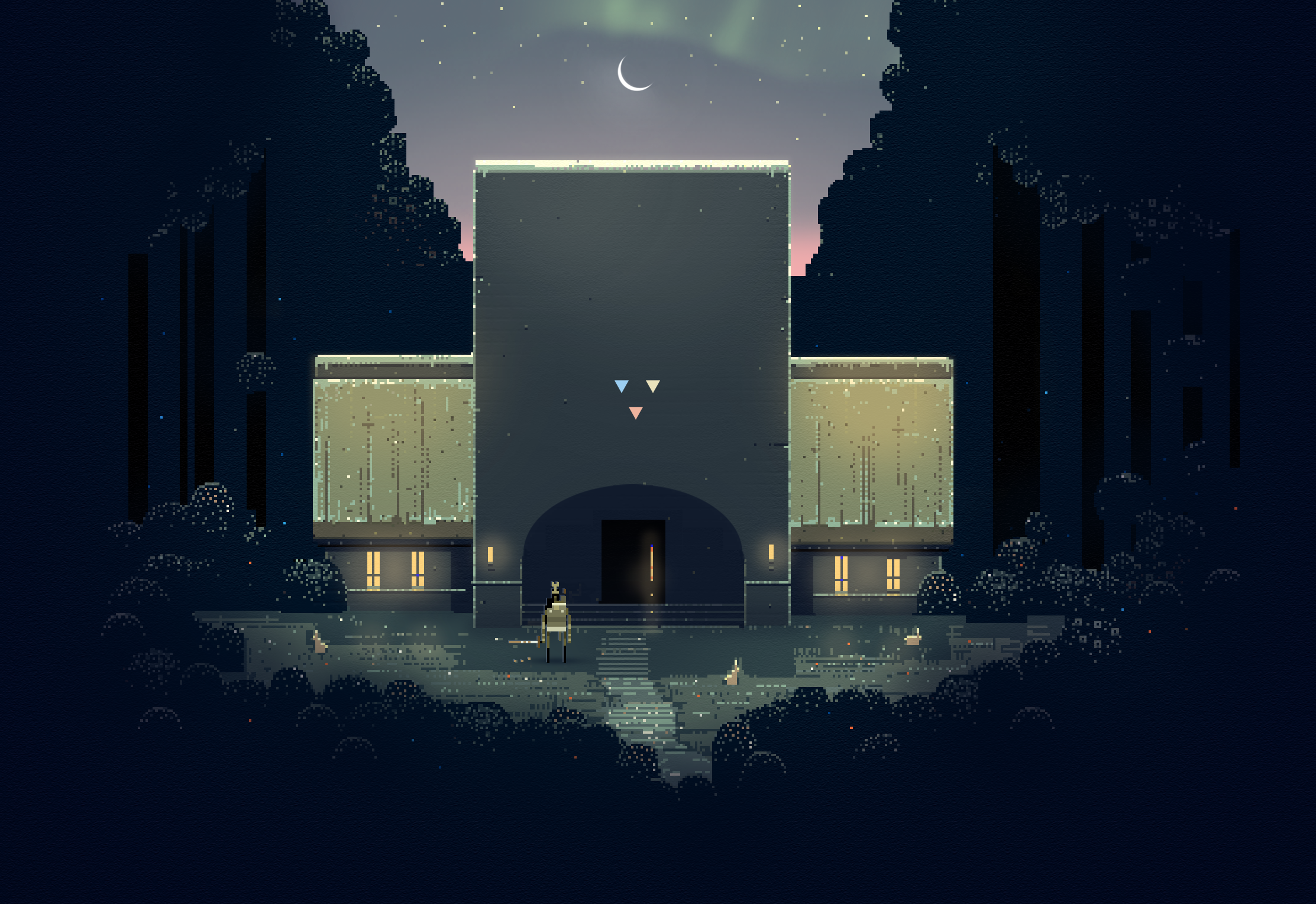 Superbrothers: Sword & Sworcery EP is one of the best experiences I’ve had on my iPhone in like forever. Downloading this game for free on the App Store’s Anniversary was the best decision I made when I was younger. I wasn’t the only one who got hooked to this game. On the App Store, Superbrothers: Sword & Sworcery EP sold 1.5 million copies, which led to this game to be ported to several different devices, the most recent being the Nintendo Switch.

However, being nostalgic about a game doesn’t mean the game is good. So now, almost 9 years after its release on the iPad and iPhone, we have to revisit The Scythian in today’s Retro review and see if the game is as good as we remember.

Superbrothers: Sword & Sworcery EP – A journey to the unknown 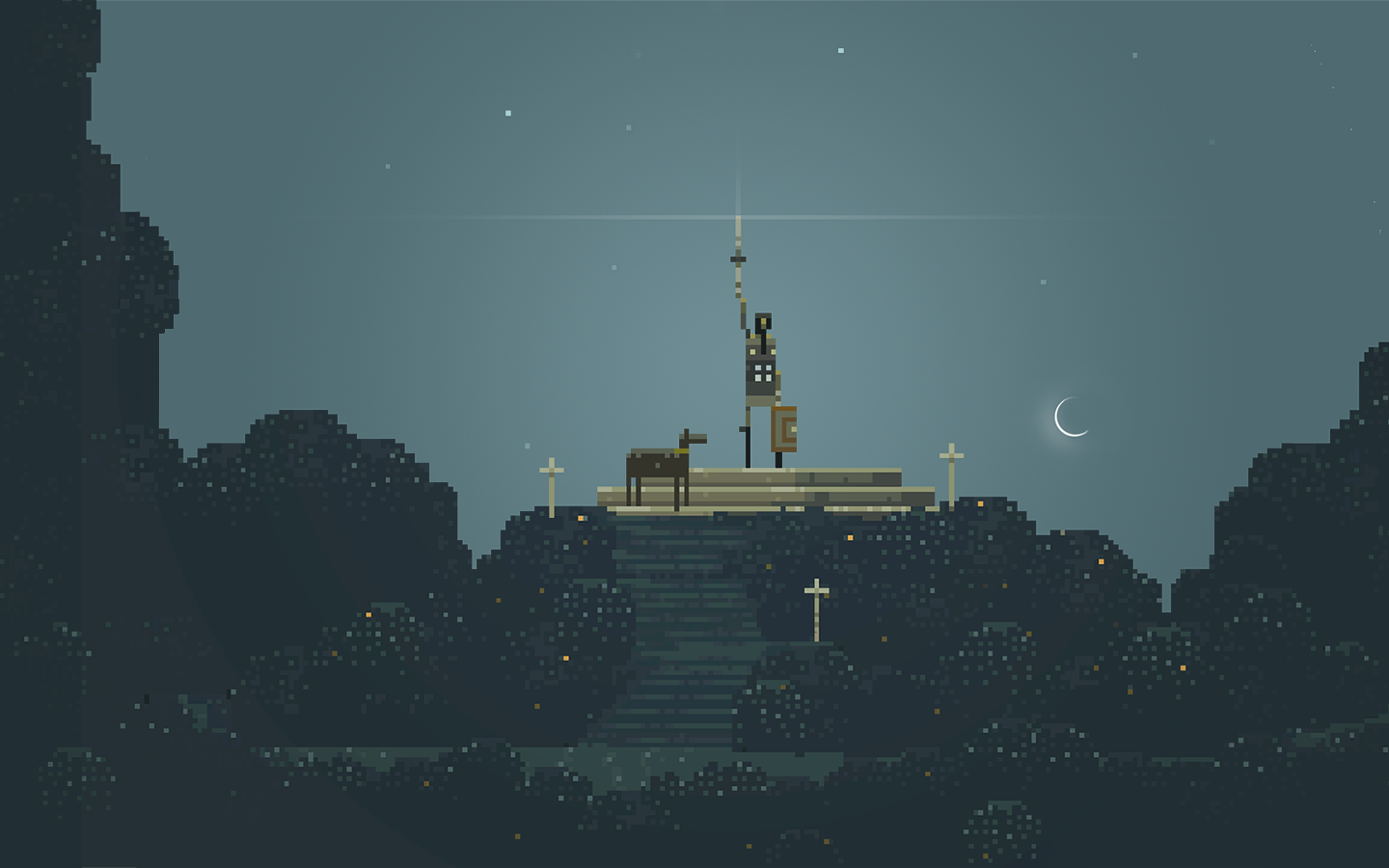 Superbrothers: Sword & Sworcery EP is an adventure game made by Superbrothers and Capy, also known as Capybara Games. You’ll play as The Scythian, a young female warrior who’s main objective is to obtain and use The Megatome, a book with mystic powers. To get it, you start your travel near the mountain of Mingi Taw. After getting help from Logfella, a fellow who cuts logs, a dog named Dogfella, which will follow you through most of your journey, and a little girl, which is named “Girl”, you start your adventure and head to the mountain where the bad things start to happen. Creepy environments, skeletons, and deadly shadows will start to get in your way through the course of four chapters or “sessions”.

Despite being an adventure game, Superbrothers: Sword & Sworcery EP also has other elements like puzzles and battles. The battles are somewhat turn-based, in which you’ll have the chance to slay your opponents until they attack and you have to defend or avoid their attacks.

The puzzles are mostly simple, but they can get tough from time to time. One downside to the game is that sometimes you don’t know exactly what to do or where to do it. In addition, even if you’re in the right place, you don’t necessarily know what to tap. There’ll be times where you tap the correct object, but not in the correct spot so it won’t activate. Other times, I found myself tapping everywhere on the screen to see if I found something I could interact with.

Once you get the hang of it, though, every puzzle becomes easier and you’ll, for the most part, have no problems figuring out what to do. Although, it may take some trial and error beforehand. 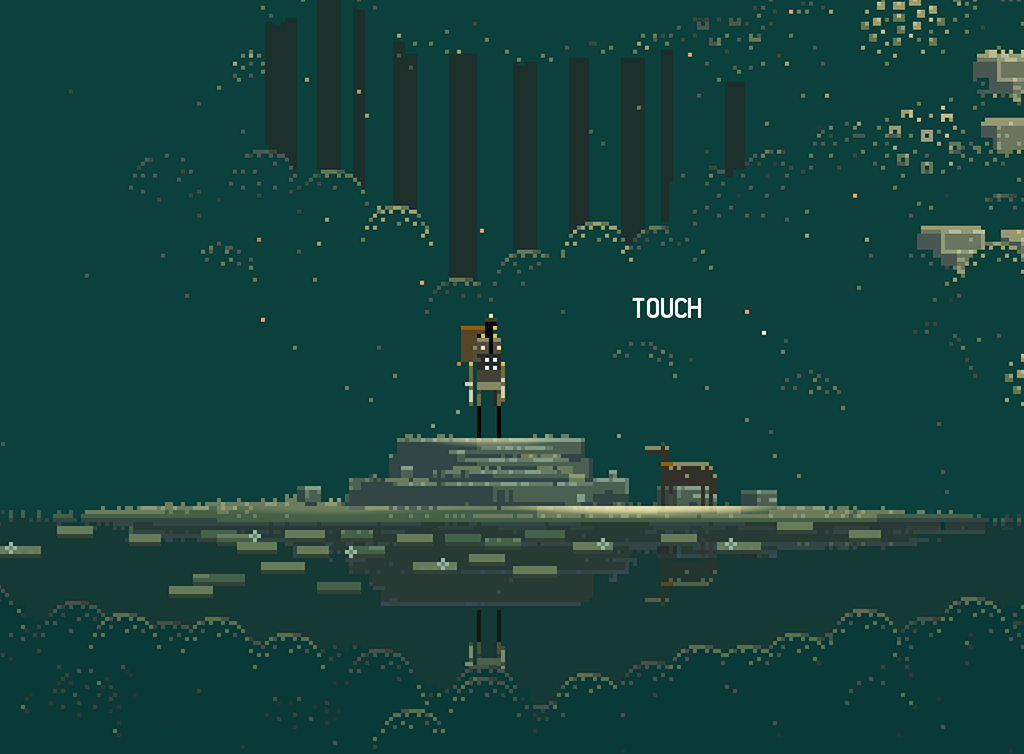 Superbrothers took full advantage of the iPhone and iPad when it first came out. For instance, it used both portrait and landscape modes in the game. Portrait mode is used for mostly battles. You tap to attack and you hold shield to defend.

When you’re not locked in battle, you’ll move around using your iPhone in landscape mode. You interact with objects and people by tapping on them. It’s simple gameplay, but as I mentioned before, sometimes you’ll have some trouble figuring out what to tap.

The visuals in the game are well made. The pixel-like style gives the game its own style while keeping everything detailed. The animations are really smooth and simple as well.

The music and sounds in this game are excellent and take your adventure to another level, and they really stick with you. Even without playing this game for a while, I still find myself listening to S&S’s soundtrack, even after all these years. It’s worth playing this game just because of this.

Superbrothers: Sword & Sworcery EP remains to this day one of the best games I’ve played on an iPhone. Everything, from its story to its simple gameplay and amazing soundtrack make this a must play or must replay for everyone.