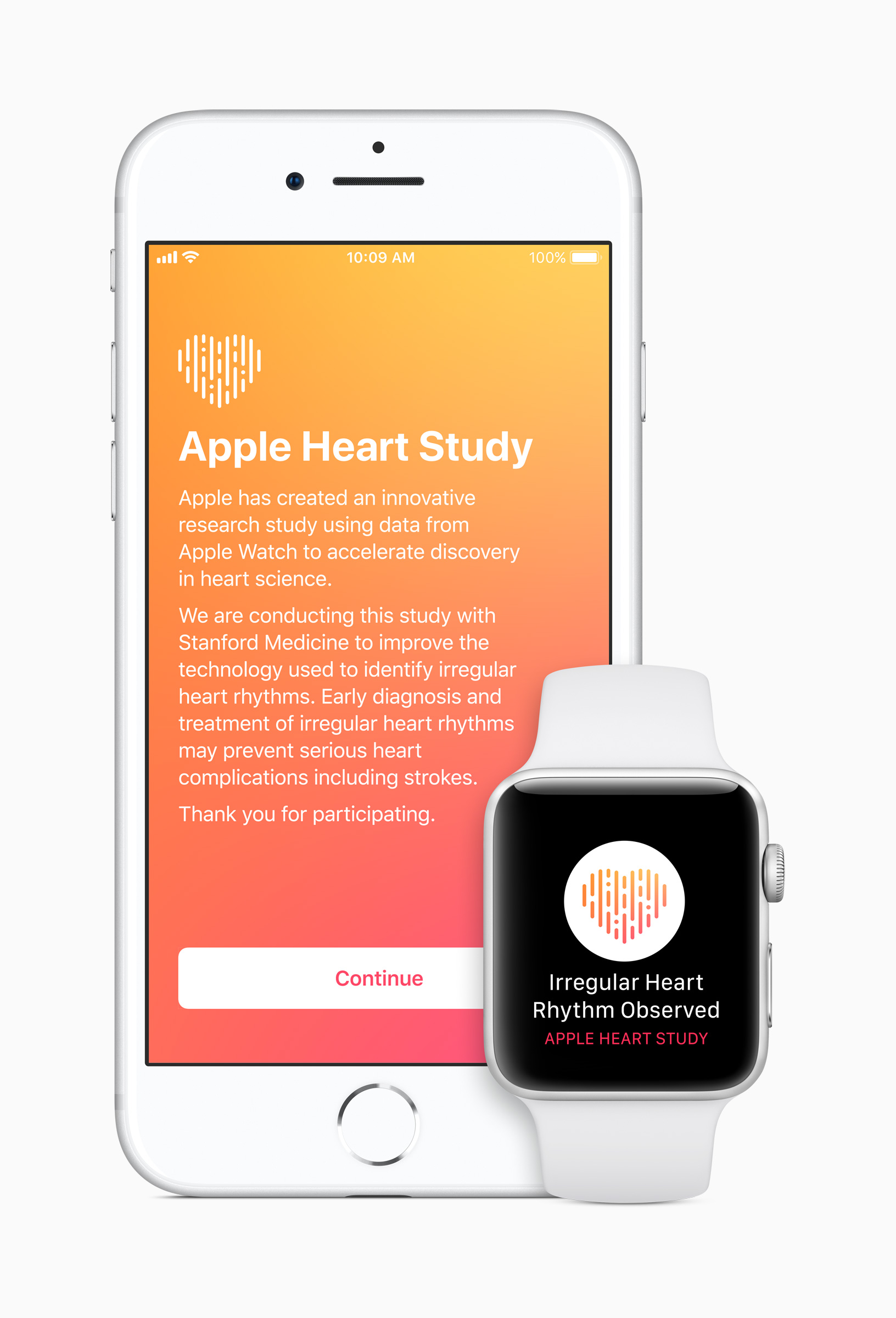 As Apple announced the release of its new Research app and the launch of three medical studies which take advantage of the new app, Stanford researchers published the full results of the Apple Watch Heart Study in the latest issue of the New England Journal of Medicine.

Back in 2017, Stanford University and Apple collaborated on the Apple Watch Heart Study. The researchers announced preliminary findings earlier this year but this marks the first pulbic release of the full report.

The study collected heart rate data from volunteers to identify those with irregular heartbeats. The goal was to identify those with a potentially serious medical condition called Atrial Fibrillation (AFib). Where irregular heartbeats were detected, researchers followed up with additional tests and questions. All in all, Stanford and Apple collected data on 419,297 participants who signed up for the eight-month study.

About 0.52% of those participating – 2,161 in total – registered irregular heartbeats, and further research showed that AFib was present in 34% of those folks. It turns out that 84% of “notifications were concordant with atrial fibrillation” – an indication that the Apple Watch was returning valid info when it told them it detected irregular heartbeats. Fifty-seven percent of those notified participants who returned a 90-day survey had contacted health care providers for more followup.

While the researchers were careful not to endorse the Apple Watch as a screening tool for medical conditions, they noted that the passive monitoring offered by devices like the Apple Watch can be effective.