One of my favorite upgrades in iOS 13 is the updated ringer/silent HUD. Rather than taking up the entire center of the display, iOS 13’s ringer/silent HUD appears near the top, and it looks much sleeker with its smaller footprint and subtle colorization.

If you’re jailbroken on iOS 12 instead of iOS 13, then you might be excited to learn about a newly released jailbreak tweak called XIIIHUD-Mute by iOS developer XCXiao, as it ports the iOS 13 ringer/silent HUD experience to the older mobile operating system. Examples of the tweak are depicted in the screenshot examples above.

XIIIHUD-Mute isn’t the first tweak to do this. Ringer13 was released just last month with similar intentions, but XIIIHUD-Mute is $0.30 cheaper than the former and seems to be more aesthetically accurate in terms of interface dimensions when compared with the real deal on a non-jailbroken iOS 13 handset.

Just like Ringer13, XIIIHUD-Mute supports both light and dark modes, and a dedicated preference pane is added to the Settings app where you can configure the tweak to fit your needs: 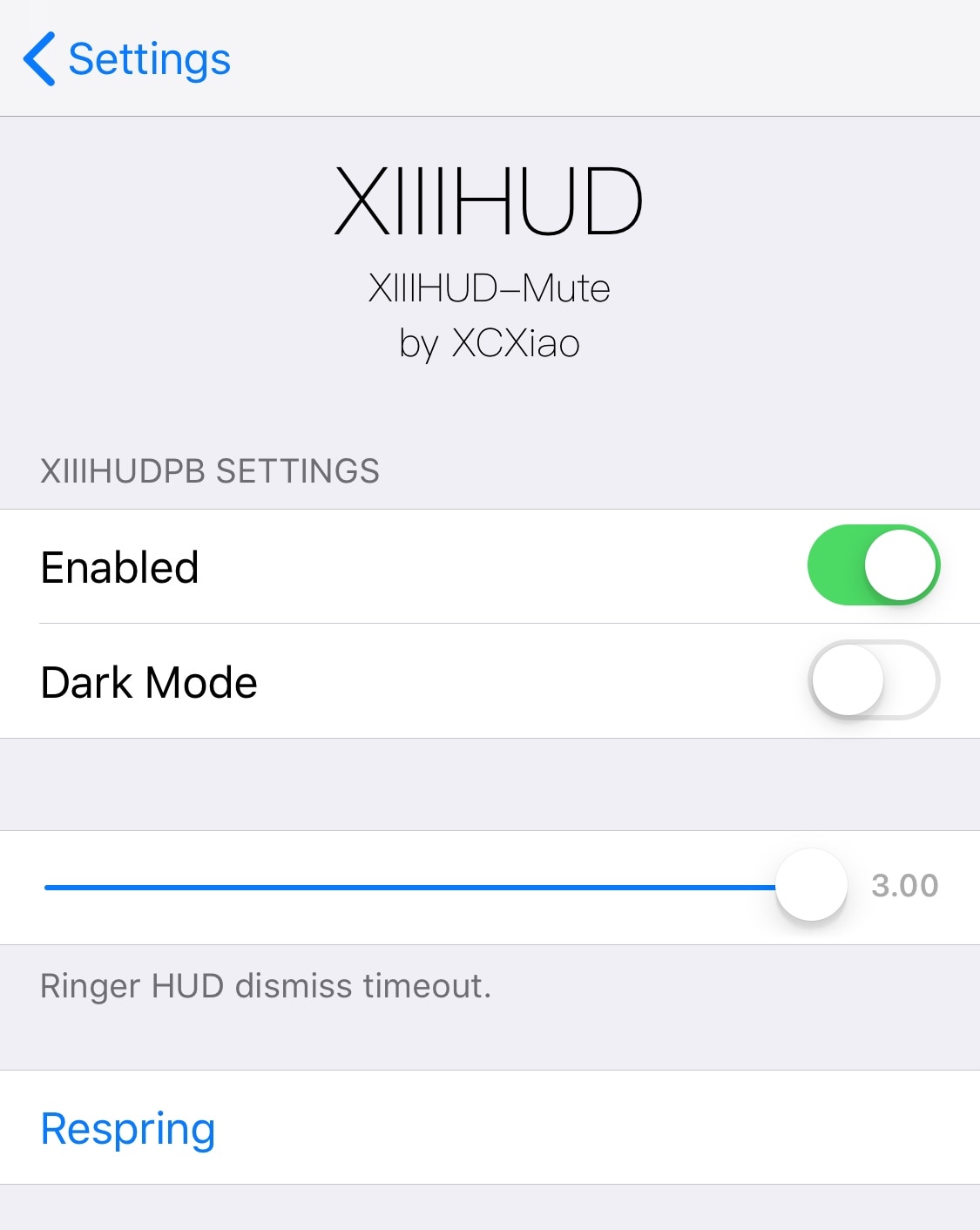 The developer includes a Respring button at the bottom of the preference pane so you can save any changes you make.

Personally, I’ve always enjoyed seeing newer features ported to older versions of iOS, and given the slighter price tag and visual accuracy that XIIIHUD-Mute brings to the table, it’s an easy recommendation to my fellow jailbreakers on iOS 12.

If you’re interested in trying XIIIHUD-Mute, then you can purchase it for $0.99 from the Packix repository in your package manager of choice. The tweak officially supports jailbroken iOS 12 devices.

Will you be downloading XIIIHUD-Mute? Let us know in the comments section.