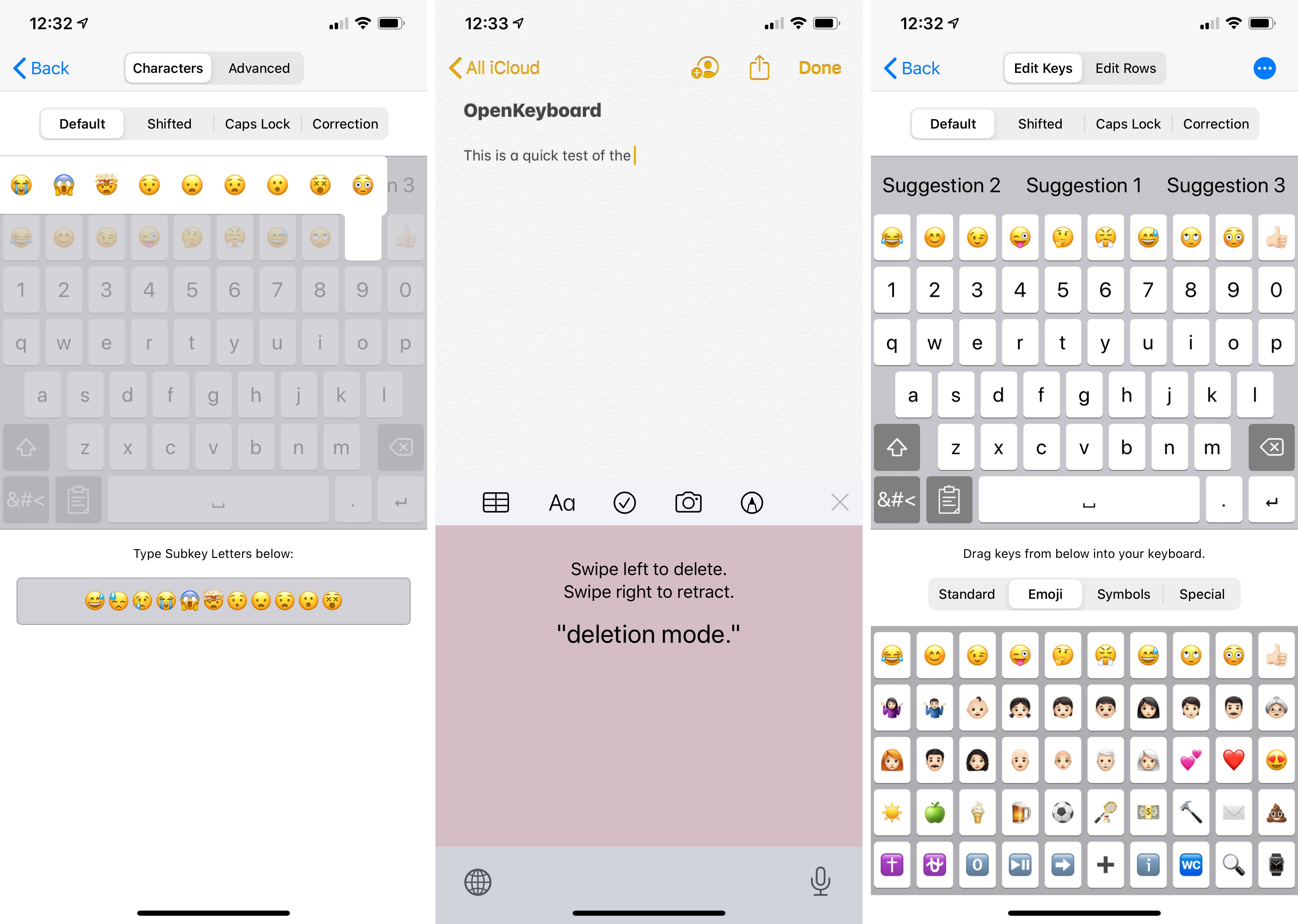 A new keyboard app popping up soon from German developer Jann Schafranek is completely customizable, allowing you to add, remove and change keys in any way you would want.

The upcoming software basically promises to let you build a software iOS keyboard of your own by adding any number of rows and keys. For instance, you will be able to customize the keys that pop up when holding on the key, as well as various actions such as:

You will even be able to adjust multiple auto-correct actions to your liking, including learning the currently touched word, hiding the keyboard, switching to another customizable keyboard and more. As if that weren’t enough, Schafranek included a nicely done deletion mode for deleting what you typed in a much more fine-tuned manner than the standard iOS keyboard.

I asked him to provide a little background pertaining to OpenKeyboard’s development:

With the size of our devices getting ever larger, I was waiting for Apple to at least add an optional number row to the keyboard. As that did not happen I searched for a solution that would let me add a number and emoji row but I didn’t find anything. So when I started building this app, I just wanted to give users the chance to have a normal keyboard with a number row and an emoji row.

Switching to the symbol or emoji keyboard for such common tasks is just annoying. But when I started building the idea in my head, I thought why not make this keyboard completely customizable, so you could add, remove and change keys in any way you would want. This is what came out of that idea.

Schafranek, who is 21 years old, has won Apple’s WWDC Scholarship in 2015. He is currently a full time student in Germany, part-time full-stack web developer at a local company.

OpenKeyboard is arriving December 1 as a free download allowing you to try out most of the functionality, with an optional In-App Purchase to customize the keyboard.

Will you be taking OpenKeyboard for a spin?