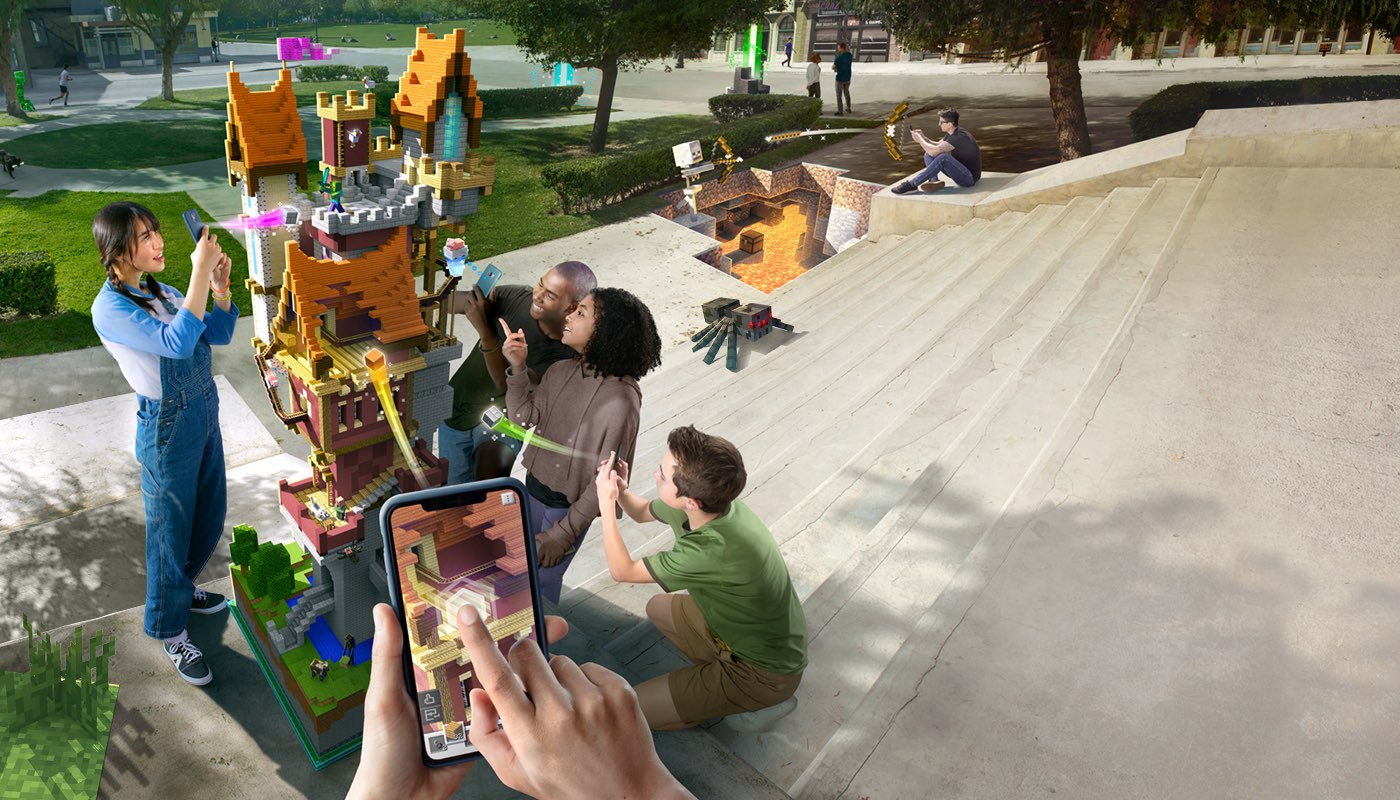 Way, way back in May of this year Microsoft and developer Mojang officially announced the next big chapter for its mega-popular Minecraft. That experience is a mobile title Minecraft Earth, an augmented reality (AR) game that brings the familiar into the real world.

And now the game is available in early access in the United States. Mojang and Microsoft have been testing the title in other countries, including the United Kingdom, Canada, South Korea, and other markets. But it’s been missing for waiting players in the U.S. until today.

Minecraft Earth, as I mentioned above, is an AR title that gives players the ability to launch a tabletop mode that displays the in-game creations, letting players mine, build, and interact with the characters and animals in the real world.

Check it out in action:

There is a multiplayer component as well, which means you can team up with another player nearby and work together on a structure you’re building and/or investigating. In the Adventure Mode players can try to fight against an oncoming mob to try and survive the longest.

The use of augmented reality for a game like Minecraft definitely makes sense, and it all looks like a quite a bit of fun.

If you want to try out the early access build of Minecraft Earth for iOS, you can install it from here. It’s a free title but there are in-app purchases, so be aware of that.

Is this a game you’ve been excited to try out?