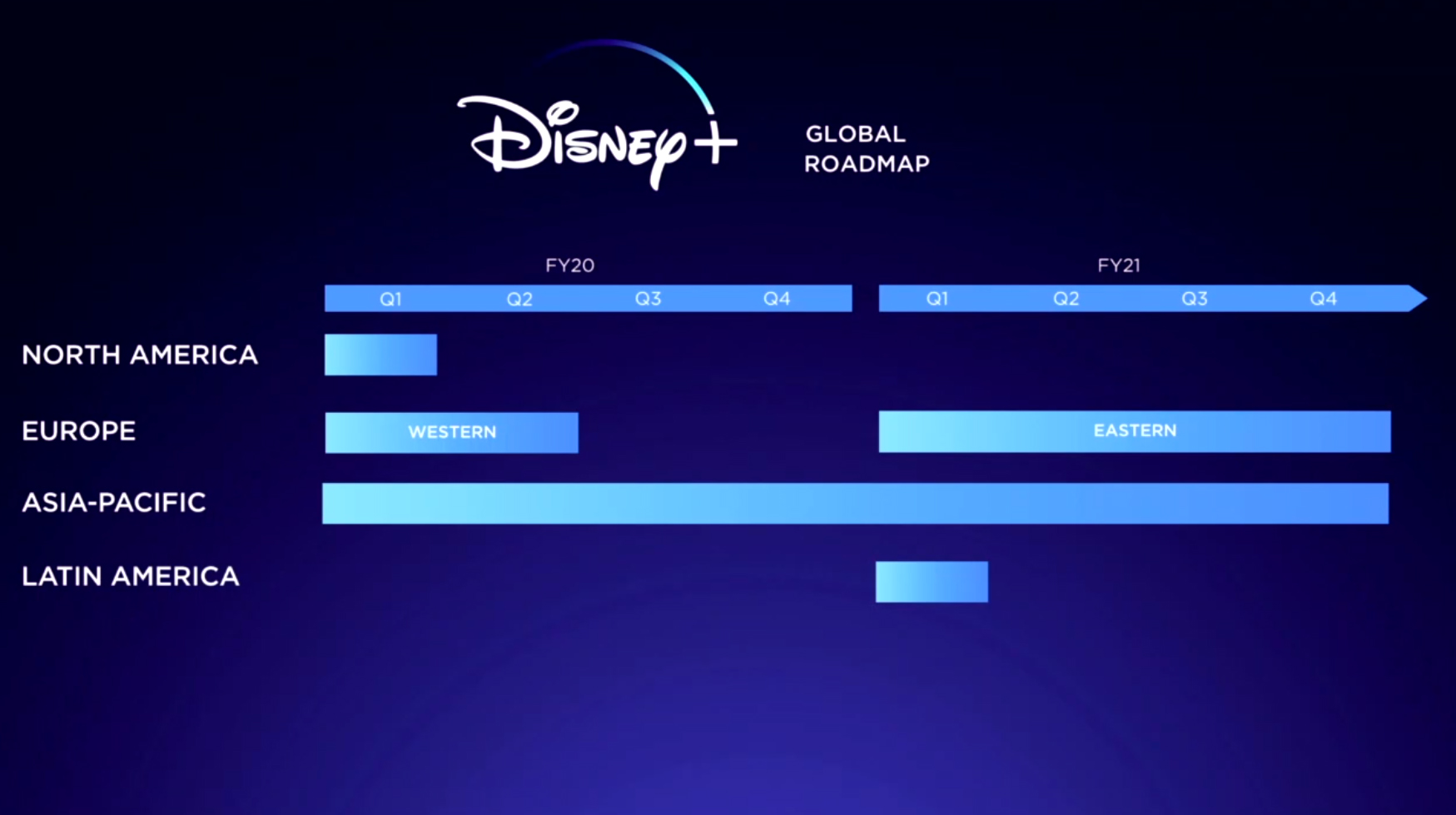 Disney+, which launches Tuesday in the US, Canada and the Netherlands, will be coming to customers in the United Kingdom, Germany, France, Italy and Spain on March 31 of next year.

Just announced: #DisneyPlus will be available in the United Kingdom, Germany, France, Italy, Spain (and more to be announced soon) starting on March 31st. Please note: Titles may vary by territory. pic.twitter.com/lE6nzBeaXy

Just days from launching its premium video-streaming service, the Mickey Mouse house has been dropping more news about Disney+ so now we know, for example, it’ll offer support for Amazon’s Fire TV devices when it makes its US debut on November 12.

The countdown has begun. #DisneyPlusOnVerizon starts streaming Nov. 12 🙌. To celebrate, we’re debuting an EXCLUSIVE LOOK at @themandalorian! Stay tuned for more VIP access to #TheMandalorian. On us. #DisneyPlus pic.twitter.com/82fjFymzkL

Conceived as the primary way to stream movies, television shows and originals from Marvel, Star Wars, Pixar and Disney’s own studio, plus a library of classics and content from 21st Century Fox, Disney+ will include a massive amount of popular shows and movies no other service matches at this time. It will be the exclusive home to stream theatrical blockbusters from those properties as Disney has called Disney+ the future of the company.

As a bonus, the entertainment conglomerate has an impressive list of hardware launch partners for Disney+ that includes a standalone tvOS app on Apple TV. And now, Disney’s boss Bob Iger in yesterday’s interview with CNBC announced the partnership with Amazon.

And with a subscription price of just seven bucks per month, or $70 per year, Disney+ pretty much undercuts every major video-streaming service out there. In Canada, it’ll cost CA$9 per month or CA$90 per year. In the Netherlands, Disney+ will be €7 per month or €70 per year.

Oh snap! #AvengersEndgame is coming to #DisneyPlus. Start streaming the epic finale to @MarvelStudios’ Infinity Saga on November 12 in the US, Canada and Netherlands and on November 19 in Australia and New Zealand. pic.twitter.com/Bc2Ev83DuD

In Australia, the service will be priced at AU$9 per month, or AU$90 per year, while subscribers in New Zealand will pay NZ$10 per month or NZ$100 per year.

Are you interested in Disney+ and do you plan on subscribing when it launches next Tuesday?