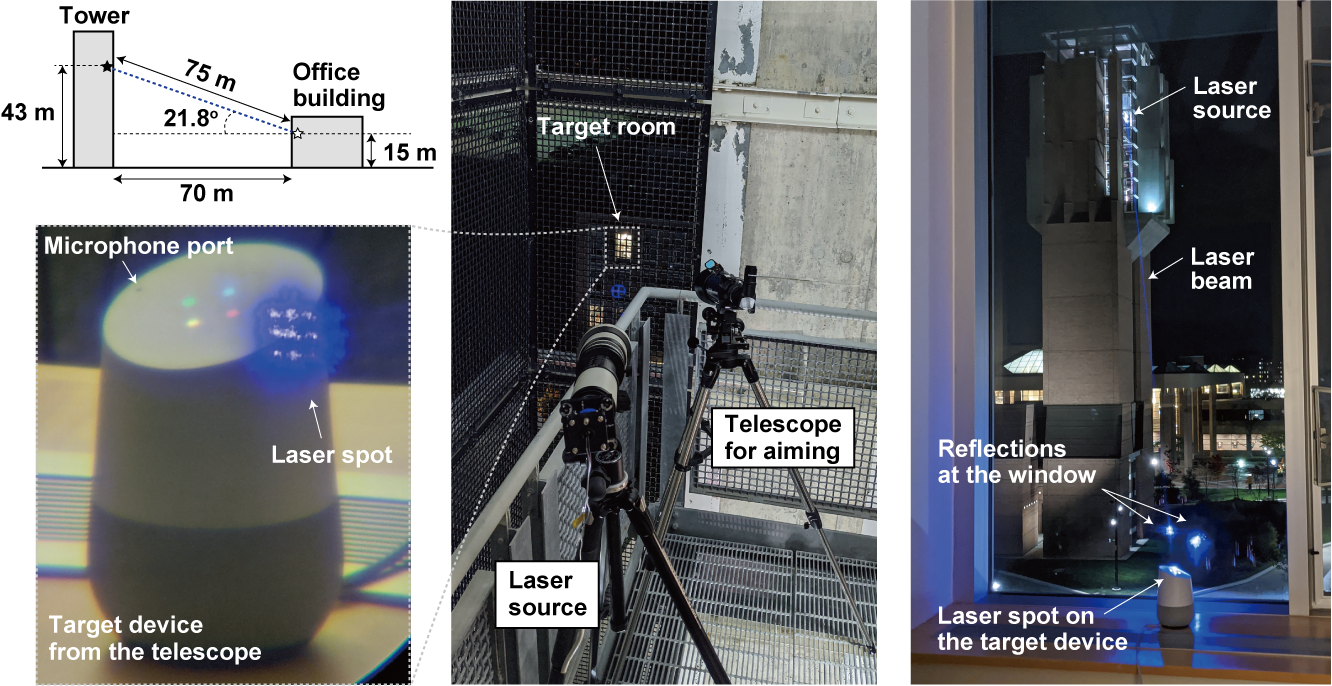 Researchers in Japan and the United States announced they’d found a way to hijack voice assistants including Google Home, Amazon Alexa and Siri using lasers and other focused beams of light, according to a report in the New York Times.

Researchers working at the University of Michigan and the Tokyo-based University of Electro-Communications published their findings on the web Monday and included several videos showing proofs of concept, though none of the videos included them foiling Apple devices, specifically.

The researchers tested a variety of devices from Google, Amazon, Apple, and Samsung. Apple devices included the iPhone XR and the iPad 6th generation, both of which exhibited vulnerabilities. The conditions need to be just right – for example, they need a clear line of sight, the right environmental conditions and access to the right areas on the device (the front microphone on the iPhone XR, for example).

It’s interesting research, although it’s still pretty edge-case. We’re willing to bet at the very least you’re going to see this pop up in new action movies and TV shows before too long.