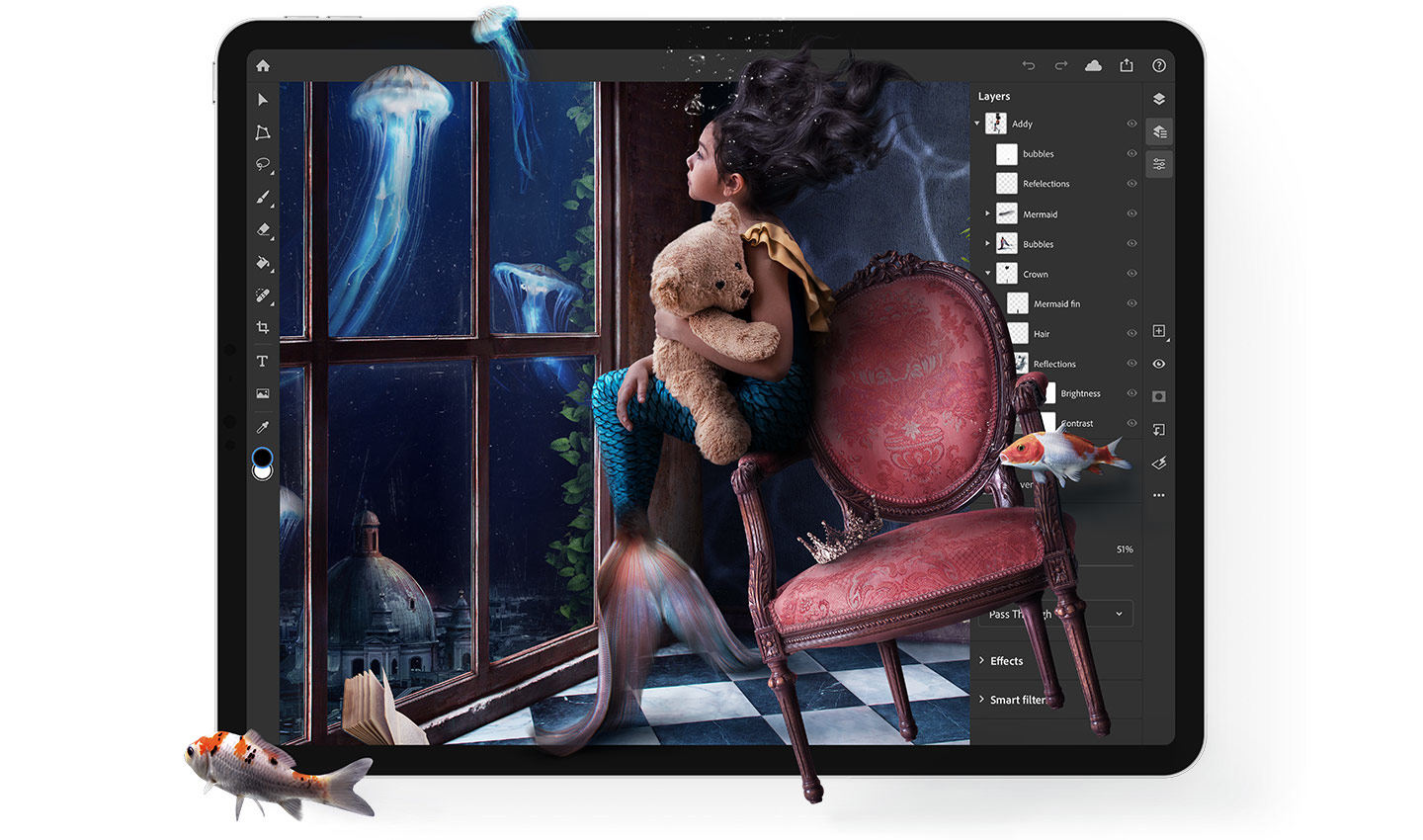 It’s been a year since Adobe first previewed a version of Photoshop running on an iPad at its Adobe MAX conference in Los Angeles, with a promise to release the app sometime in 2019. Now the software is available for download from the App Store. It’s a free download, though unlocking and using it requires an active Creative Cloud subscription.

Adobe explained the release in a blog post combining other Adobe Max 2019 announcements:

“This first iteration of Photoshop on iPad, launching today, is focused on core compositing and basic retouching and masking work. It lets you open and edit full PSD files on the go and finish up the project in the desktop version of Photoshop if you’d like.”

As Adobe implies, this is not a full-featured replacement for the desktop version of Photoshop. But this release enables customers to open and edit PSD files, see and edit layers, and create using many of the same tools as the desktop version, reimagined for the iPad’s touch interface. Of course, the Apple Pencil is fully supported. Supported devices include iPad Air 2, iPad mini 4, 5th gen iPad, and all iPads Pro.

Adobe has posted a new Photoshop for iPad product page with many more details.

Adobe announced the new iPad app’s release along with a host of other announcements timed to start with its 2019 Adobe MAX conference, which kicks off Monday in San Francisco. Among the other announcements is word that a version of Illustrator is coming to iPad in 2020.

According to Adobe, Illustrator for iPad “not only makes the power and precision of Illustrator mobile, it also reimagines the interface in a way that makes the app easier and more intuitive to use.”