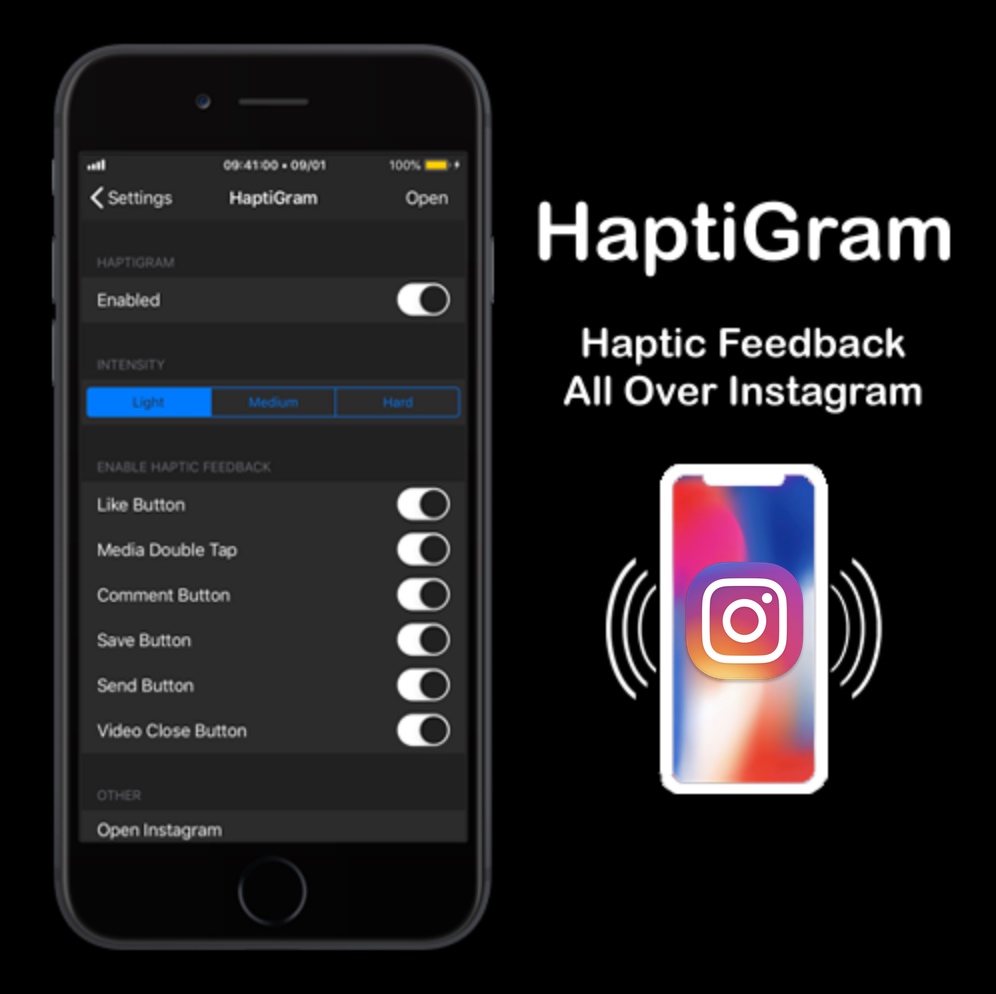 If you’re a jailbreaker that uses the Instagram app and also happens to enjoy subtle vibrations when performing actions (better known as haptic feedback), then we think you’ll take a particular liking to a newly released jailbreak tweak called HaptiGram by iOS developer iCraze.

As you may have inferred already from the context clues above, HaptiGram integrates haptic feedback into various actions performed in the official Instagram application for iOS. According to the developer, haptic feedback can be felt when doing any of the following things:

Like many haptic feedback tweaks before HaptiGram, this tweak lets you adjust the haptic feedback intensity. You can configure this and much more from the tweak’s preference pane, which gets added to the Settings app after installation: 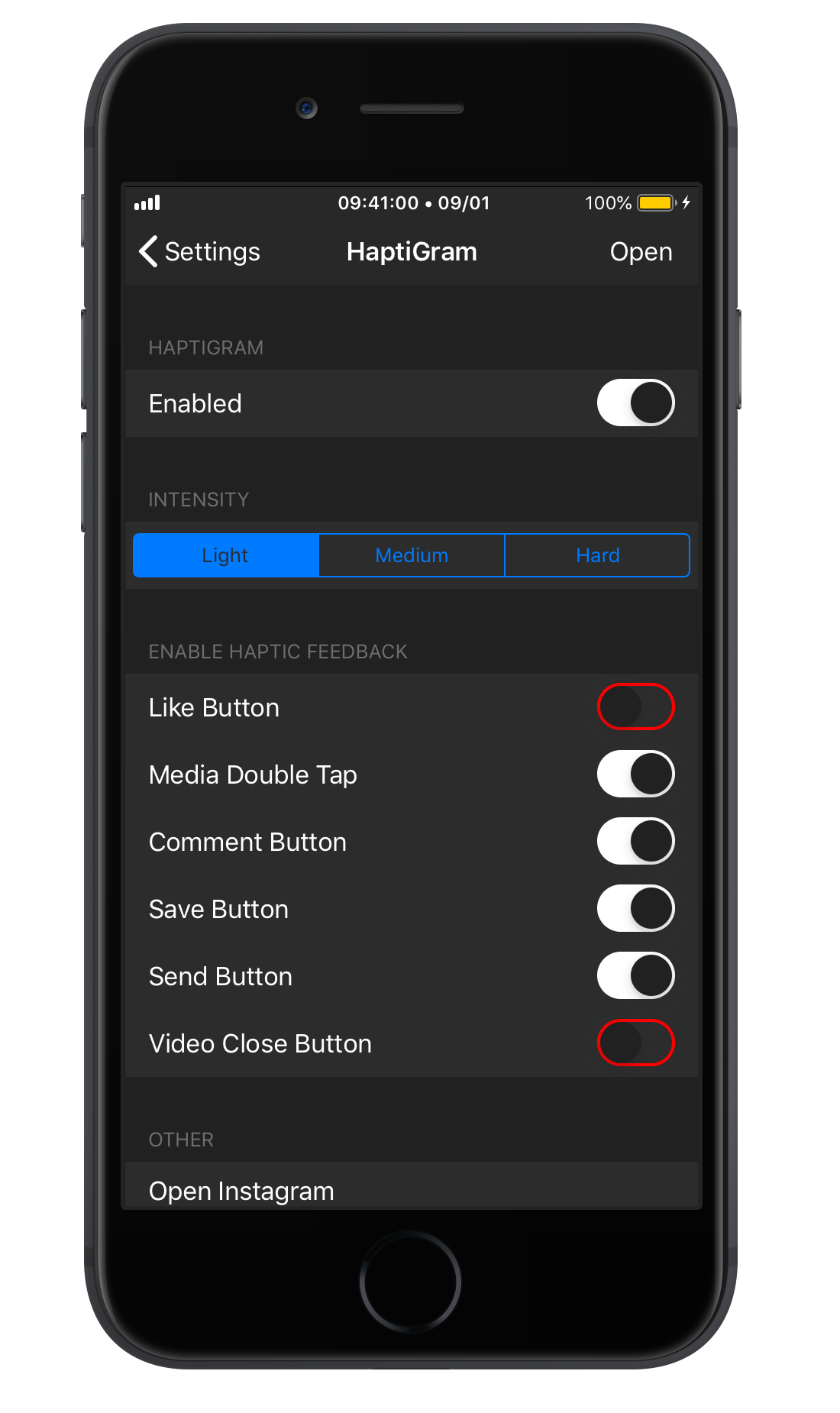 HaptiGram works with jailbroken installations of iOS 11 and later and works with the latest version of the Instagram app, which at the time of this writing is v117.0. If you’re ready to give HapticGram a try, then you can purchase it for $1.50 from the Packix repository in the package manager of your choice.

Do you value haptic feedback in the Instagram app, or does it seem like a gimmick? Let us know in the comments.