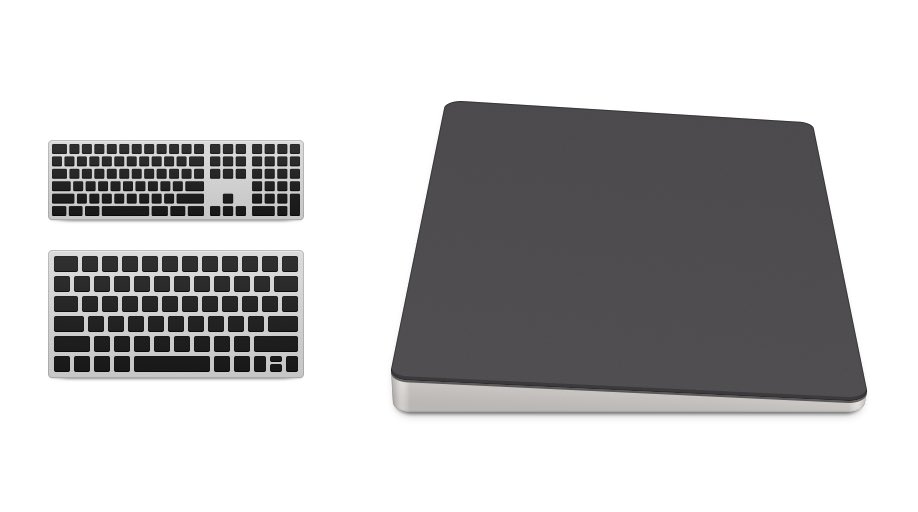 Earlier this year, Apple introduced the brand new, ridiculously powerful and redesigned Mac Pro. Alongside that, some brand new silver and black accessories to go along with it.

At the time we knew about a Magic Keyboard with a silver base and black keys, a striking difference from the silver and white or Space Gray Magic Keyboard options already on the market. In addition to that, a silver and black Magic Moue 2 has not been a secret since the unveiling, either.

However, courtesy of developer Steven Troughton-Smith, it looks like Apple is also working on a Magic Keyboard without a number pad that rocks the silver and black color scheme. That’s based on an image shared by Troughton-Smith on Twitter today, which you can see at the top of this article.

However! It’s also possible that Apple does the nice thing here and makes these wireless accessories more widely available sometime after the Mac Pro launches. Let’s not forget that the Space Gray Magic Keyboard and Magic Mouse 2 were exclusive to the iMac Pro when it launched, but now you can buy them as standalone accessories if you are so inclined.

So maybe we’ll see that happen with the silver and black options, too.