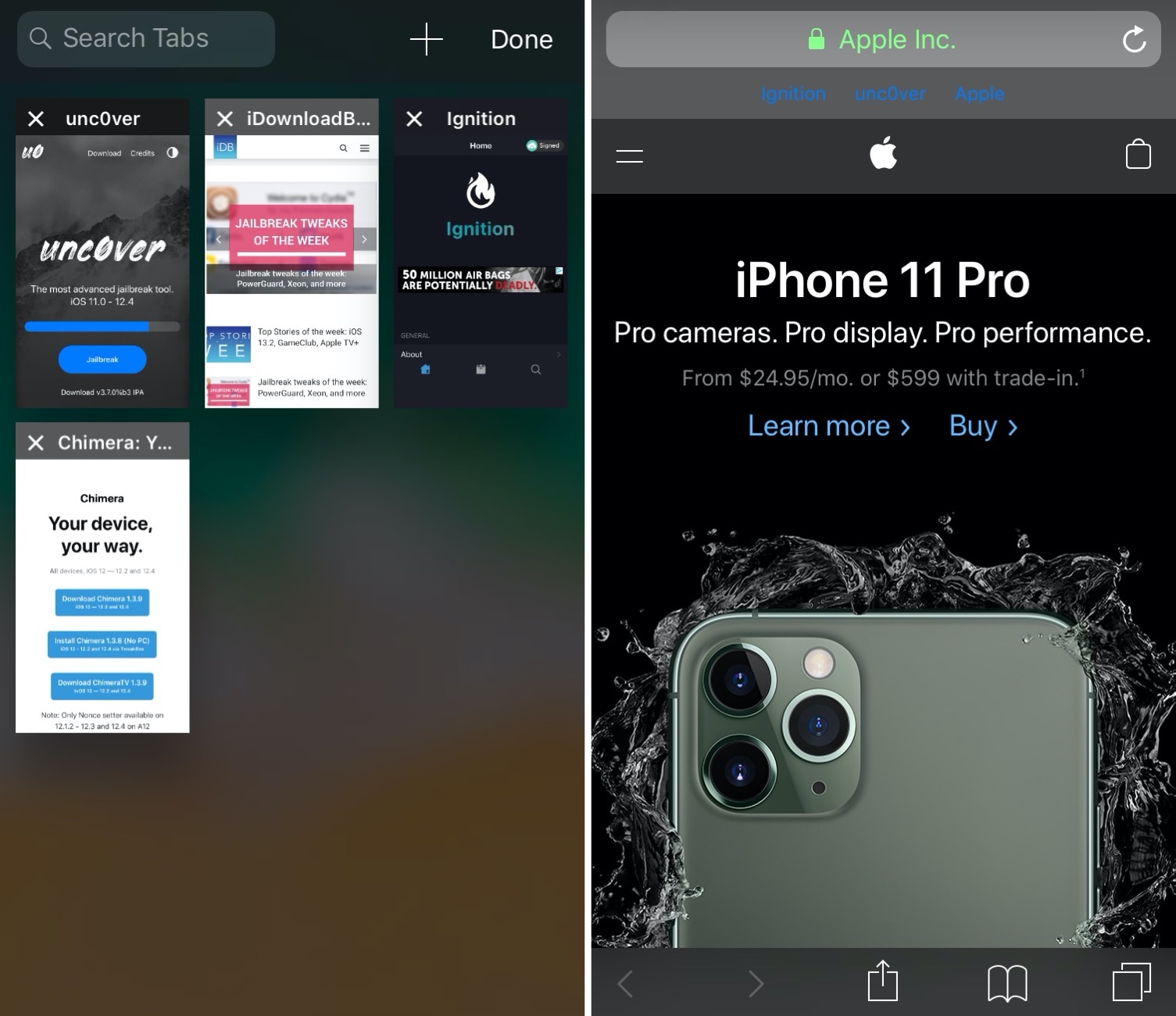 Apple pours tons of developmental resources into its mobile Safari web browser to make things as fluid as possible for the end user, but that doesn’t change the fact that Safari lacks some features that might be considered useful, especially when moving from Safari for iPad to Safari for iPhone.

If you agree with the statement above, then you’ll want to check out a newly released jailbreak tweak dubbed Safari Electro by iOS developer Minazuki. As you may have inferred from the screenshot examples above already, this tweak supercharges the mobile Safari web browser on the iPhone and iPad with power user features.

Safari Electro brings countless improvements to the Safari app on iPhone and iPad, but some of my favorites are the inclusion of the iPad-style tabbed browsing and switcher that permit faster and more efficient web browsing on the iPhone and iPod touch and the full-featured bookmark bar.

Other features Safari Electro brings to the table include: an always dark keyboard, a denser Favorite website layout with up to 6 columns, and an always-on private browsing mode. 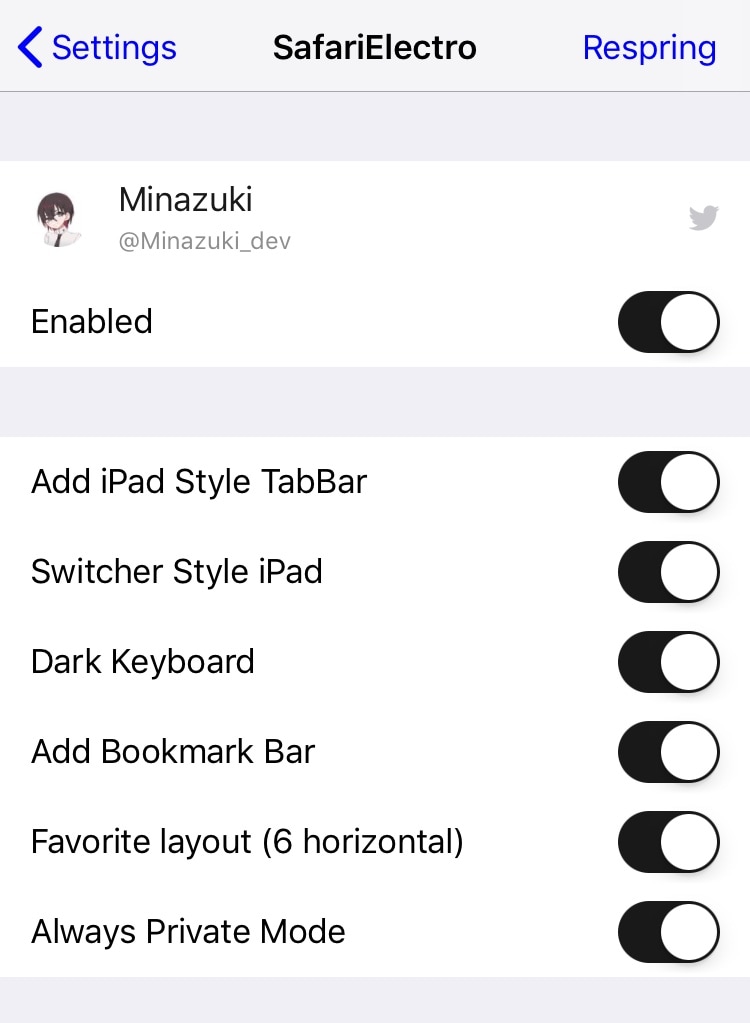 The developer provides a Respring button at the top right of the preference pane so that you can save changes on demand. Failing to respring after making changes could result in unsaved settings.

After trying Safari Electro for myself, I found that it adds a bit of lag to the web browser on older handsets such as the iPhone 6, but I’d expect to see much less lag (if any at all) on newer devices such as the iPhone 8 or newer. That aside, the small lag on such an old device is what I would consider a fair trade-off for substantial usage improvements.

If you’re interested in trying Safari Electro for yourself, then you can download it for $1.00 from the Packix repository in Cydia or Sileo. The tweak supports jailbroken iOS 11 and 12 devices but is unfortunately not supported on A12(X) devices.

Will you be augmenting your mobile Safari browsing experience with Safari Electro? Let us know in the comments.