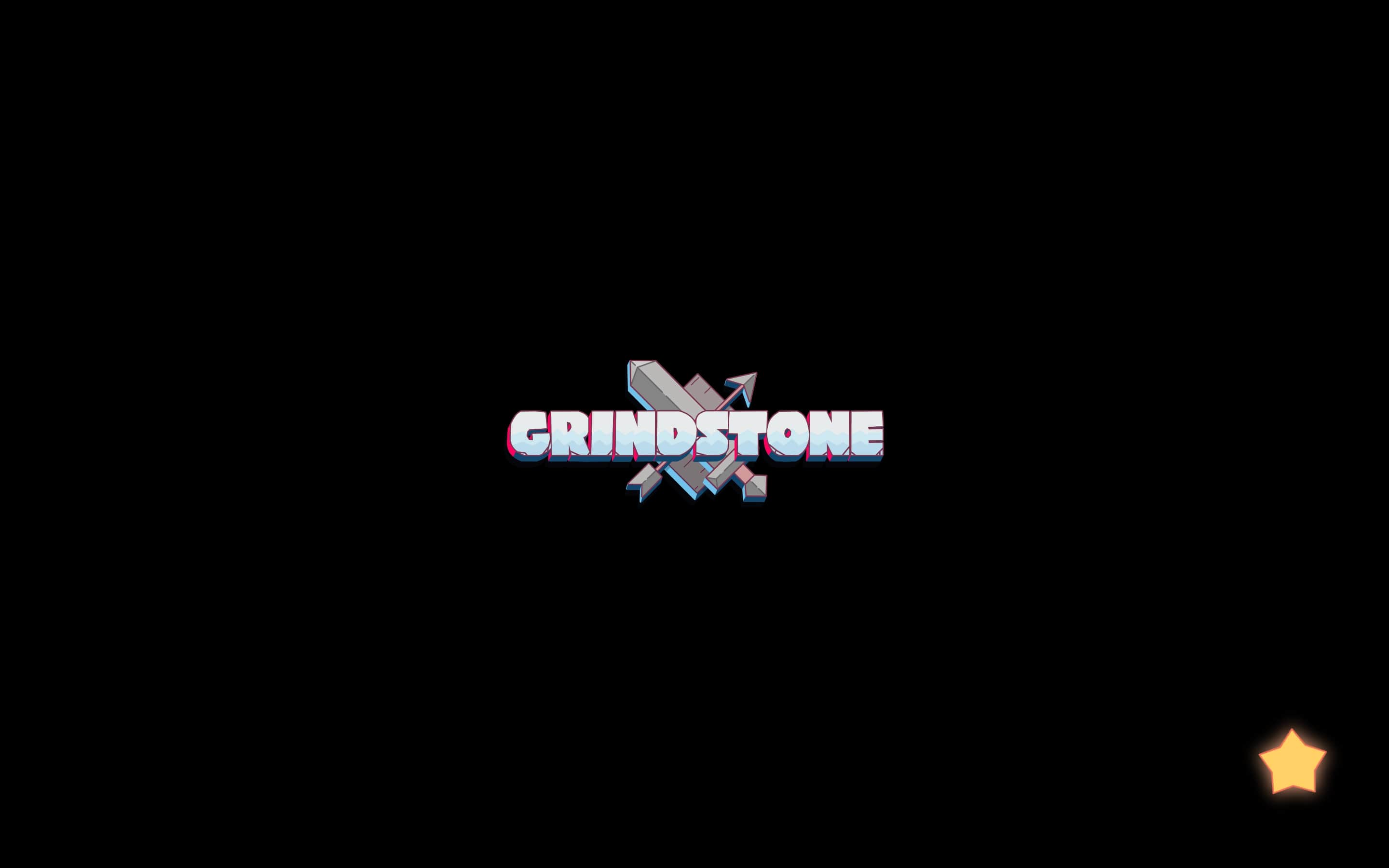 If you’ve been gaming for a while, you’re probably familiar with the Capy Games studio. If not, you’ve probably played some of its games. The studio is responsible for a lot of indie games, including working with Superbrothers to bring Superbrothers: Sword & Sworcery EP, one of the best games you can experience on the iPhone, in my opinion.

Now, after a while, Capy is back with a new puzzle game, Grindstone. This game has big shoes to fill, unlike many other games on Apple Arcade. So this game lives up to the (my) expectations? Let’s find out in today’s Arcade review.

Grindstone is a puzzle-battle game from Capy. You’ll play as JORJ, a Stonegrinder who’s making his way through the Grindstone mountain, which has been overrun by all sorts of creatures called creeps. The job of a stonegrinder is simple, you smush enemies and collect grindstones. You’ll help him in his adventure using his sword and your intelligence to defeat small monsters, big monsters, and even bigger monsters. 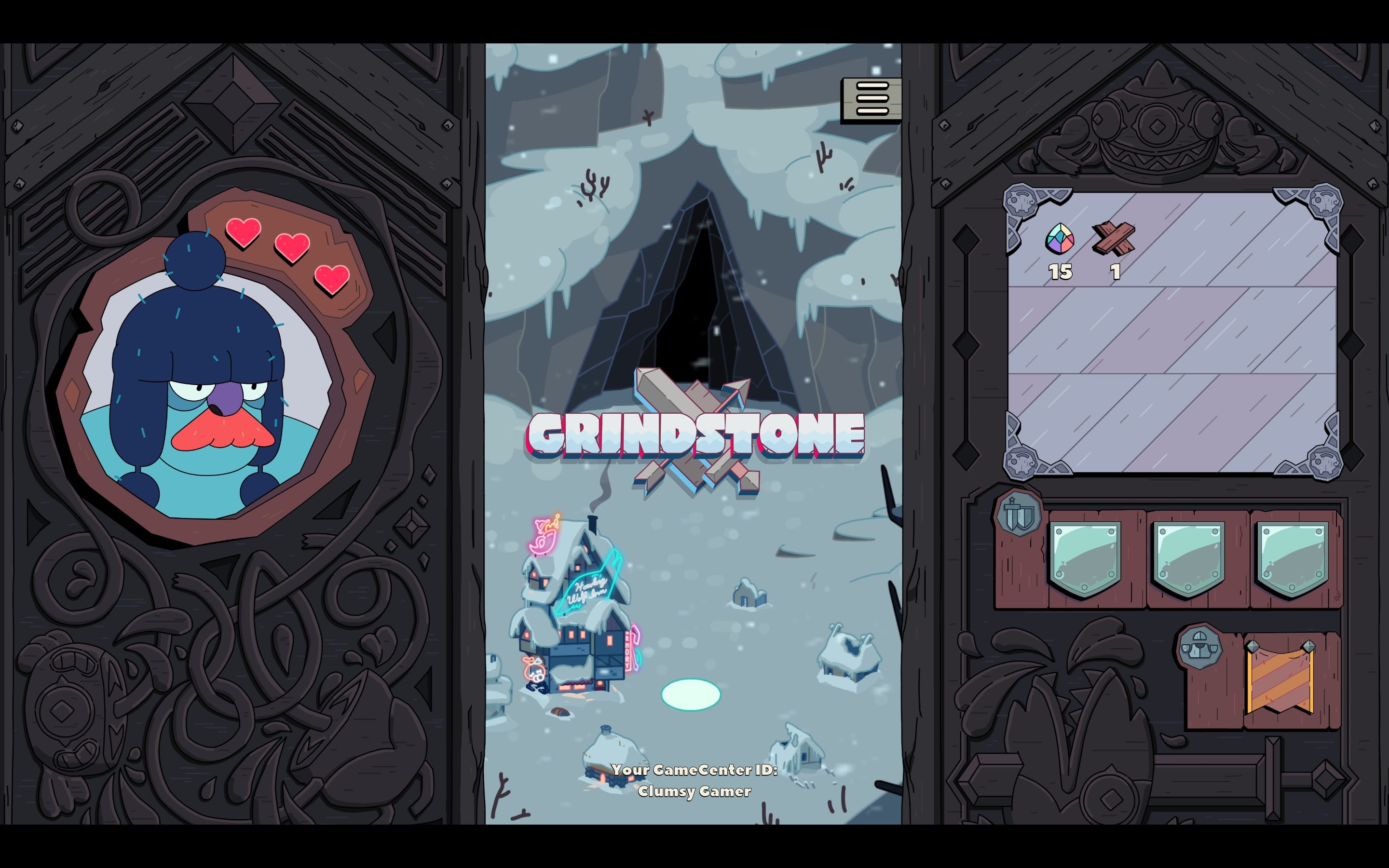 There are over 150 levels, so you’ll need to grind to reach the top. It doesn’t really feel like a grind, though, as the game is really entertaining and somewhat addictive.

Speaking of grindstones (smooth transition), these are the main objective on each level. The grindstones can be obtained after you chain 10 or more enemies in one turn. Inside a level, the grindstone will help you change the color of your target, more on that later. Outside each level, you can use the grindstones you collect to buy different things, like hearts. 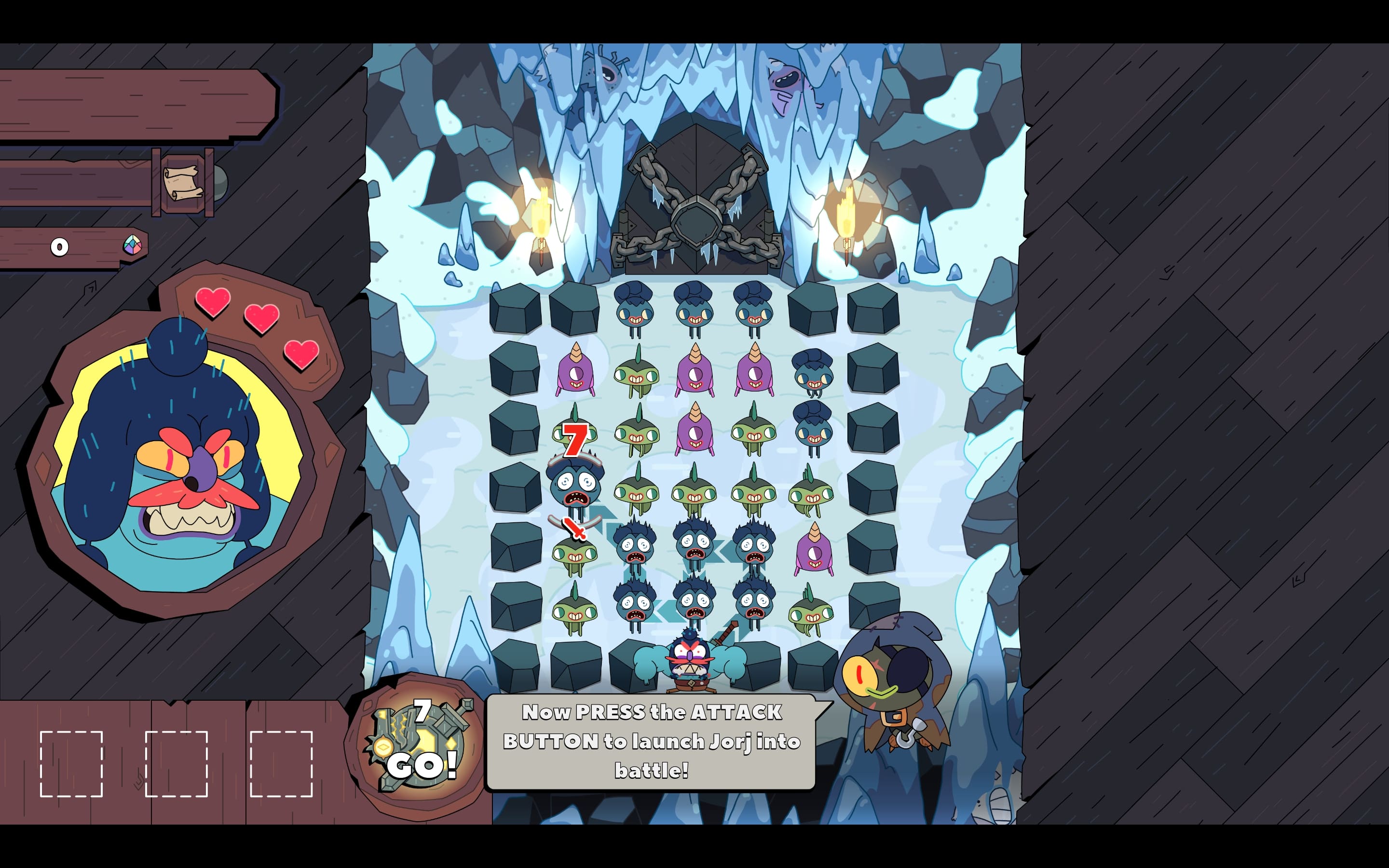 Grindstone’s gameplay is extremely simple and fun. You’ll control JORJ’s movements throughout the board. Initially, he can only attack creeps that have the same color he does (blue). You can attack more than one creep at a time, but only if they’re close enough for you to make a chain. If you chain 10 or more creeps you’ll get a grindstone. The bigger the chain, the better the grindstone. Grindstones will drop somewhere around the path you just created with the corpses of your enemies. You can make another chain to get to the grindstone and it will let you attack monsters of other colors, making an even bigger chain.

Like I said, simple. Don’t underestimate it, though, as the game gets harder as you go higher up the mountain. For example, you’ll have to see what you kill and where you leave JORJ at the end of each turn because some enemies will attack back if you don’t kill them first. You’ll probably have to try some levels a couple of times before getting it right. However, that’s part of any puzzle game, and like I said before, the grind in these levels is not so bad. It’s really fun to do.

Regarding this game’s aesthetics, they’re really well done. Each character feels different than the others, and they express their own personality through their style. The enemies are also different, and even adorable. You might even feel bad killing those poor suckers.

The game’s animations run smoothly and you can feel the anger in each of JORJ’s slashes. That’s  thanks to the help of its sounds and music. They’re also really good and they make the attacks feel satisfying.

Here’s the announcement trailer for Grindstone:

Overall, Grindstone is an amazing puzzle game. Its smooth mechanics and colorful environment make you enjoy this game from beginning to end. Whether you want to play casually or get to the top of the mountain, you’ll get hours of fun, creative brain teasers.