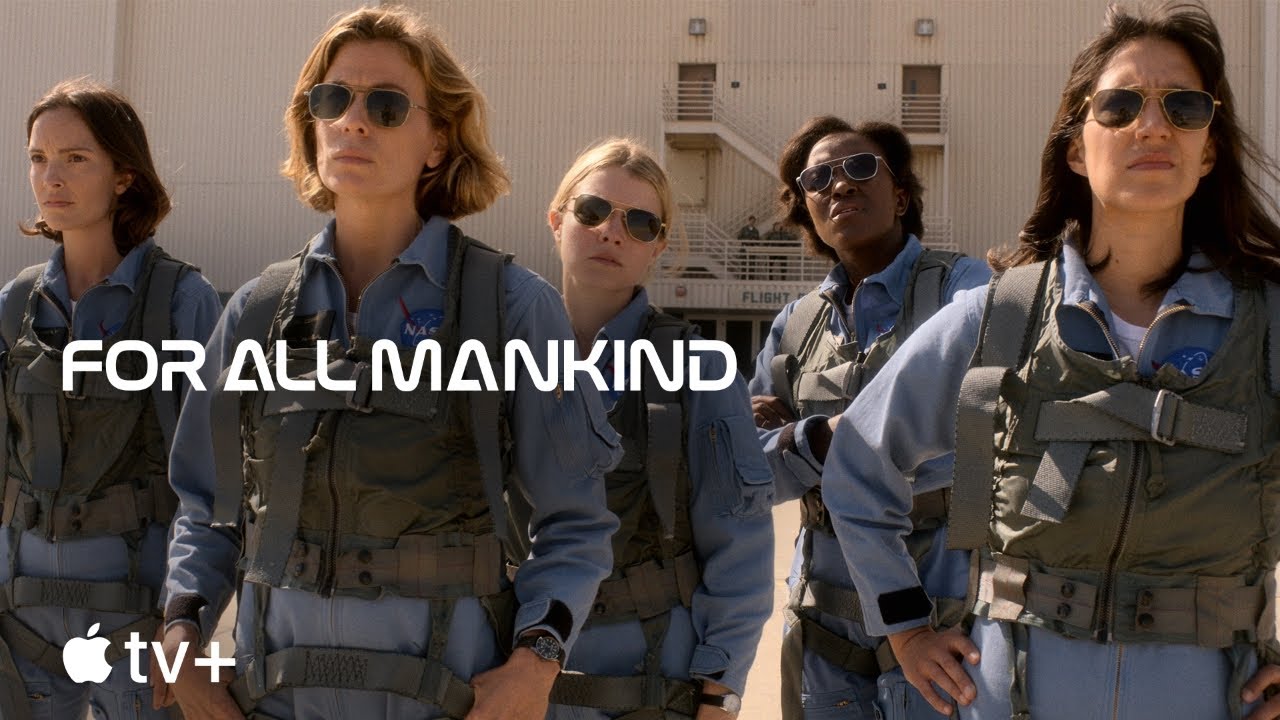 Apple TV+ is set to launch on November 1. When it does, several episodes of the sci-fi drama For All Mankind will be available to watch right out of the gate. And it sounds like the creators of the show have a lot planned for future seasons.

We already know that the new drama has been renewed for a second season, but according to a new profile on the upcoming streaming service from WIRED, there may be a lot more in the works. The report is an in-depth look at Apple’s wading into the streaming waters, and has a lot of interesting bits regarding demographics (or a lack thereof) and, perhaps most interestingly, a quote about the upcoming sci-fi drama that suggests we could be in for a lot of space travel.

Ronald D. Moore pitched For All Mankind as a love letter to space travel, seeing it as a way to help inspire hope in a fictionalized world where Russian cosmonauts were the first to reach the moon, not American astronauts. As a result, the “space race” never ended, and the show will show the lives of astronauts, engineers, and their families as they try to tackle the next seemingly impossible hurdle to reach new goals.

It turns out Moore has a lot of seasons in mind for the sci-fi drama. Seven, to be specific. According to the report, Moore and the writers envisioned the show going that long, with storyboards, character profiles, and timelines mapping out the drama.

On the wall, a series of timelines and character profiles helped illustrate how the show might progress over the seven seasons that Moore and his writers had broken down. ‘The level of detail was overwhelming,’ Erlicht says. ‘Every aspect of the butterfly effect that would happen from the slightest change in that event.” The executives walked out into the hallway, grinned at each other, and negotiated which one of them was going to give Moore the good news.’

Of course, nothing is guaranteed when it comes to TV. Planned seasons are great and all, but it doesn’t necessarily mean that the writers, director(s), or producers will actually make that happen. The benefit of using Apple TV+, which is a premium subscription model, is that the company can keep the show running for as many seasons as the creatives need if they do choose to.

The reason being is that there aren’t any ads on shows like For All Mankind or Dickinson, or any show streaming on the service for that matter. So the content doesn’t need to reach any specific goals in that department. Apple TV+’s co-chief, Zack Van Amburg, even confirmed in the profile that the streaming service won’t be racing after any specific demographics.

Instead, he says that Apple TV+ is choosing its programming based on quality:

Of course, TV show cancelations aren’t gone completely even with the transition to streaming. Netflix has made a name for itself for seemingly canceling some shows only a couple of seasons in, despite the content appearing to have a vocal following. Meanwhile, other shows get much further into season runs.

The reason there is some mystery here is because Netflix doesn’t report any real viewing numbers. Sure, the streaming giant might announce which of its shows might have seen the most viewers throughout a given year, but as each season of a TV series airs the company isn’t divulging just how many people are tuning in on a regular basis.

It’s not like Netflix has a weekly metric like standard TV series do, though. So many of Netflix’s shows make the full season available on day one that many viewers can probably finish the whole thing within a week, if not sooner. (That will be the case with the upcoming Dickinson, starring Hailee Steinfeld (Bumblebee, The Edge of Seventeen), which will have all episodes available to watch on day one.) Meanwhile, upcoming shows like For All Mankind will only have three episodes to watch on day one, with each subsequent episode being spaced out by a week.

It sounds like there is a lot of content to jump into with For All Mankind, so hopefully we get to see the total vision from Moore and the other writers before the show ultimately does come to an end. It will be interesting to see if Apple wades into revealing viewership numbers for its content.

The full report from WIRED is definitely worth a look leading up to the November 1 launch of Apple TV+. Are you looking forward to For All Mankind?