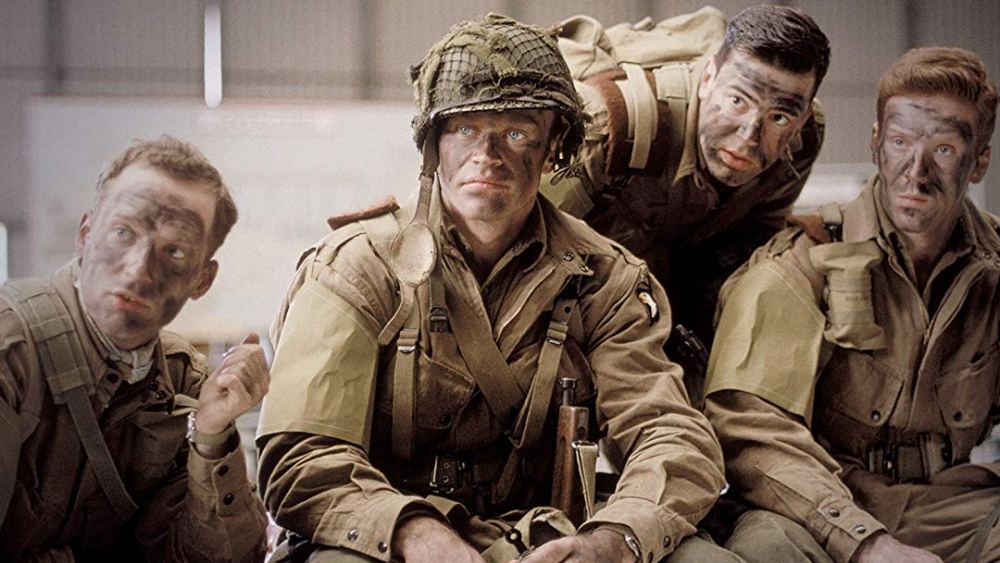 Despite the fact that Apple TV+ is brand new, it looks like the upcoming streaming service is getting in on the spiritual successor game.

Variety is reporting that Apple’s first in-house production will be led by the company’s heads of worldwide video, Zack Van Amburg and Jamie Erlicht, setting up Apple’s own production studio to develop a new World War II drama called Masters of the Air. This is being billed as a follow-up series to Band of Brothers (pictured above) and The Pacific, both of which aired originally on HBO.

Masters of the Air will arrive exclusively on Apple TV+ at some point in the future.

Based on the book by Donald L. Miller, “Masters of the Air” is said to follow the true, deeply personal story of the American bomber boys in World War II who brought the war to Hitler’s doorstep. The series is being written by “Band of Brothers” alumnus John Orloff, who is also a co-executive producer. The critically acclaimed “Band of Brothers” miniseries aired on HBO back in 2001, and featured “Homeland” and “Billions” star Damian Lewis in one of the lead roles. The show won a handful of Emmys and a Golden Globe, while its successor “The Pacific” was also an awards season success.

This could be a big deal for Apple. This is the company’s first in-house production for Apple TV+, and it appears the company is going big. Both Band of Brothers and The Pacific were bombastic in scale and scope, huge productions in the end. BoB originally aired between September 9, 2001, and November 4, 2001. Meanwhile, the first episode of The Pacific aired in 2010.

Up to this point, every TV show and film that Apple has announced for Apple TV+ has been a deal worked out with another production company.

Will Masters of the Air be any good? We’ll have to wait and see, but unfortunately there is no word on when this World War II drama will arrive on Apple TV+.