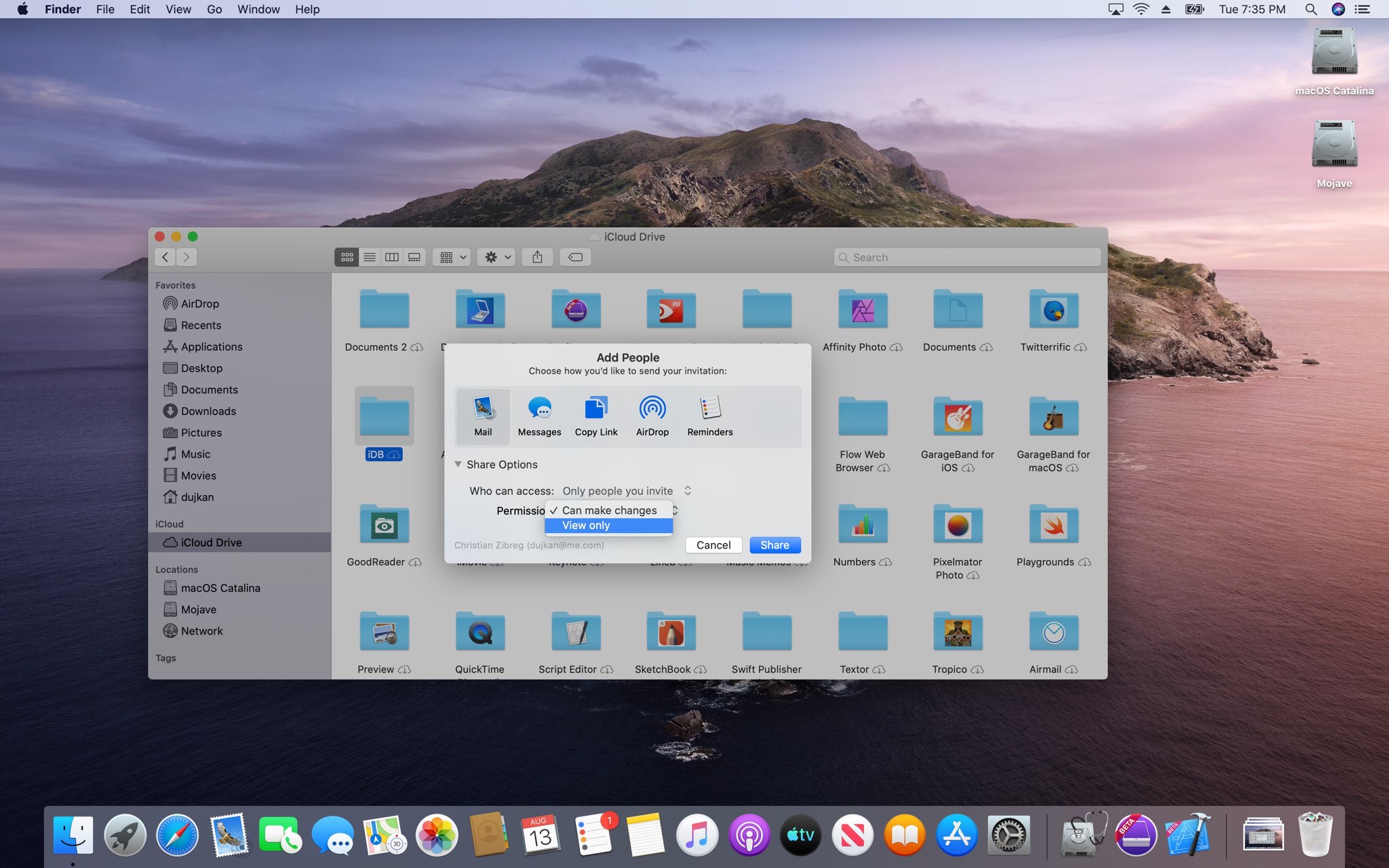 The iCloud folder sharing feature in macOS Catalina 10.15, which released Monday for public consumption, seems to have been officially delayed until spring 2020.

According to the updated macOS Features webpage, iCloud folder sharing is now scheduled to arrive in spring of next year versus the original tentative “later this fall” release date.

The feature was meant to replicate similar functionality present in cloud-storage services such as Dropbox, Google Drive and Microsoft’s OneDrive. Mind you, Apple customers have been able to share individual files in their iCloud Drive for some time now. However, sharing whole folders with others would certainly help put iCloud Drive on equal footing with Dropbox and similar services that have long offered the ability to share folders with one or more people.

The ability to share an iCloud folder with one or more people via a private link first appeared in early iOS 13 and macOS Catalina betas. You could select an iCloud folder on your iPhone, iPad or Mac, then adjust who can access its contents, manage permissions and more.

However, the feature was quietly removed from subsequent betas. It’s nowhere to be seen in the commercial version of the iOS 13 and macOS Catalina software, and now Apple’s quietly updated the macOS Features webpage to reflect the new spring 2020 release date. Curiously, the iOS 13 and iPadOS Features webpages still indicate that iCloud folder sharing is coming “later this fall“ although that could easily be an omission on Apple’s part.

For those wondering, iCloud folder sharing is unavailable in the latest iOS 13.2 beta, too.

The iOS 13, iPadOS and macOS Catalina betas have presented users with a bunch of issues related to iCloud which we don’t normally see in Apple’s pre-release software, ranging from missing or deleted files to weird folders to syncing problems and other various hiccups.

That said, I’m glad Apple‘s decided to postpone the release of iCloud folder sharing. I’d rather wait a little until this feature is ready for prime time rather than see it mess up my cloud files.

Sound off in the comments down below!