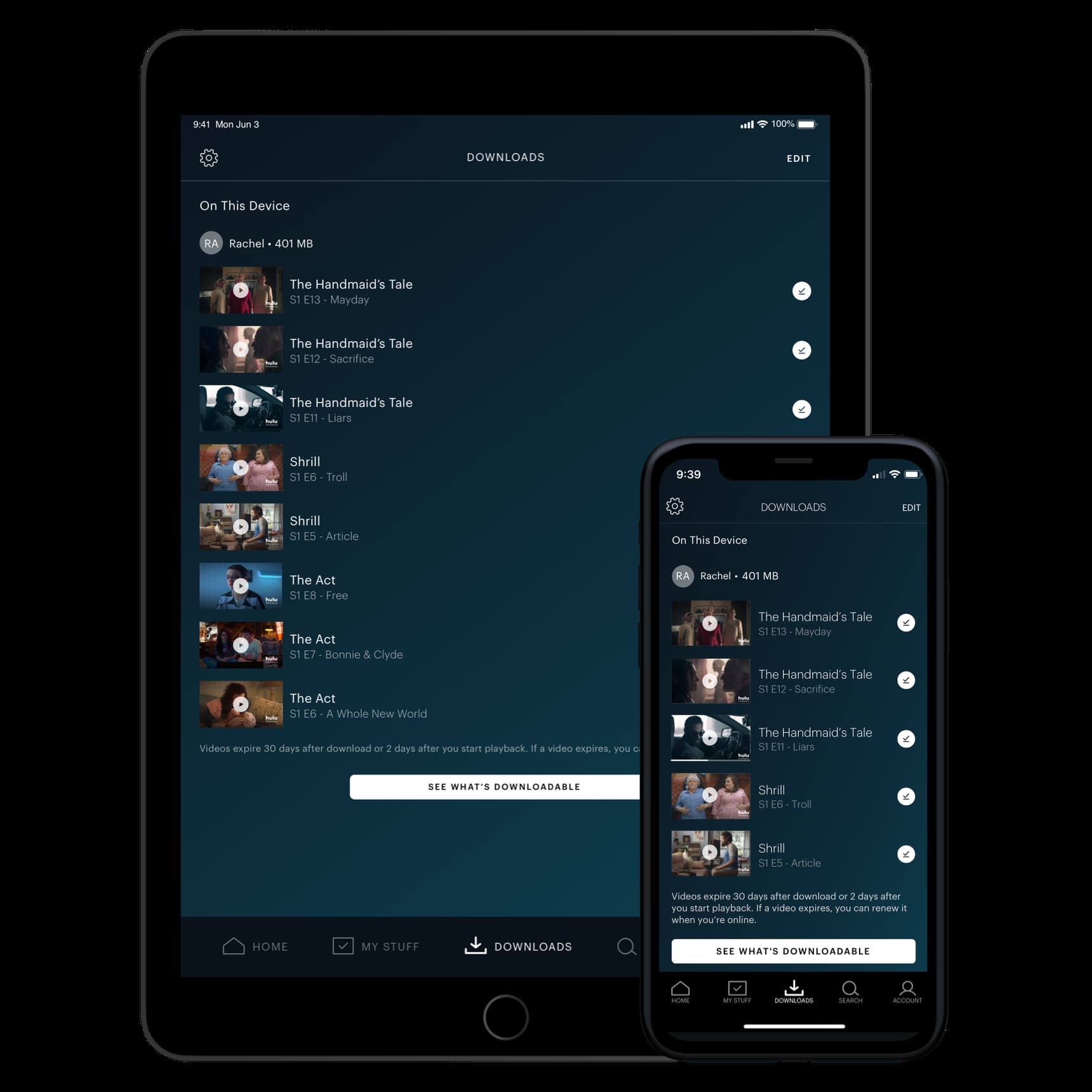 Hulu is finally bringing offline downloads to its mobile app, one of the most oft-requested features for the streaming service.

Hulu announced on Monday that offline downloads is now available for iOS and iPadOS users, and that the feature will be “coming soon” to Android users at some point in the future. This brings Hulu up to par, at least in this regard, with services like Netflix and Amazon Prime Video, and it launches ahead of Disney+ which will also feature offline downloads, as will the upcoming Apple TV+.

The primary caveat here is that offline downloads are not available for all Hulu subscribers. At the time of launch Hulu says the ability to watch content offline that’s been downloaded onto a device is only available for customers on the Hulu (No Ads) plan, which costs $11.99 per month. (Hulu’s base plan starts at $4.99 per month, which has ad breaks.)

There is more to be aware of, though, and that deals with restrictions on the downloaded content you want to watch. You’ll basically have a time limit to enjoy the content you’ve downloaded, but at least you’ll be able to download up to 25 titles across 5 devices:

Hulu isn’t opening the flood gates as far as available content goes to download, either. The company says it has “thousands” of titles to download right now, across TV shows and movies. There is a dedicated downloads tab in the updated Hulu app which will let you see what’s available to download for offline viewing. If you search for something and it’s downloadable, you will see a small icon that will indicate as much, too.

The new feature is rolling out now for iOS and iPadOS users.

Are you excited about this new feature addition?