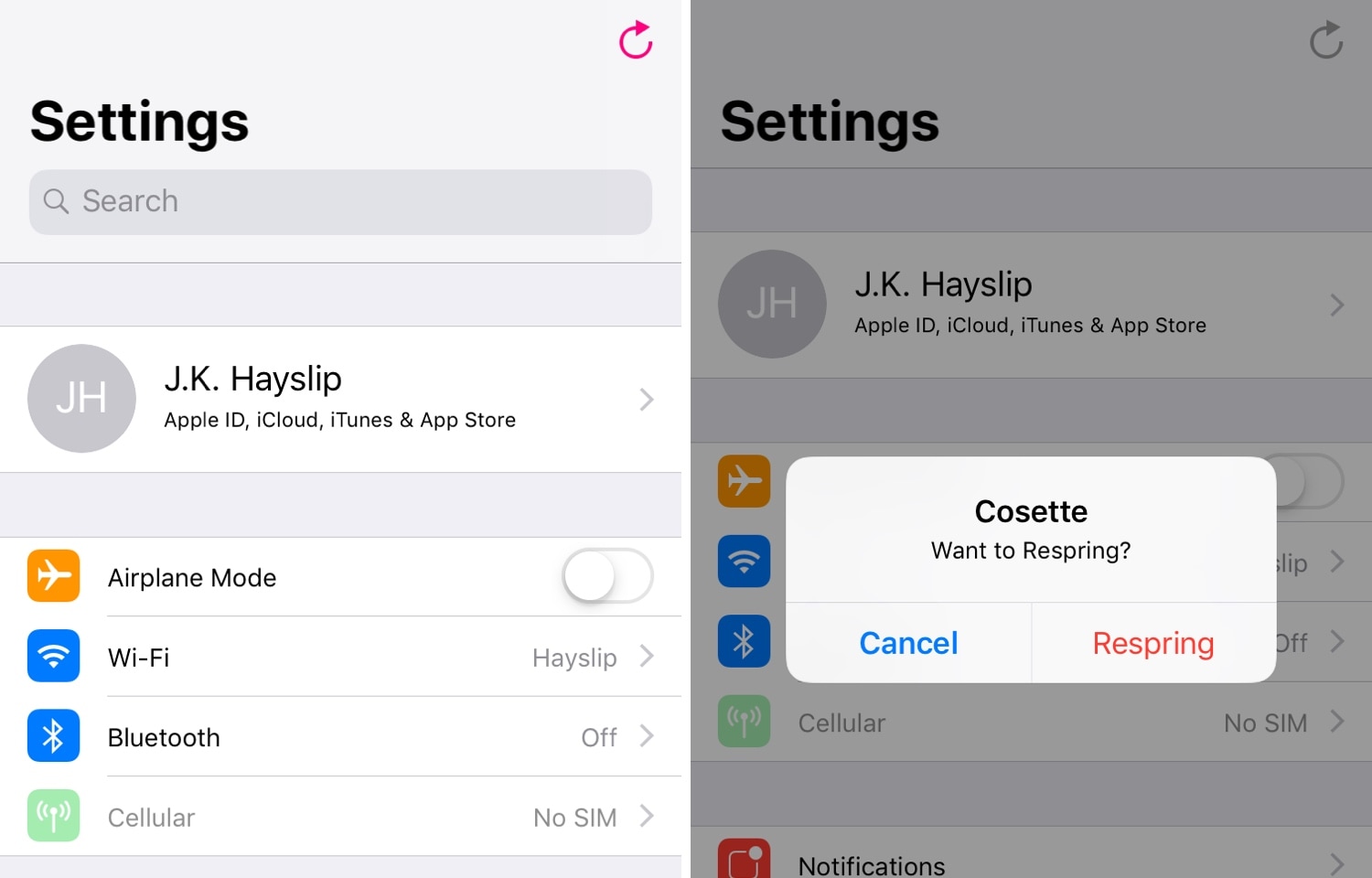 When you have a jailbroken iPhone or iPad at your disposal, the question isn’t ‘if’ you’ll ever respring your device, but rather ‘when.’ Fortunately, there’s no shortage of jailbreak tweaks that make it easy to respring your handset from just about anywhere.

The latest of such tweaks is a new release called Cosette by iOS developer iKilledAppl3, which as the screenshots above depict, adds a convenient respring button to the first page of the native Settings app.

The respring button appears as a red rotating arrow at the top right of the page, and upon tapping on it, the user will receive a prompt that reads, “Want to Respring?” The user can then back out with the blue Cancel button or press on with the red Respring button.

Cosette isn’t any more useful than the bevy of other jailbreak tweaks that help you respring your handset, but it takes a different approach than others. For example, it was just a few months ago when we showed you a tweak called Dragspring that permitted you respring your device by pulling down in the Settings app.

Once installed, Cosette puts a preference pane in the Settings app where you can toggle the tweak on or off on demand: 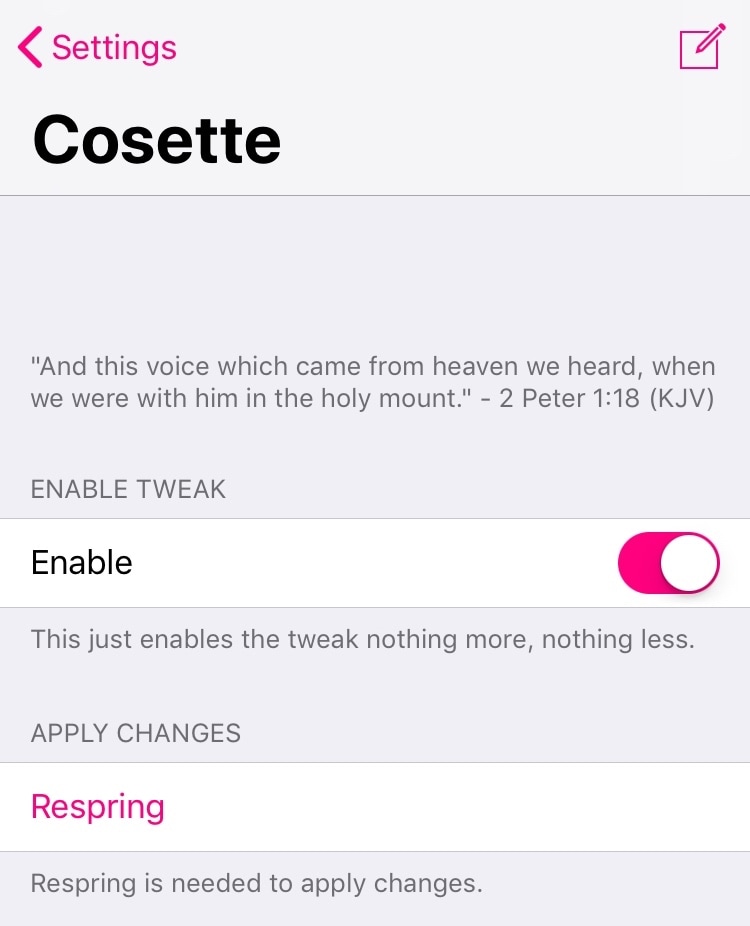 You’ll need to use the Respring button at the bottom of the preference pane any time you change the tweak’s activation status to save your selection.

If the tweak doesn’t appear for you immediately after installation, then you’re advised to try turning the tweak off and on again before respringing, and this should solve the issue.

If you’d like to download Cosette for yourself, then you can snag it free of cost from the Packix repository in Cydia or Sileo. Cosette supports all jailbroken iOS 11 and 12 devices.

Will you be installing Cosette, or do you prefer another tweak for your respringing needs? Discuss in the comments section below.