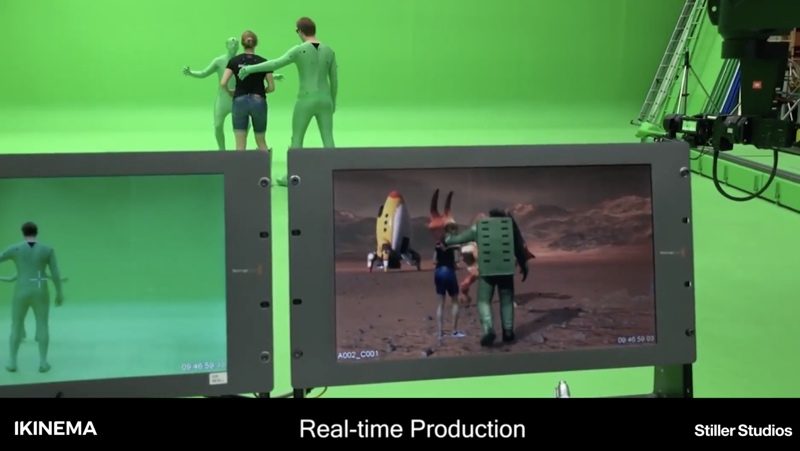 Apple is known to acquire companies from time-to-time, and it sounds like the company has done just that recently.

Update: Apple has officially confirmed, in the way that it typically does, that it has acquired IKinema, as reported today by FT. Here is Apple’s standard statement on the matter:

Apple buys smaller companies from time to time, and we generally don’t discuss our purpose or plans,” Apple said, a statement it uses to confirm acquisitions

As far as what Apple plans on doing with the technology it has acquired, that remains to be seen.

According to a report on Thursday from MacRumors, Apple has acquired a motion capture company called IKinema, which is based out of the United Kingdom. IKinema is known for its animation technology, which the company has distributed for video games, virtual reality, and more. The company’s strong suit was technology that made it possible for real-time motion animation in virtual characters.

IKinema has teamed up with companies like Ubisoft in the past, one of the biggest video game publishers out there. In that partnership, Ubisoft made use of IKinema’s RunTime software for character creation.

IKINEMA’s technology is embraced by development teams the world over to bring their games to life through delivery of high fidelity results in natural character locomotion and greater player immersion within dynamic game worlds, including substantial cost reduction and accelerated production levels by a factor of five times or more to expedite the release of games to market.

At the time of publication, IKinema’s website is mostly disabled, save for a few technical documents that can be found on the site. What’s more, a person familiar with the matter says that IKinema’s partners have been “left in the dark” for weeks now, and that the acquisition by Apple was actually confirmed in a private motion capture group on Facebook just this morning.

Documentation may actually confirm the acquisition as well. A document filed with the government in the United Kingdom indicates that Peter Denwood, who handles Apple’s international affairs, was named the director of IKinema on September 12 of this year. 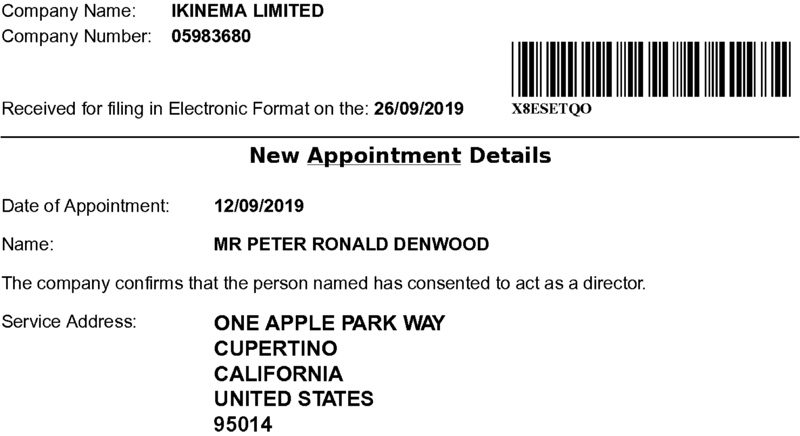 IKinema’s address has also been updated via the same document to 100 New Bridge Street in London. That happens to also be the address of Apple Europe Limited. That change was made on September 26.

So it sounds like Apple acquired IKinema very recently. However, while Apple’s spokespeople usually have a boilerplate response for this type of rumor, the company has not provided a statement on the matter at the time of publication.

If that changes, we will update this post accordingly.

What do you think Apple could do with technology picked up from a company like IKinema?