iOS 13 introduces a plethora of aesthetic changes over iOS 12, but perhaps one of the greatest improvements comes by way of the updated volume and ringer HUD interfaces, which no longer photo-bomb the center of your display when invoked.

You can already port the iOS 13 volume HUD to a pwned device with a jailbreak tweak called 13HUD, but now, you can also port iOS 13’s ringer HUD to your jailbroken handset with a secondary add-on dubbed Ringer13 by iOS developer KingPuffDaddi.

As shown in the screenshot examples above, Ringer13 displays the physical ringer level when it’s being adjusted and also alerts you to when the ringer has been silenced or unsilenced via the physical switch.

You also might’ve noticed that the tweak supports both a dark and light theme, which is fully configurable from the tweak’s preference pane after installation, depending on personal preference: 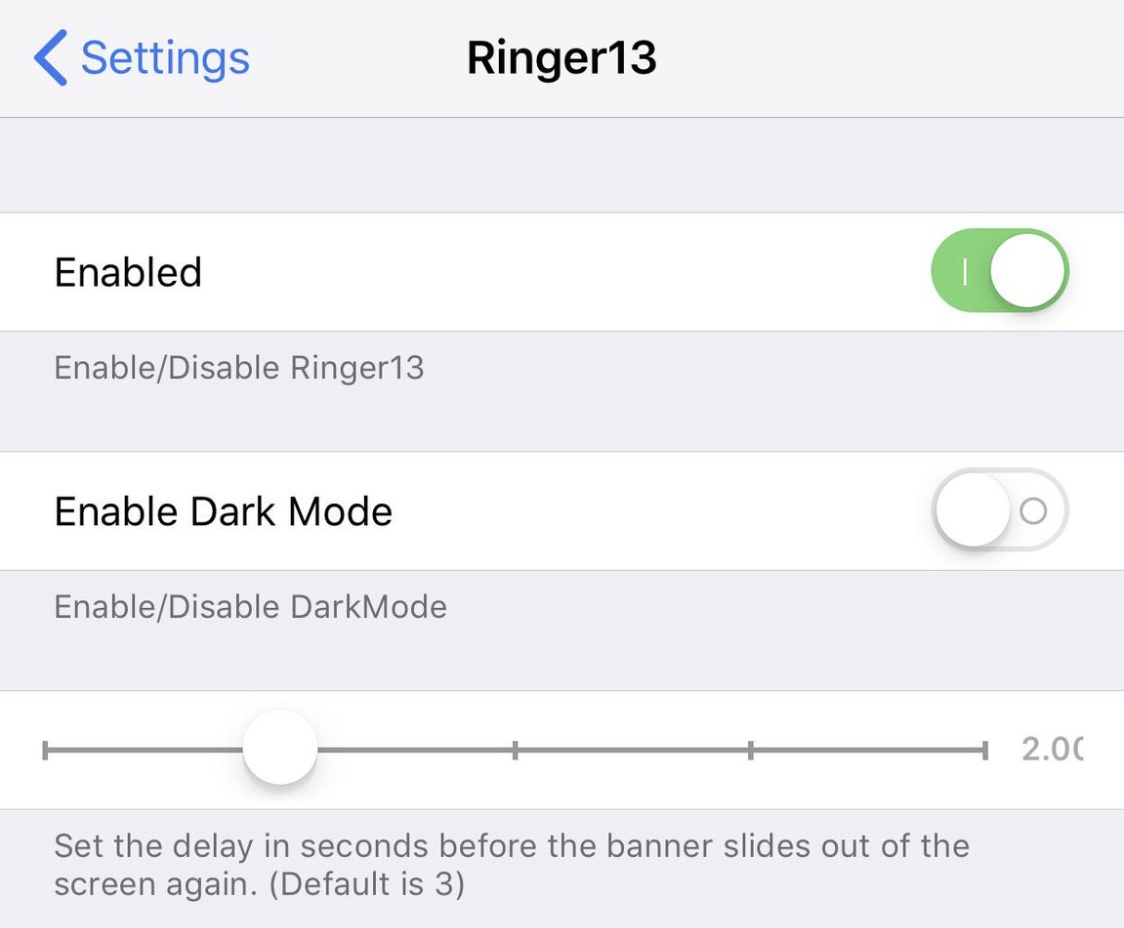 I always like to see newer features being ported to older versions of iOS by way of jailbreaking, and with that in mind, Ringer13 comes with two thumbs-up from me. The tweak is available as a $1.29 purchase from the Packix repository in Cydia or Sileo and supports jailbroken iOS 12 devices.

Will you be adding Ringer13 to your jailbreak tweak arsenal? Let us know in the comments section below.